Here's why Baylor's flag is flying at Spokane City Hall 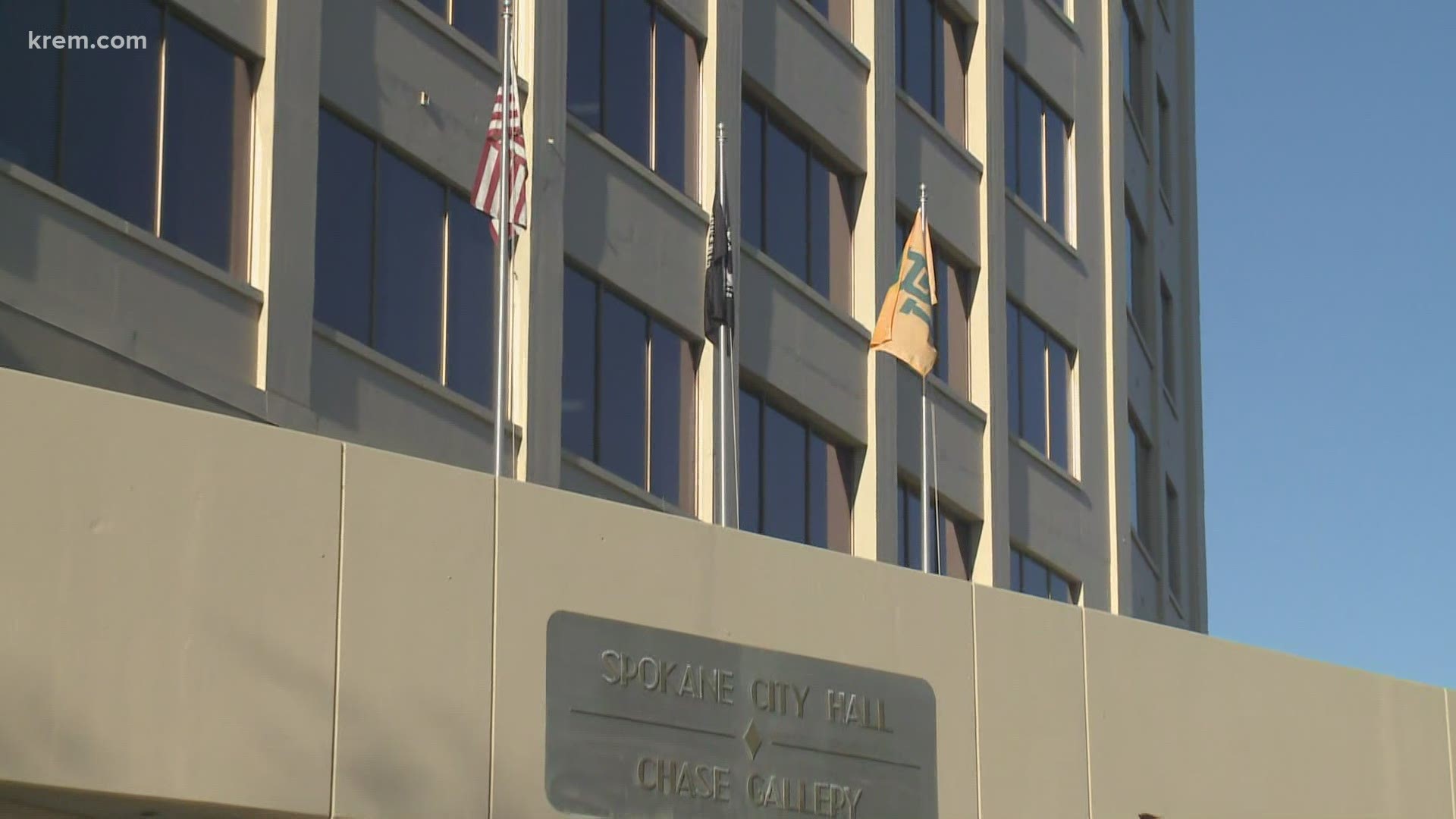 SPOKANE, Wash. — In what might be salt in the wound for some Zags fans who are still mourning the national championship loss, Baylor University's flag is flying at Spokane City Hall.

The #1 Gonzaga Bulldogs came up short of their first national championship in program history with a 86-70 loss to the #1 Baylor Bears in the title game on April 5. In a video posted to the City of Spokane Facebook page on Friday, Gonzaga Bulldogs mascot Spike accepts a package from Texas in City Hall and eventually lands in Spokane Mayor Nadine Woodward's office to deliver it.

Woodward called Waco Mayor Dillon Meek ahead of Gonzaga's faceoff against Baylor in the NCAA national championship to make a friendly wager. Both mayors agreed to fly the winning team's flag above their city hall.

The City of Waco later tweeted a video of Baylor mascots Bruiser and Marigold helping the city send Baylor's flag to Spokane.

In the City of Spokane's video posted on Friday, Woodward said, “Well, Mayor Meek, a bet’s a bet. Your Baylor Bears had a great season and played a great final season against our Zags. You and the rest of Texas should be very proud of your team just like we are of the Gonzaga Bulldogs. Congratulations.”

“Don’t worry, Spike. We’ll get them next year," Woodward added.