'I'm just doing what I can': Malden, Pine City residents begin to rebuild

This week, the Malden and Pine City community will get an update on recovery efforts on Wednesday at 11 a.m. at Malden City Hall. 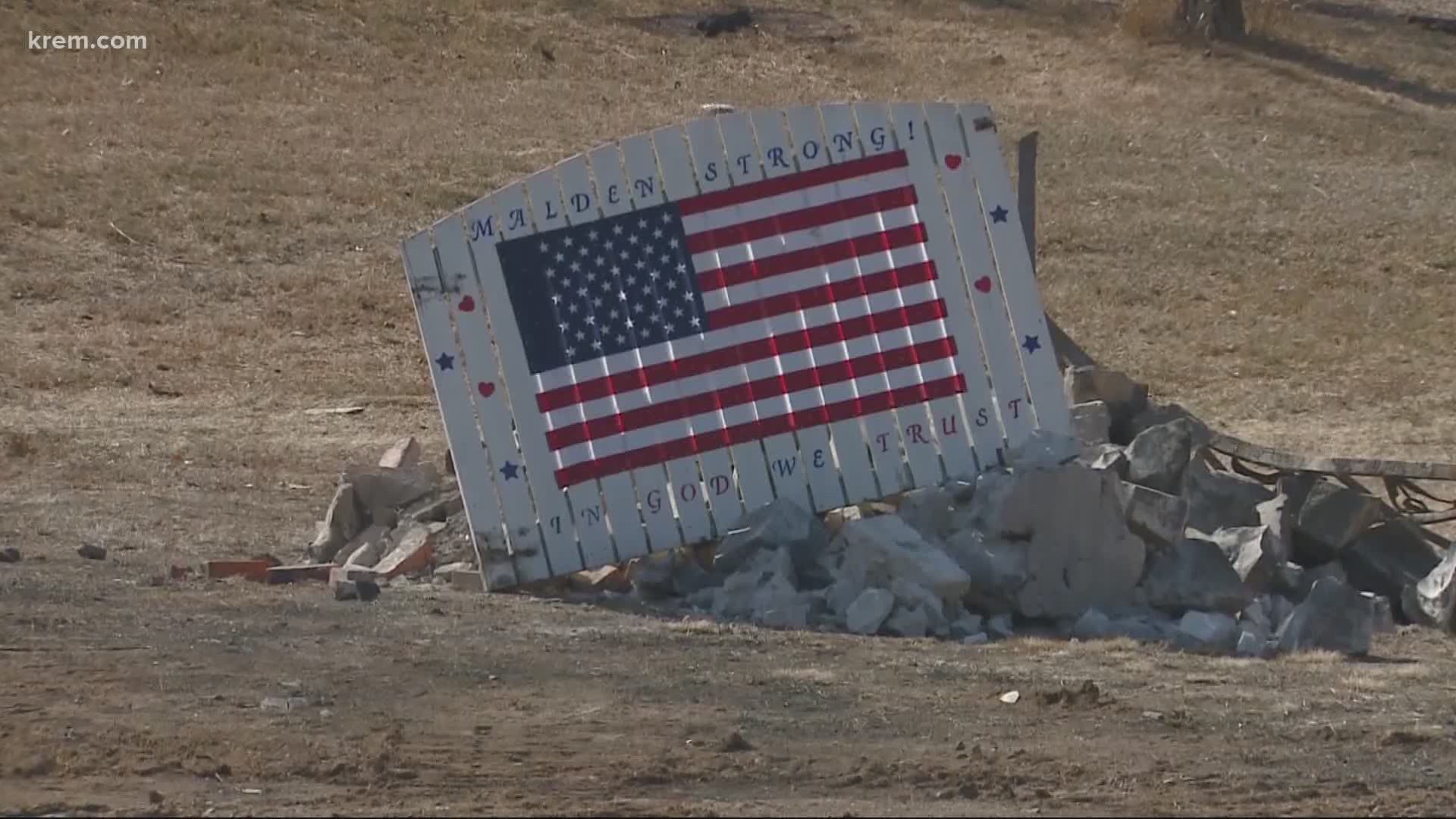 The community is taking its first steps to rebuild, but the town is still without power and water.

"They're currently working on those problems as we speak, it's an ongoing process," Gerry Bozarth with Spokane County Emergency Management said.

But as a reminder the community will get through this, the local Freemasons propped up a sign that reads, "Malden Strong".

Daryle Glasson has lived in Malden for about 25 years.

"It was a good house," Glasson said. "A lot of memories, a lot of keepsakes and pictures. It's all gone."

The day Whitman County Sheriff's deputies told him to evacuate is one he will not easily forget.

"It was coming too fast," Glasson said.

He spent the last few days clearing away fallen trees and debris on what was his home.

"I'm trying to get it off the green grass I've got left," Glasson said.

Although he can still make out where some things used to be, Glasson said home is not as recognizable to his three dogs.

"When I came home, I had to take them over to the fence that way they knew they were home," Glasson said.

He did not have home insurance. But friends of Daryle's brought him an RV to live in temporarily.

"I'm just doing what I can," Glasson said.

This week, the Malden and Pine City community will get an update on recovery efforts on Wednesday at 11 a.m. at Malden City Hall.