The person who owns the old hospital wants to sell the building. City leaders worry that might hurt Colfax, because the money from the tours has benefited the community. 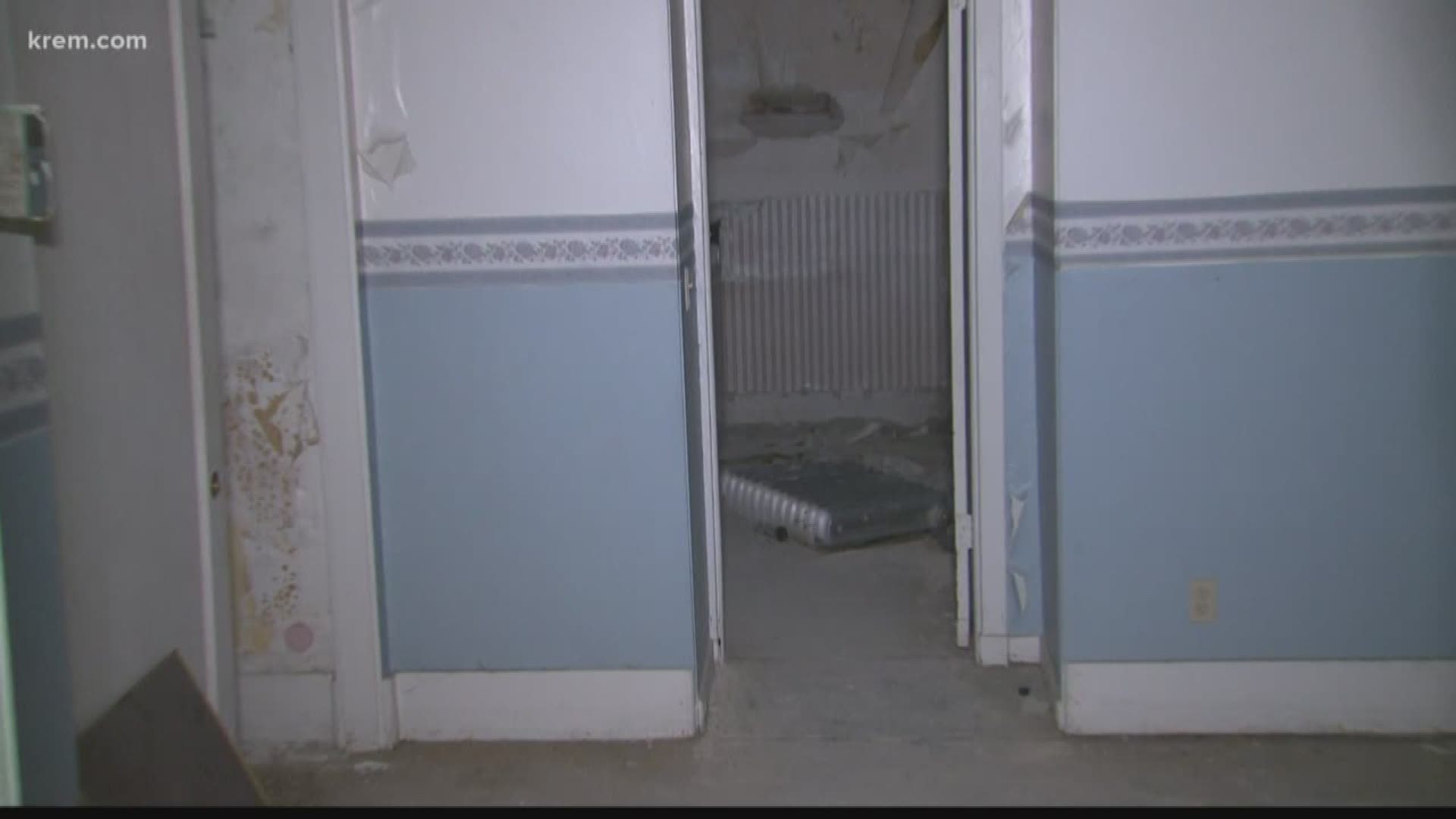 COLFAX, Wash. — There is an old abandoned, and reportedly haunted, hospital in Colfax that has brought in tourists to the small city over the past few years.

Now, the future of the hospital and the popular ghost tours offered there are in limbo. The person who owns the old hospital wants to sell the building. City leaders worry that might hurt Colfax, because the money from the tours has benefited the community.

Originally built in the late 1800's, the old St. Ignatius hospital in Colfax now serves as a spooky destination for paranormal thrill seekers.

"We have heard voices on this floor when nobody else is in the building," said Valoree Gregory, the Chamber of Commerce Executive Director and tour guide for the old hospital.

The peeling paint, the musty smell and the strangely chilly temperatures in this building were enough. When KREM 2 arrived there Tuesday, we heard something weird, too. It is spine-chilling encounters like those that have proven to be fairly profitable for the Colfax Chamber of Commerce.

A couple of years ago, the chamber, with the blessing of the building's owner, started to offer ghost tours

"I've sold out for 4 years in row. I have a waiting list of people to get in," Gregory said.

This translated into tens of thousands of dollars for the chamber. Money that is reinvested into the community and grants for businesses. Gregory said people from as far as the east coast have come to Colfax and spent their money in the small city.

The popular tours are on hold as the building's owner, who lives in California, looks for other options. An online flyer lists the old hospital and surrounding land for sale. It is listed for a little under 200,000.

Gregory said they have had a good relationship with the owner but now hope someone else will step up to the plate.

"If it can be preserved for a little while longer, we can continue making money and make money for them, whoever buys it," Gregory explained.

Gregory also said even if the ghost tours were to stop, this building would be a vital asset to Colfax if it were revitalized. She said it could be a prime spot for apartments, restaurants and retail.

For now, it is staying in its creepy state. Gregory said she is still fielding calls from interested thrill seekers.