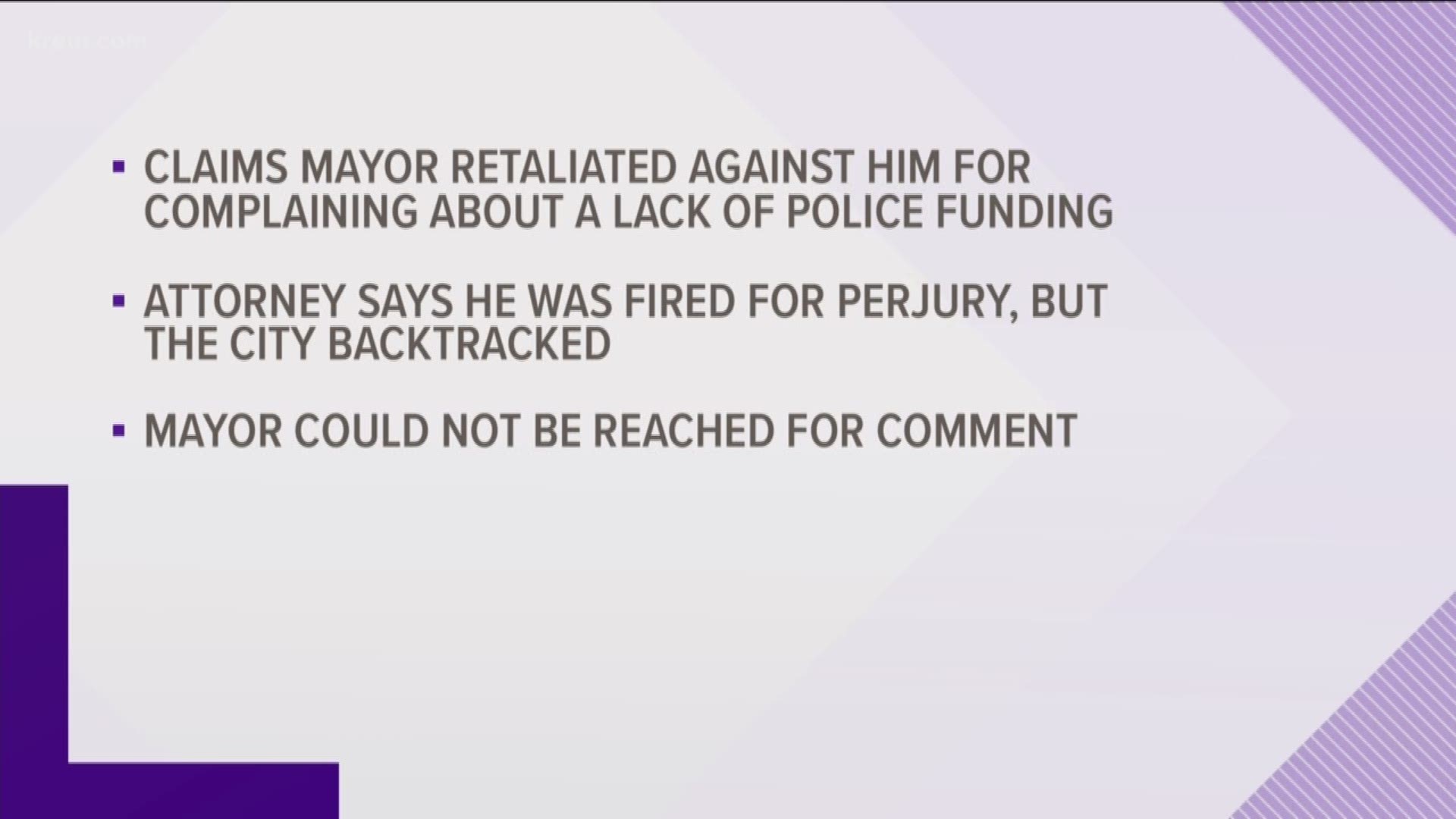 Dunn said the suit notice will be filed by the end of the week. He said the suit is based on the grounds that McNannay was wrongfully terminated, and that Vanek libeled and slandered McNannay to the point he won't be able to find employment as a police chief in the future.

"We’re suing to reinstate him as chief, get his back pay, and then we’re going to sue for slandering and libeling his professional name under the tort of outrage and casting him in a false light, essentially ruining his ability to be employed as a police officer or police chief," Dunn said.

McNannay was fired in January 2018, Dunn said, after he raised concerns that the underfunding of the police department was causing a potentially dangerous environment for citizens.

RELATED: 'This is our last resort': McCluskey family suing Univ. of Utah for $56 million

Dunn claims that Vanek set out to destroy McNannay's career in retaliation for these complaints.

"When [McNannay] was told to shut up, mind his own business, stay within his lane as a police chief, he complained even more about the issues that he was raising and the safety concerns," Dunn said. "And then he was caught up in a vendetta to terminate his career, and that’s what ultimately happened."

Dunn said McNannay was originally fired for perjury, but that the mayor then backtracked after it was determined that McNannay didn't commit perjury. However, Dunn claims that McNannay was offered to bring him back to the force as a patrolman and not chief as a disciplinary measure.

When asked if McNannay would settle with the city, Dunn said they would if the City of Colfax meets all of the demands in the suit, but that he doesn't see that as very likely..

"I don't know what it would be. What they did was destroy this man's reputation and his livelihood," Dunn said.

This isn't Dunn's first time representing a police officer taking action against a city, as he said he represented a Spokane Police Department detective about four or five years ago. He said that case went all the way to a trial.