In May 2016, supervisors started investigating sexual harassment allegations made against Hargraves after another police officer reported them to a sergeant. 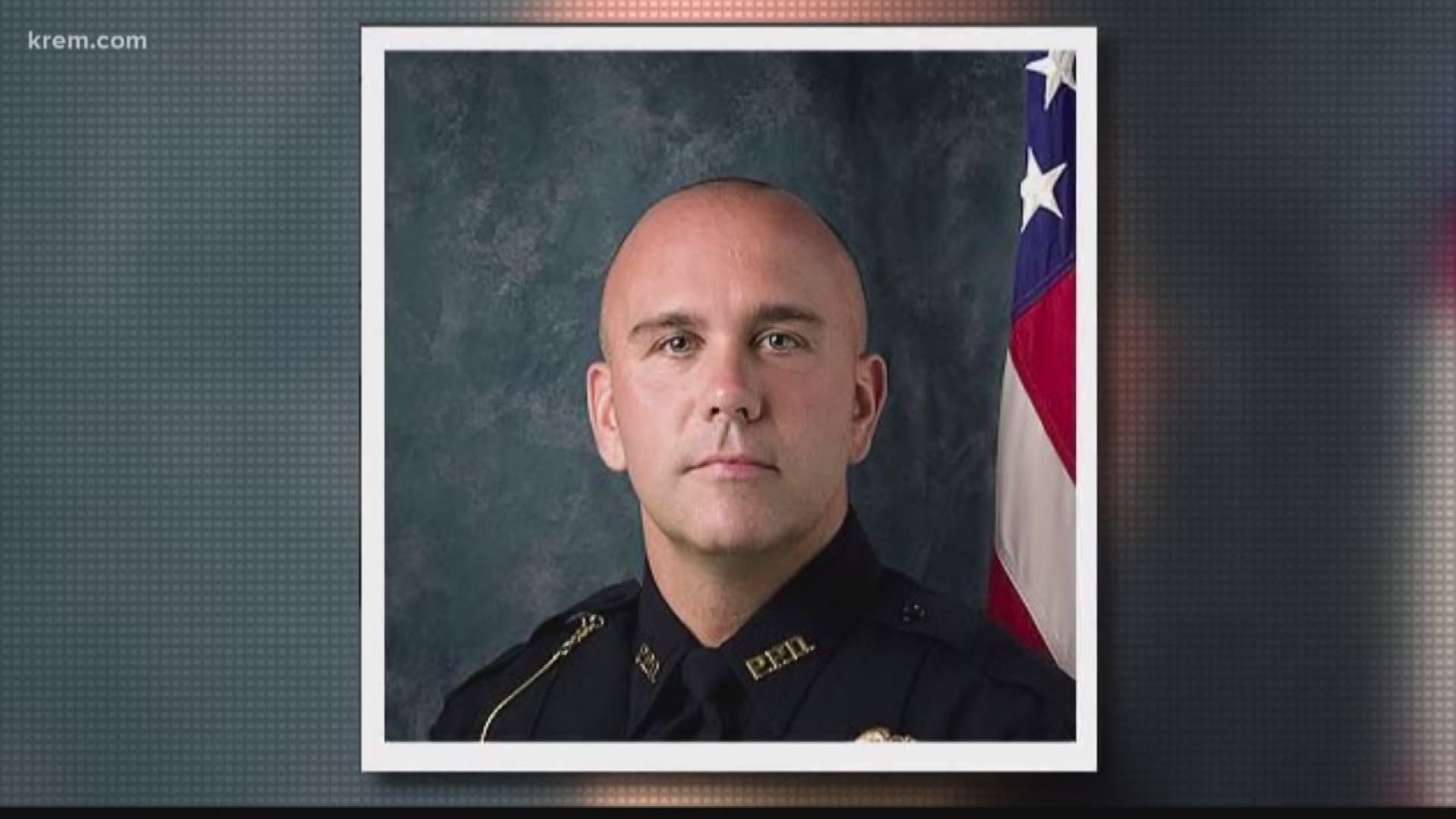 PULLMAN, Wash. -- Internal documents from the Pullman Police Department show the sergeant who was arrested for custodial sexual misconduct was given ‘supervisory counseling’ for a sexual harassment claim made by a coworker in 2016.

Authorities said Sgt. Jerry Daniel Hargraves, 49, was arrested on Oct. 30, 2018 as a result of an investigation that began in April 2018 when a female Washington State University student reported she was sexually assaulted. Hargraves has been on paid administrative leave or desk duty since the initial report.

A separate incident prompted an investigation into Hargraves, according to internal police documents.

In May 2016, supervisors started investigating sexual harassment allegations made against Hargraves after another police officer reported them to a sergeant. The sergeant then asked the woman involved to speak to him, documents stated. The woman worked as a records employee at the department.

According to a Pullman Police Department internal investigation, in the late summer or fall of 2015, a department employee said she received text messages from Hargraves while she was working in her records position. The woman summarized the texts as, “Hargraves wanted to have sex with her and when she refused, he asked her not to tell a PPD employee.” She said she could not remember the exact dates of when this happened, but she saved the text on her home computer, documents stated.

According to the internal investigation, the text in question said, “Ok…so here is my little secret. Don’t get offended but for the longest time now I’ve really really wanted to get naked with you.”

The employee said Hargraves got her number from another employee, whom he was having a relationship with, because she wanted to go pick cherries at his property with a friend, according to the investigation.

The investigation states, “Dan texted her one night while she was at work and asked her for directions because he was going to the Tri-Cities for a training or a meeting and he was spending the night there….Then Dan started ‘chit chatting’ back and forth with her, which he had never done before.”

The coworker told supervisors Hargraves started talking about his hotel room. She said she thought it was “weird” and she felt like he was cheating on a girl she thought he was dating.

Investigative documents said Hargraves “propositioned” her with the text in question.

According to documents, the employee said, “No, I’m not going to do that.”

She said she then asked Hargraves if he was asking for sex or a relationship and, according to documents, he said, “I’m just asking for sex.”

Documents said he asked her not to tell the other employee he had been having a relationship with. The coworker ended up telling the other woman and it ended their friendship, documents said. The employee told her supervisors that this upset her a lot and she started calling in sick because she “was not sleeping, not eating, and having heart problems.”

According to the internal investigation, supervisors interviewed Hargraves with a police guild representative present on June 17, 2017.

Hargraves admitted to his supervisors “that he was the author of that text and he sent it, and to the best of his recollection there was no auto correct errors in play here,” according to the investigation.

During the interview, Hargraves described the conversation as “starting out friendly and progressing in a ‘flirting manner’ and increased to the text that has been saved,” according to investigative documents.

“Hargraves thought the texting was mutual up to the saved text and beyond,” documents said.

According to the investigation, Hargraves said there has been no further flirting or non-professional communications with the employee following the text where he requested sex.

The internal investigation states Hargraves’ commander said, “Since the alleged activity took place one, with no prior history, and no past performance issues, and that Hargraves reasonably thought the text (at the time) was mutual….I recommend supervisory counseling is sufficient to handle this situation.”

Pullman Police Chief Gary Jenkins said, “Supervisory Counseling is when an employee receives verbal counseling by a supervisor. There also may be other components in addition to the verbal counseling. In the case involving texting and a violation of our sexual harassment policy, Sgt. Hargraves was also required to review the relevant policy.”

After the sexual harassment allegations, internal documents from the Pullman Police Department said ​​​​​​Hargraves was asked to update/revise/rewrite a Halloween Safety article to be published in the Community Update on August 23, 2016. Documents said he was supposed to send the updated document to the Police Chief by Sept. 2, but he failed to. Again, he was given supervisory counseling and was reminded to “complete all assignments as assigned in a timely manner.”

The in July 2017, documents said Hargraves failed to provide a deposition in a civil case that he was subpoenaed for. Once again, he was given supervisory counseling. He was told to “increase attention to detail, and scheduling of official duties,” the investigation stated.

Hargraves never faced any other repercussions for the sexual harassment claims.

On Tuesday, Oct. 30, Hargraves was released from jail on his own recognizance for the custodial sexual misconduct charge. He will be in his court for his arraignment on November 9.