Idaho Code 33-504 says school boards have 90 days to appoint someone to an unexpired term. 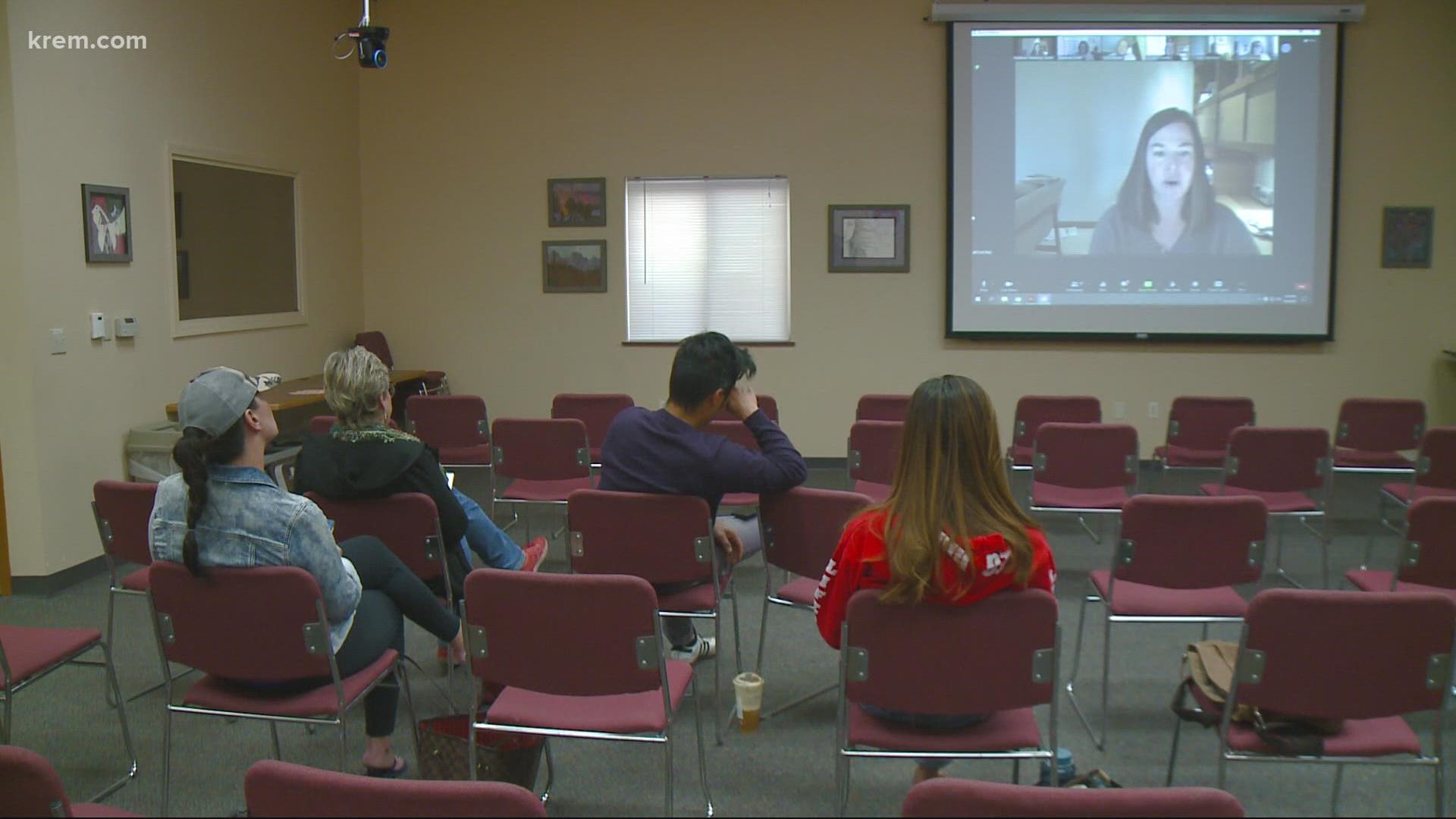 COEUR D'ALENE, Idaho — The 90-day countdown is on.

After accepting the resignations of Coeur d'Alene School District trustees Jennifer Brumley and Tambra Pickford during a virtual meeting Monday evening, the remaining three board members got down to business.

Idaho Code 33-504 says school boards have 90 days to appoint someone to an unexpired term. Brumley’s seat in Zone 4 was already up for election, so that issue wasn't difficult to resolve, as reported by KREM 2 news partner the Coeur d'Alene Press.

“I think it only makes sense to not appoint that position and just allow the new trustee to take that position,” Trustee Casey Morrisroe said. “Perhaps we offer whoever wins the election to come on sometime in December, or whatever, to start early if they so choose.”

Trustees Rebecca Smith and Lisa May agreed to not fill the position because of the upcoming election on Nov. 2.

“I think it only makes sense to let Ms. Brumley's position go to community,” May said. “I like Trustee Morrisroe’s idea that we could offer whoever was elected if they wanted to be seated earlier to meet that statutory obligation, but it sounds like it’s not going to be a huge issue either way.”

But for Zone 3, Pickford's position was not set to expire until December 2023. That's why the 90-day clock is ticking. Technically, the board has until Jan. 4 to make the appointment.

Here are further rules, according to state law:

If the board is unable to fill the vacancy with a qualified person from the zone vacated within that time frame, they may appoint a person at-large from within the boundaries of the school district.

If 120 days have passed and the vacancy is still not filled, the Kootenai County board of commissioners would make the appointment.

Technicalities aside, gratitude was on display too Monday night.

“I just want to say I'd like to thank Trustee Pickford and Brumley for their time. I appreciated serving with them,” Morrisroe said. “Last week when someone on an impulse asked me what my reaction was, my very quick off the top of my brain reaction was that I was sad, and a little jealous.”

Trustees agreed that the district will figure out a process and timeline for appointing a Zone 3 replacement.

Smith, the vice chair, said the board intends to make its Nov. 1 meeting in-person and allow public comment.

About 72 online viewers watched the livestream, as well as eight people who watched virtually at the Midtown Center Meeting Room in Coeur d’Alene along with Morrisroe.