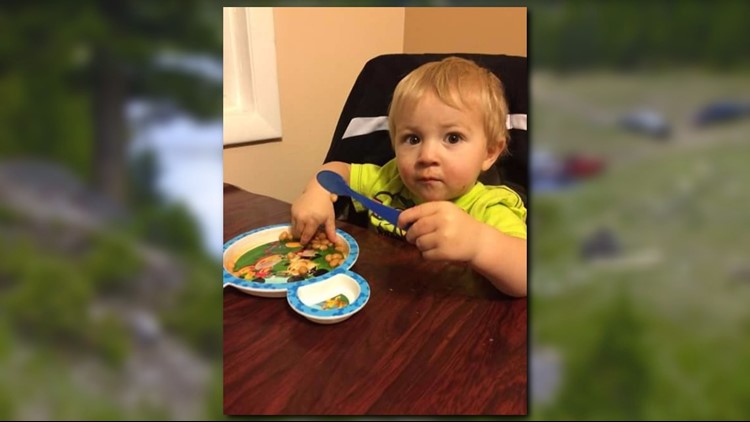 'We're not done by any means:' Campground linked to missing DeOrr Kunz Jr. reopens after search

LEADORE, Idaho — A campground where an Idaho toddler vanished in 2015 reopened to the public Monday morning, after investigators closed it down over the weekend for a search related to the case.

Speaking by phone Monday morning, Lemhi County Sheriff Steve Penner declined to say what, if anything, the search had turned up.

"We're not done by any means," he told KTVB.

DeOrr Kunz Jr., 2, was reported missing during a family trip to the Timber Creek Campground near Leadore July 10, 2015. Extensive searches of the area in the weeks after his disappearance turned up no trace of the child.

The case has drawn intense scrutiny from people around the U.S. and the world, with spectators questioning whether DeOrr had been killed by an animal, snatched by a kidnapper, or been the victim of foul play. Much of the speculation focused on the adults who had been with DeOrr at the Timber Creek campground: the boy's mother, father, great-grandfather and a family friend.

Despite the involvement of the FBI, county law enforcement, and a scrum of private investigators, the toddler has never been found and no charges have been filed in the case.

On Thursday, North Carolina-based private investigator David Marshburn told KTVB he may have found a lead in the case. Marshburn told KTVB he had gone to the campsite earlier in June along with Sheriff Penner, and searched the area with his two cadaver dogs, which had been specially trained to sniff out human remains.

MORE: Gone without a trace: What happened to DeOrr Kunz?

Marshburn said both dogs made a "hard alert" on a specific area in the site. The sheriff's office then brought in an independent cadaver dog, which alerted on the same area, he told KTVB. At that point, according to Marshburn, the sheriff's office took over, closing down the campground June 28-30.

Marshburn was not involved in the weekend search, and county officials have been tight-lipped about whether the investigation had turned up any new evidence in the case.

Penner told KTVB that he did not plan on releasing any more information about the investigation "anytime soon," calling it "an ongoing situation."

"We go in, we work, we develop things, we look at what we've done so far and come up with a plan to push forward," he said. "That drives the direction of the whole thing."

PREVIOUS: Mother of missing toddler: 'Any answers are better than what we have now'

A team from the National Center for Missing and Exploited Children were also on site during the campground search, according to Penner.

"They've been real good about helping us with vital resources and technical support," he said of the nonprofit organization.

Penner declined to rule out future searches or closures of the campground connected to the DeOrr case.

"What we'll do now is wait for environmental conditions to change," he said. "Everything that happens, it gives you a new look."