Gov. Jay Inslee signed a bill that makes $714 million available to schools with plans to reopen classrooms, as part of a $2.2 billion statewide relief plan. 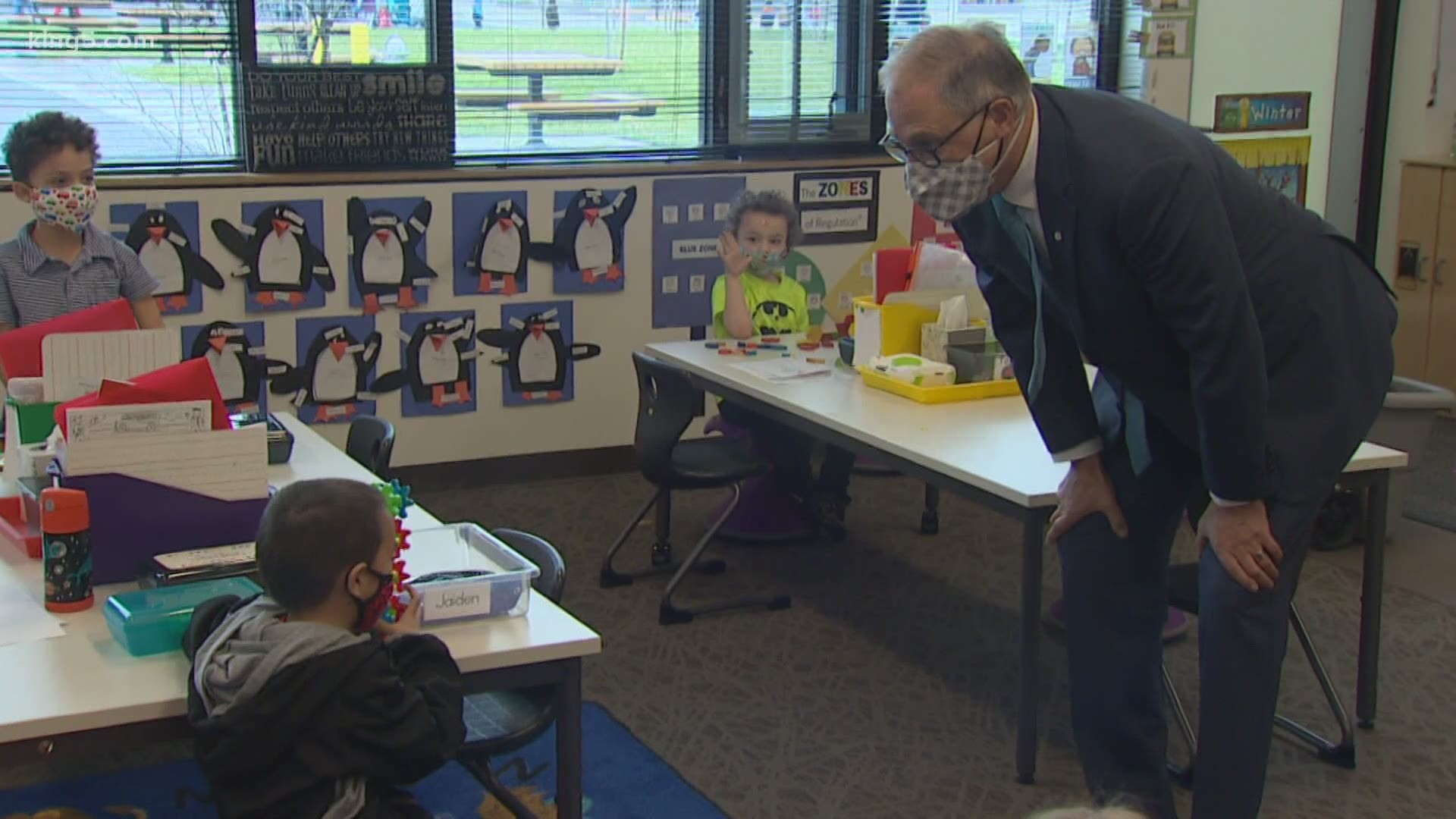 About $714 million will be allocated to schools, but only those that offer plans to bring students back on campus in some capacity, according to the state’s Office of Superintendent of Public Instruction (OSPI).

“Open, get the money. Don’t open, you don’t really need the money in this environment,” state Superintendent Chris Reykdal said.

The money is going to help school districts implement returns to classrooms, with items such as cleaning supplies, hardware to help with social distancing and personal protective equipment, Reykdal said.

“They need to have a reopening plan that is robust,” Reykdal said. “It does not mean every kid has to be back."

He said districts need to follow guidelines to make campuses safer, by allowing for six-feet between students, requiring the use of personal protective equipment, and increased efforts to make school surfaces sanitized.

He said these guidelines might mean that some grades won't have the space to bring all the students back at the same time, as it was pre-pandemic.

According to OSPI, nearly 30% of the state's students are receiving some level of in-person instruction. At least eight districts, including Kent, Seattle and Shoreline, only offer remote learning, according to OSPI surveys.

The $2.2 billion federal funding measure received strong bipartisan support in both the state House and Senate this month. It spends money in various areas, including vaccine administration, rental assistance and funding for school districts.