Justin Mikkelsen Photography is partnering with Santa Claus to create photoshopped photoshoots for kids, including a personalized letter from the big man in red. 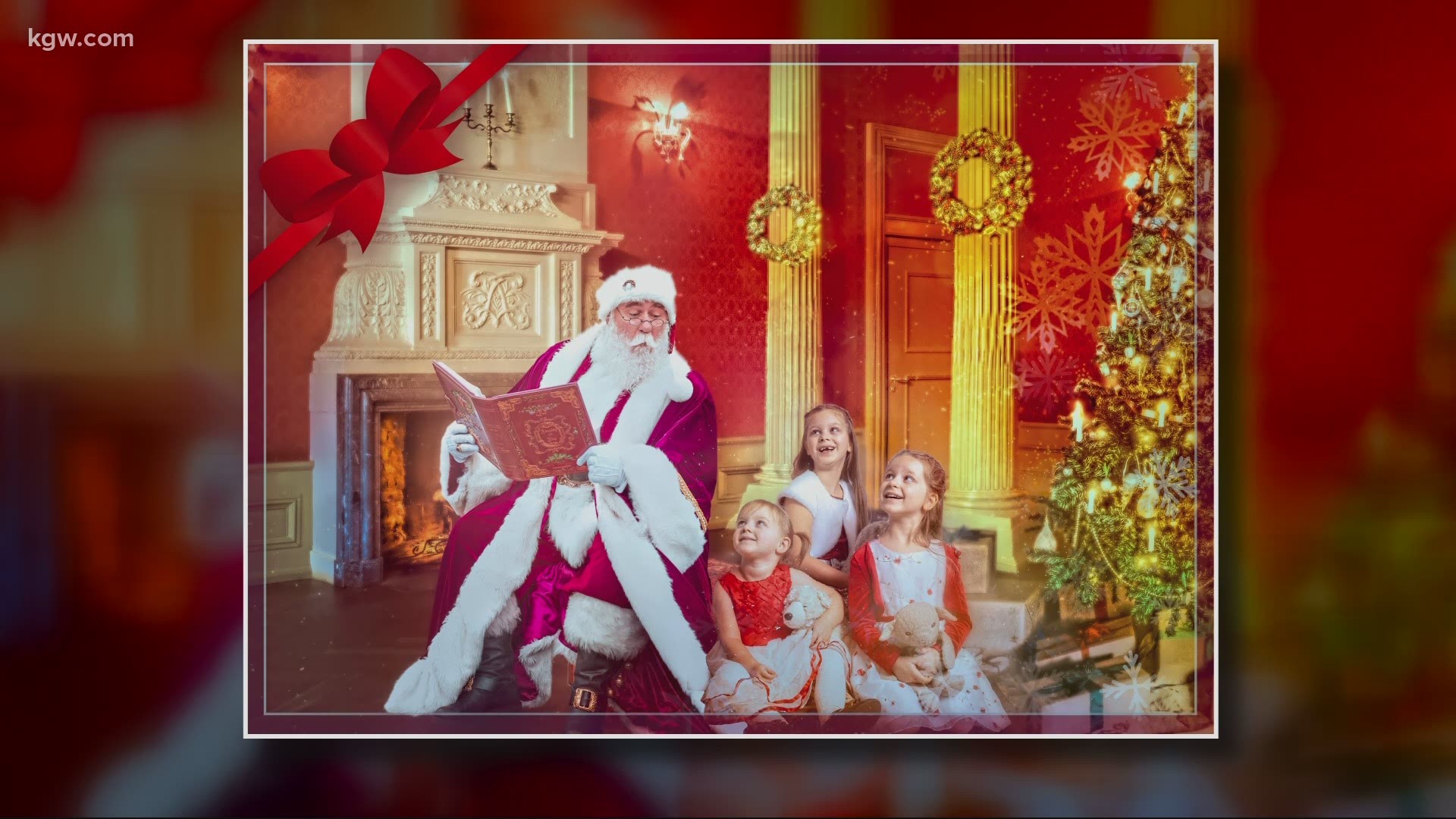 SALEM, Ore. — The annual tradition of bringing the kids to the mall for a photo with Santa is not a safe option during a pandemic, but that doesn't mean you have to give up the magic of that moment.

Inspired by their own three girls, a couple in Salem is using their photography business, Justin Mikkelsen Photography, to bring jolly old St. Nicholas to your holiday photos digitally.

A photo with Santa Claus is more than a Christmas tradition. It’s a memento that captures the joy and wonder of the season in one single image.

Justin and Melissa Mikkelsen have been taking their three daughters to see Santa since their oldest daughter was born seven years ago.

“It was just one of those memories and it’s been a new memory every year,” he said.

However, cozying up to Santa in a pandemic isn’t just a risk to families, it’s dangerous for Old Saint Nick too.

In a year when they needed the joy of that moment the most, the couple decided they weren’t ready to give up the holiday magic. They came up with a sugar plum of an idea.

“What if we do a virtual Santa?” Justin wondered. So, they partnered with Santa Claus to photoshop photos of him in alongside the kids.

They tried the idea out with their three daughters in their Salem photography studio. Against a blank backdrop, they posed and smiled. Then, dad took the images and added a little holiday, and photoshop, magic.

Now, they’re offering that idea to clients and their families.

There’s a variety of different backgrounds, poses, and fun holiday elements families can choose from.

While kids won’t be able to sit on Santa’s lap this year, they’ll get a special personalized letter from the big man in red instead.

“It’s one thing just to have this really nice photoshopped Sana, but a whole other thing if you have something tangible for the kids to hold in their hands and see if they’ve gotten a note from Santa Claus,” Justin said.

Justin and Melissa are working hard to keep their studio sanitized, wearing masks, and limiting interaction. Their goal is to create holiday keepsakes while keeping you and Kris Kringle COVID-free.

Because, especially this Christmas, we could all use a little extra joy, wonder, and holiday magic.

“I feel like that’s the magic of photography in general and there’s something extra when you throw Santa Claus into the mix,” Justin said. “It just creates something beautiful.”

Their family Santa photo packages start at $75. CLICK HERE to sign up for a session and learn more.