U of I ranked one of 2018's safest college campuses

The University of Idaho in Moscow was ranked 15th on the list. 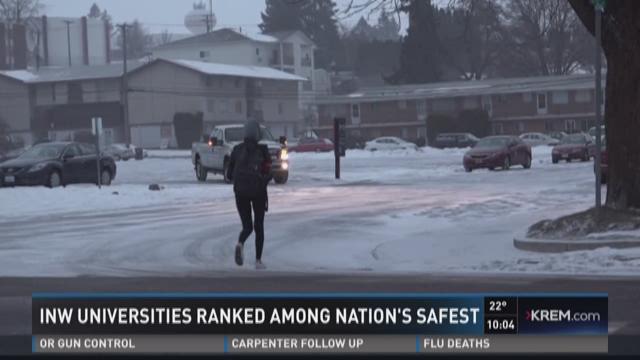 Three universities located in the Inland Northwest recently made a list of 2018’s Safest College Campuses in America.

Alarms.org compiled the list by comparing schools with at least 10,000 students. The list was created by analyzing the most recent data from the FBI’s Uniform Crime Reporting and the Campus Safety Security Survey that was put out by the U.S. Department of Education. The number of law enforcement officers employed by the University at a particular campus was also a factor in the ranking. Each school’s safety score was calculated by analyzing crimes reported by the universities, including rapes, robberies, assaults, burglaries, motor vehicle thefts, and arsons.

An Idaho university was ranked 1st on the list of 2018’s Safest College Campuses, that is Brigham Young University in Rexburg. Alarms.org said the university is run by The Church of Latter Day Saints, which mandates students to adhere strictly to a code of behavior in line with the teachings of the church. According to the ranking, students must follow dress and grooming codes, refrain from consuming drugs or alcohol, and abstain from premarital sex.

Here’s the list for 2018’s Top 5 Safest College Campuses in America according to Alarms.org: