The freight train was hit by a semi-truck with a piece of farm equipment on it about two miles east of Mabton, according to the Yakima County Sheriff's Office. 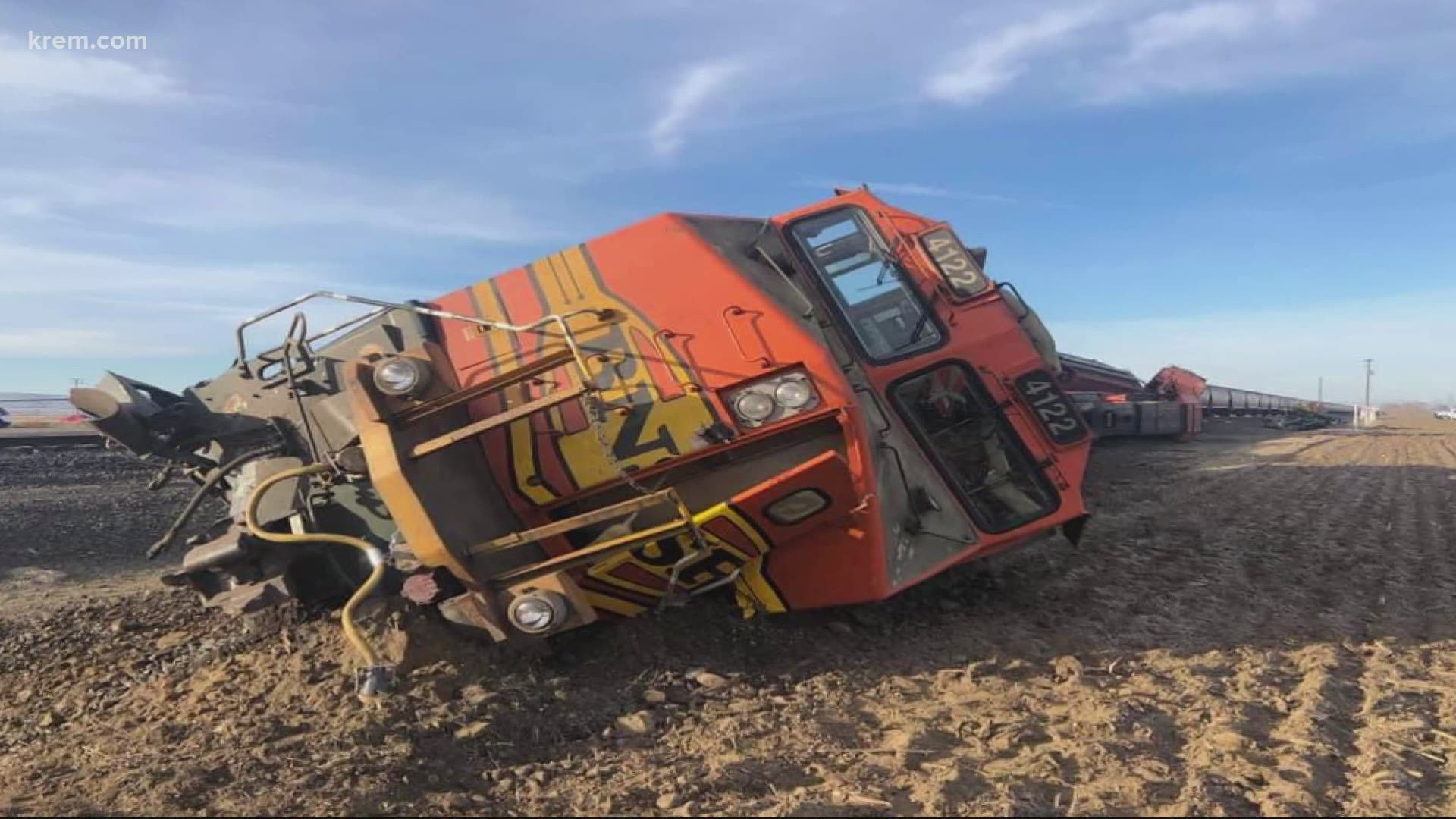 The freight train derailed at State Route 22 and Phillips Road, about two miles east of the small town of Mabton, when it was hit by a semi-truck with a piece of farm equipment on it, the Yakima County Sheriff's Office said in a tweet. Deputies notified the Washington State Patrol and BNSF Railway, along with the state Department of Ecology.

At least two of the train engines leaked diesel fuel onto the ground, according to a tweet from the Department of Ecology. Oil and diesel did not spill into a waterway.

The railroad tracks are in a rural area of Yakima County next to a cornfield, the Department of Ecology said. Vacuum trucks were pumping the remaining diesel out of the train engines' tanks as of 2:50 p.m. before crews focused on removing pooled oil and fuel from the ground.

The sheriff's office reported "minimal injuries" in a previous tweet, adding later that it will take a few days to clean up the derailment site.

1 / 6
Yakima County Sheriff's Office
A train derailed in Yakima County after it was hit by a semi-truck, authorities said.

Here are some photographs taken by @YakimaOEM using a drone. Three engines, seven cars of a BNSF container train derailed about 2 miles east of Mabton. The 116-container train was derailed when hit by a semi-truck with a piece of farm equipment on it. #derailment pic.twitter.com/fDS5fQVD2k

The derailment comes one day after a tanker train hauling crude oil derailed north of Seattle and two train cars burst into flames. Residents were ordered to leave the area but evacuations have since been lifted.

There were no injuries reported and the cause of the derailment is under investigation.