“This is a situation that plays out in our society way too often. As a society, we need to make a determination into what’s causing this,” Knezovich said. 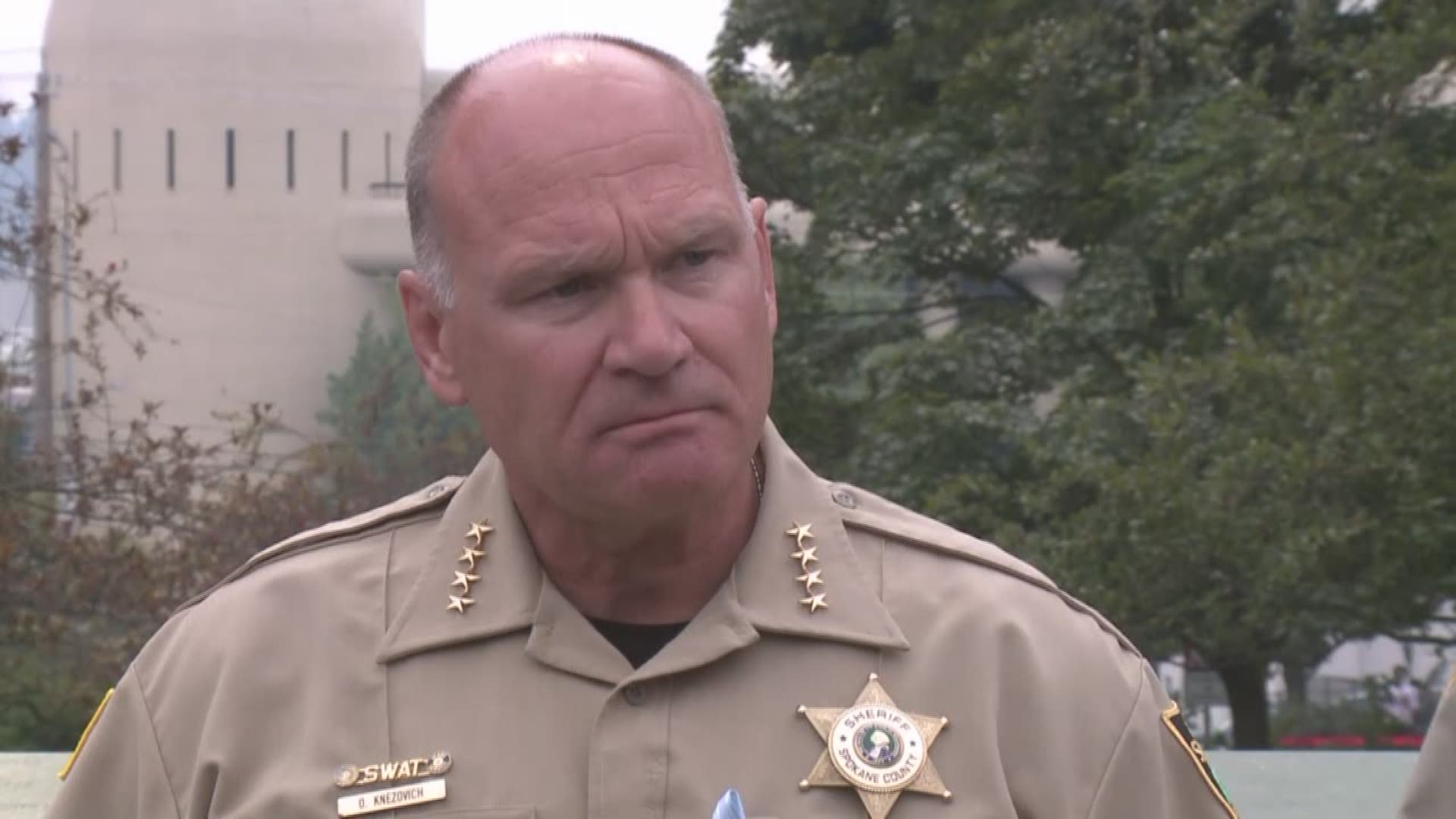 SPOKANE, Wash. – Spokane County Sheriff Ozzie Knezovich held a press conference Thursday afternoon to update people on the investigation into the fatal shooting at Freeman High School and spoke briefly about how he believes society, the media and elected officials are partially to blame for school shootings.

Knezovich honored the teen who died in the shooting , Sam Strahan, who tried to stop the suspect from firing at their fellow students. He also spoke of the janitor, who confronted the shooter, and stopped him.

“This is a situation that plays out in our society way too often. As a society, we need to make a determination into what’s causing this,” Knezovich said.

“This young gentleman got sucked into a counter-culture of violence, a culture that is enamored with school shooting,” he said. “And media, you are to blame for that, cause you keep giving these people headlines.”

"In using their names, you have made them heroes to some people. If I had my way, none of these peoples' names would ever be remembered," he said. "Until we start treating these people for what they are, killers, not heroes, they’re going to continue this violence."

Knezovich also took aim at Congress and elected officials for not making mental health a priority.

"This is another example of the mental health system in this county collapsing around our ears. And perhaps those elected officials who control those monies could fund a little more to help those people out," he said.

Spokane Sheriff: "Kids, if you see it you need to speak up because it may be your friend that you save." #FreemanStrong

"This is a state and national issue that they better wake up and start dealing with," he said. "And I don't blame the local mental health either. They don't have the money to deal with this because the state has abandoned them. They have pushed this problem to the local level and the local levels are not equipped to deal with it."

Knezovich said SCSO plans to recommend the 15-year-old shooting suspect, Caleb Sharpe, be prosecuted as an adult and charged with premeditated murder.

"For those of you in the greater Spokane area, when your kids come home tonight, I hope you give them a kiss, give them a hug, because they came home," Knezovich said.

Sheriff Knezovich says it's time to say "no more" to the hate and violence we see."It's time for you to wake up. No more hatred." pic.twitter.com/QCIBOp9ZXK