The suspect in the shooting at Freeman High School Wednesday got the guns from his father's gun safe, according to probable cause documents released Thursday

The documents also say that suspect Caleb Sharpe,15, claims he was picked on by one of the students that were shot, but did not come to shoot him specifically.

Sophomore Sam Strahan was killed, and three girls were injured at the school Wednesday morning.

Editor's note: The following includes details from the court documents which some may consider too sensitive to read.

According to the documents, a Spokane County Sheriff's Office detective was the first on the scene and saw numerous spent cartridge cases in the second-floor hallway.

The hall was also covered in an unknown white powder. A student on Wednesday described the powder in the hall after the suspect allegedly shot at the ceiling.

The detective saw Strahan lying on the floor near classroom 211.

A duffel bag was also spotted on the floor by deputies which included numerous boxes of .223 rifle ammunition, according to the documents.

A teacher interviewed by deputies identified Sharpe was carrying a handgun after he heard multiple gunshots. When the teacher left the classroom, he saw Sharpe had dropped the gun, put his hands on his head, and gave himself up to a janitor -- later identified as Joe Bowen -- who was ordering Sharpe to lay down on the ground.

Knezovich said a school resource deputy, who was in the middle school, ran to the scene and helped take Sharpe into custody.

The teacher then said he saw an assault style rifle on the floor near his classroom and picked it up. He put it back in the classroom to secure it. Spokane County Sheriff Ozzie Knezovich confirmed at a Thursday press conference that the rifle was an AR-15.

Detectives interviewed Sharpe, who said he had been bullied by students, according to the documents. Sharpe claimed he had been seeing a school counselor for suicidal thoughts.

Sharpe said he got the guns from his father's large gun safe at their home and was familiar with how to use a gun. According to detectives, Sharpe said he brought one rifle to school in the large bag and one inside his coat pocket.

"Thank God that he had jammed that AR-15 so badly that it was not going to function," said Knezovich.

During all this, Strahan (identified in the court documents as S.D.S.) allegedly saw him and said "I always knew you were going to shoot up the school" and "You know that is going to get you in trouble."

Sharpe told detectives he had been picked on by Strahan before but did not come to the school that day to specifically shoot Strahan and did not have any specific targets. He told detectives that he wanted to teach everyone a lesson about what happens when they bully others.

Sharpe shot Strahan once in the stomach and once in the face, according to the documents.

"That young man who gave his life stepped into the breach that we as a society have created to save his fellow classmates," said Knezovich. 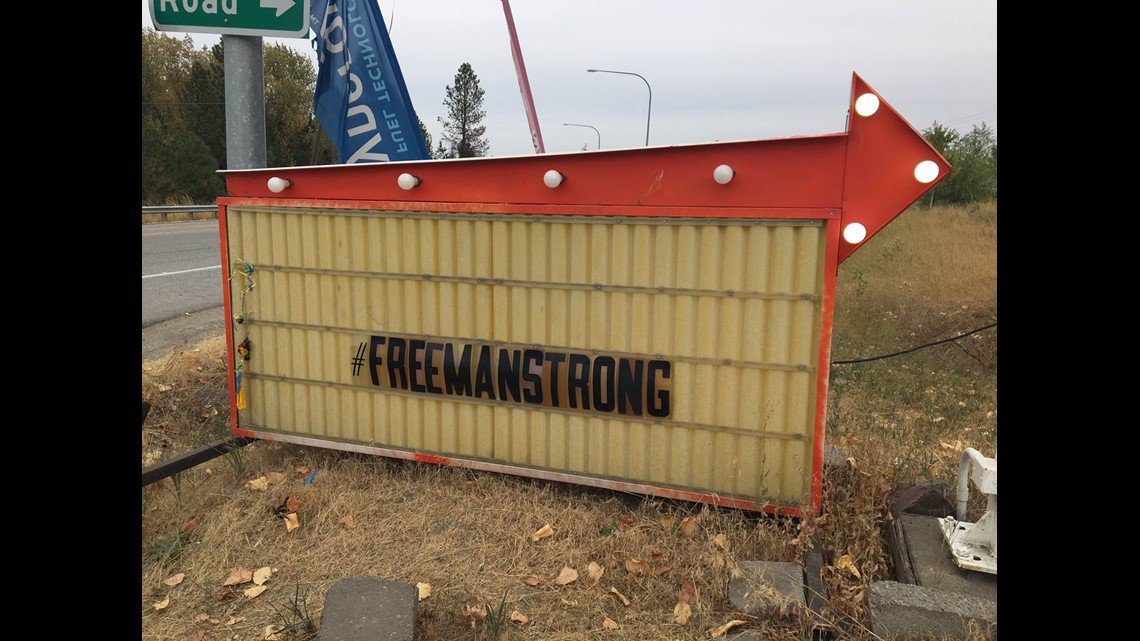 As Strahan fell to the ground, Sharpe walked down the hall and shot into a crowd of students, hitting three.

Another student interviewed by detectives claimed Sharpe has bragged about owning multiple guns and says he knows how to make improvised explosive devices. He claimed, according to the student, that his father would buy guns for him.

Sharpe's father confirmed that Sharpe knows the combination to the gun safe where the guns likely came from, according to detectives who interviewed him.

Sharpe's mother also said a suicide note written by Sharpe was found in their house sitting on a counter. It was written over a week ago, and a copy was given to his parents.

A bus driver told detectives Sharpe had boarded the bus earlier in the day with a large, athletic style duffel bag. The driver said she thought it suspicious because she knew Sharpe did not participate in sports.

Sharpe is booked into juvenile detention on one count of first-degree murder and three counts of attempted first-degree murder. Knezovich said the intention is to try Sharpe as an adult. The sheriff's office said it was still trying to determine how long Sharpe was planning the attack.

'We feel blessed and lucky:' Freeman victims' families speak out

The shooting suspect was scheduled to appear in juvenile court on Thursday afternoon but did not.

Instead, attorneys on both sides agreed to postpone any hearings about his release and agreed he will remain in custody for the time being.

His next court date is set for September 26.