Tim Eyman is drawing criticism for his remarks comparing Gov. Jay Inslee's leadership during the pandemic to the Minneapolis officer accused of killing George Floyd. 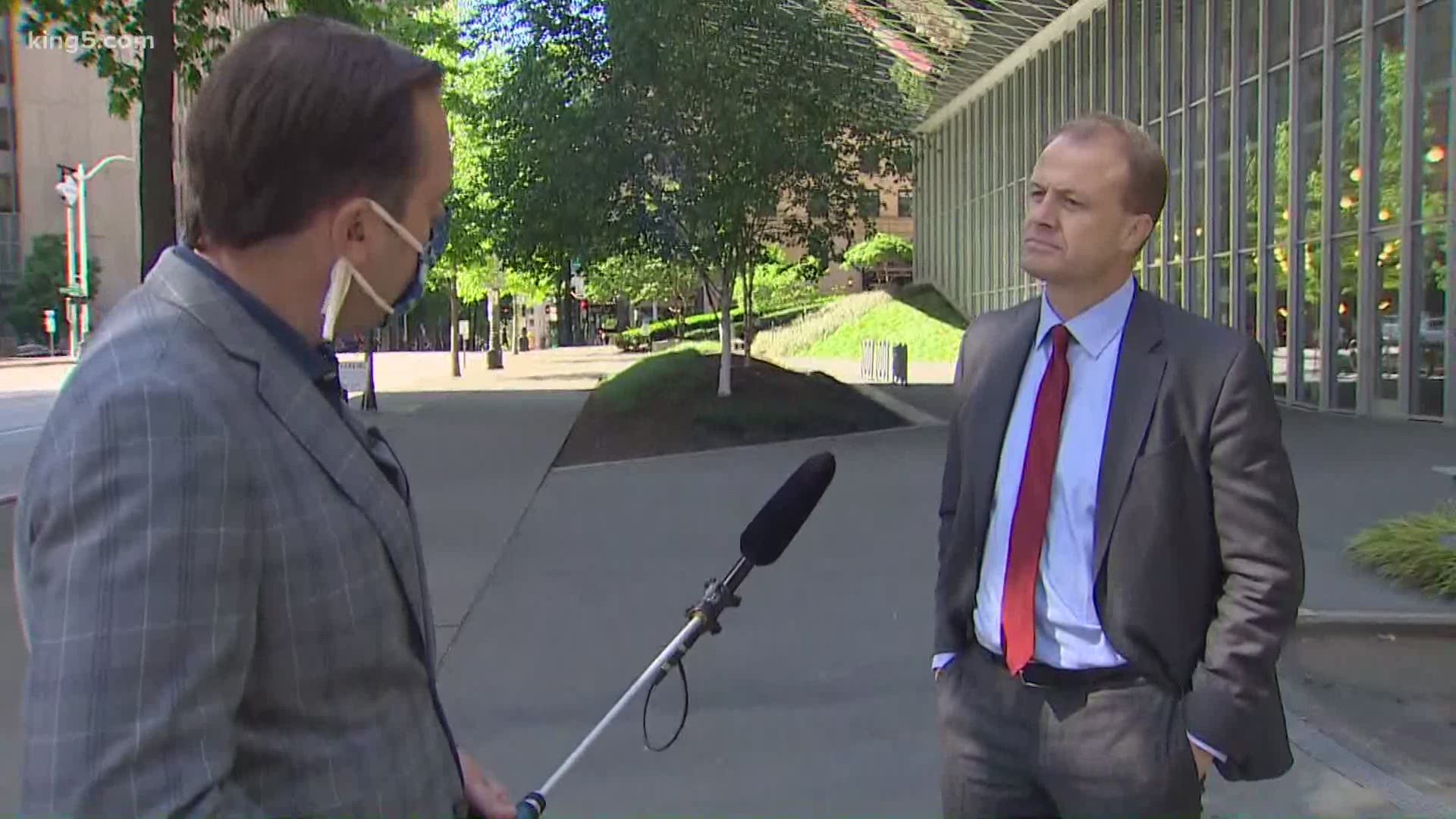 Floyd, a black man, died in Minneapolis police custody last week as a white officer held his knee on the back of Floyd's neck for more than eight minutes. Floyd's death has sparked outrage and protests in Seattle and across the nation.

The Washington State Democrats issued a statement in response to Eyman's video, saying in part: "Mr. Eyman's comments dishonor George Floyd's memory and what Americans all across our country are protesting. They are repugnant and indefensible. He responded to press inquiries with a ranting, unhinged 21-minute speech where he never apologized, doubled down on his attacks, played the victim, and demonized the 'media' -- somehow reaching a new low even for him."

On Thursday, KING 5 Political Reporter Chris Daniels confronted Eyman about those statements and asked if Eyman would like to clarify anything he said, this was his response: “I think there’s no doubt that anybody who watched that video, and I certainly did, that eight minutes is excruciating. Watching the first five minutes is tough enough but the fact that he kept it on for an extra three minutes… I mean, it made my blood boil. But I couldn’t help but notice that Jay Inslee is doing a very similar king of thing in the state of Washington, cause he’s holding down our entire economy and people are really suffering from that. I think those are the silent killers that are going on right now that’s really frustrating for people to see.”

Daniels followed up with this question, "But can’t you acknowledge given everything that has happened in this state over the last ten days and in this city and across this country, that that comment is tone-deaf?"

Eyman denied that claim and said it's Inslee who is tone-deaf.

"Oh, I don’t think there’s any doubt that what’s tone-deaf is Jay Inslee thinking that firing a million people is not going to have some kind of negative consequences. I think the suffering that people are feeling right now, the frustration is increased by the fact that Jay Inslee says anybody who says that I call them nonessential, they’re being heartless and they’re being selfish looking out for themselves. I think Jay Inslee’s the one by declaring a million people, well over a million people, nonessential, I think that’s tone-deaf," finished Eyman.

Daniels asked Eyman to clarify how the coronavirus pandemic is a different issue than George Floyd's death. Eyman said: "I don’t think there’s any doubt that people can have compassion and empathy for more than one person, everybody in the state is suffering right now, everyone who saw that video is outraged by it, but it simply doesn’t mean that we can’t talk about other issues at the exact same time."

KING 5 reached out to Gov. Inslee's office for a statement in response to Eyman's remarks, and a spokesperson said the governor had no comment.