Nationwide, more than 800 people have been hospitalized with vaping-related illnesses. 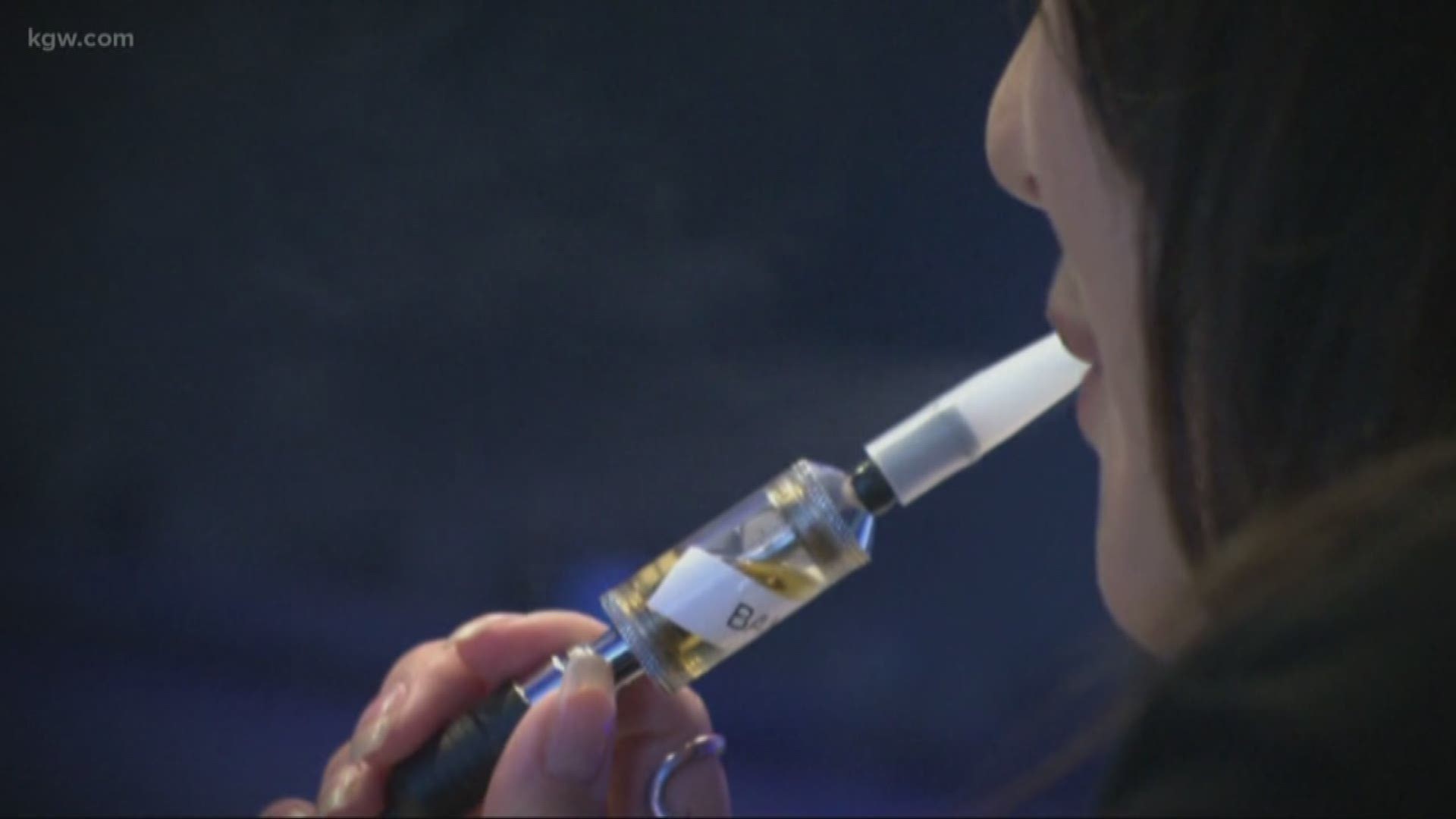 PORTLAND, Ore. — Editors' note: The video attached to this story is from Friday, Sept. 27.

The Oregon Health Authority says as of Oct. 1, 2019 there have been eight vaping-related illnesses reported in the state. Two of those patients died.

At least five of the patients had respiratory issues, including shortness of breath, after vaping cannabis products from a licensed retailer, officials said. The cause of the illnesses has not been identified.

Nationally, there have been more than 800 cases, primarily among youths and young adults, in 46 states.

Following the second death in Oregon on Thursday, Gov. Brown asked health officials for a policy recommendations that could prevent future deaths and illnesses. Among the options OHA sent to Gov. Brown on Friday was a six-month ban on the sale of vaping products.

If Gov. Brown opts for the ban, it wouldn’t be unprecedented. The governor of Massachusetts previously ordered a four-month ban on the sale of vaping products in the state.

New York and Michigan have both banned the sale of flavored e-cigarettes. In Washington, Gov. Jay Inslee has directed the state’s Board of Health to enact a ban of flavored vaping products.

RELATED: What happens to businesses during the vaping ban?