Donations of money and feed helped keep Refuge River Ranch running during the shutdowns due to coronavirus. Now, the refuge can open back up for tours. 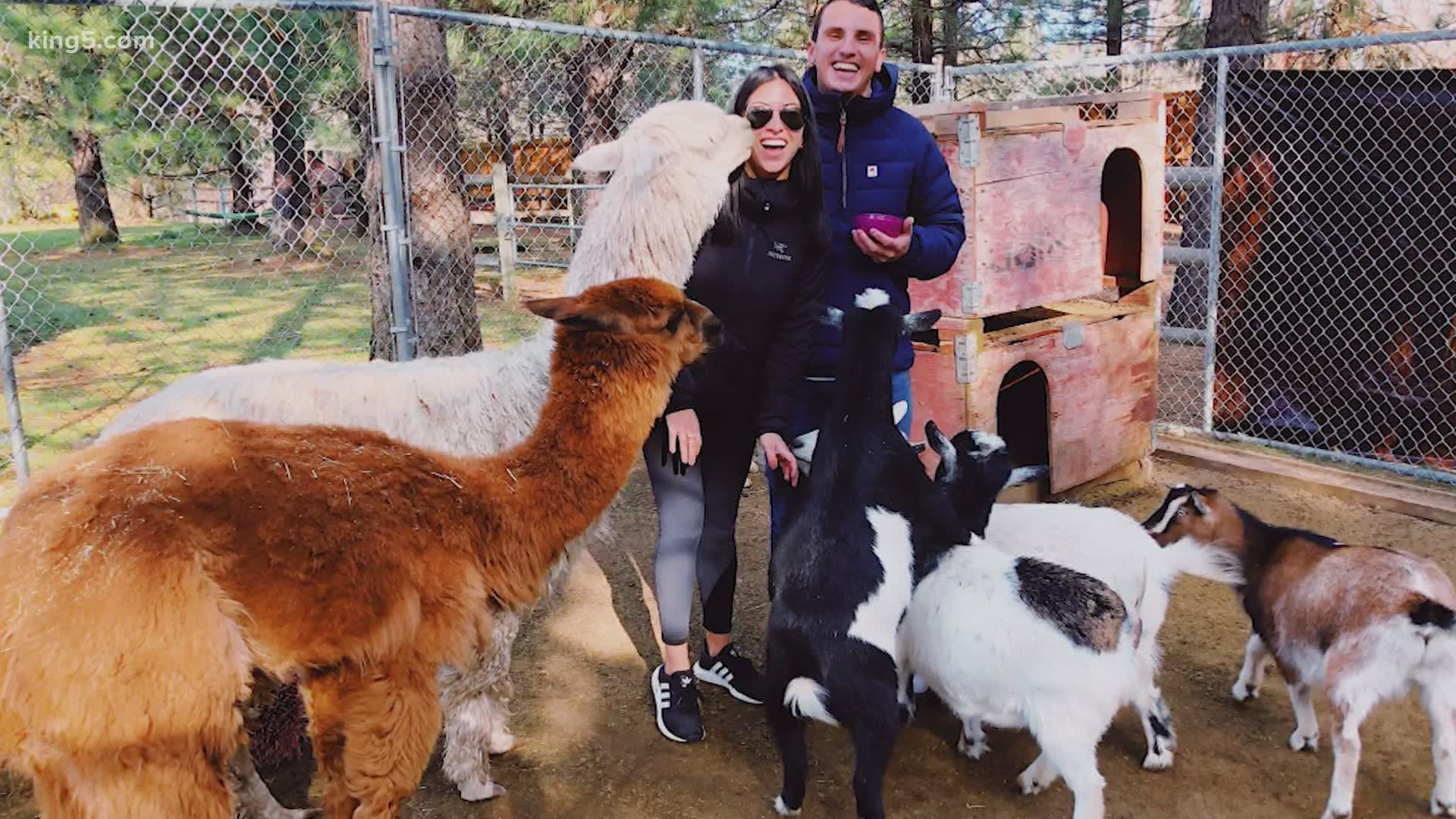 LEAVENWORTH, Wash. — When Gov. Jay Inslee announced the first shutdowns of agritourism due to the coronavirus, many people struggled to stay open and feed their animals.

JodieK, the owner of Refuge River Ranch in Leavenworth, was one of those people.

"I have 94 animals that I don't know what to do with," she said through tears during an Aug 22 video on her Facebook page.

Refuge River Ranch is a sanctuary for rescued animals that relies on revenue from tours where the public can learn the animals' stories and get up close with them.

Money from the tours covers feed and medical care for the more than 90 animals she has, ranging from horses to chickens to a 500-pound hog named 'Big Momma.'

In the eyes of the state, her ranch falls under the category of agritourism, and at the end of August, Inslee halted the industry-- first for the whole state, then just for counties in Phase 1.5.

JodieK's Leavenworth ranch, which is in Chelan county, had to stop tours altogether.

If not for donations of money and feed from others, she doesn't know what she would have done.

She said she still gets donations of hay and pears from her neighbors and a GoFundMe set up by one of her volunteers has raised nearly $50,000.

"The love and support... I was just blown away," she reflected over a Zoom interview.

Now, places like JodieK's ranch can open to the public again. Inslee's office lifted the shut down of agritourism on Monday.

JodieK is grateful for all the help she was given in the four weeks her tours were stopped.

"I just want to thank everyone. The amount of gratitude [I] have... I can't put into words," she said.

She's looking forward to having her animals give back to the public the love they've shown her.

"I would like to open this Friday and be open for the weekend, that would be quite the celebration," she said.