BlueFox swimmer safety watches alerts people nearby that a drowning is occurring. The watch was shown at the Consumer Electronics Show (CES) 2020. 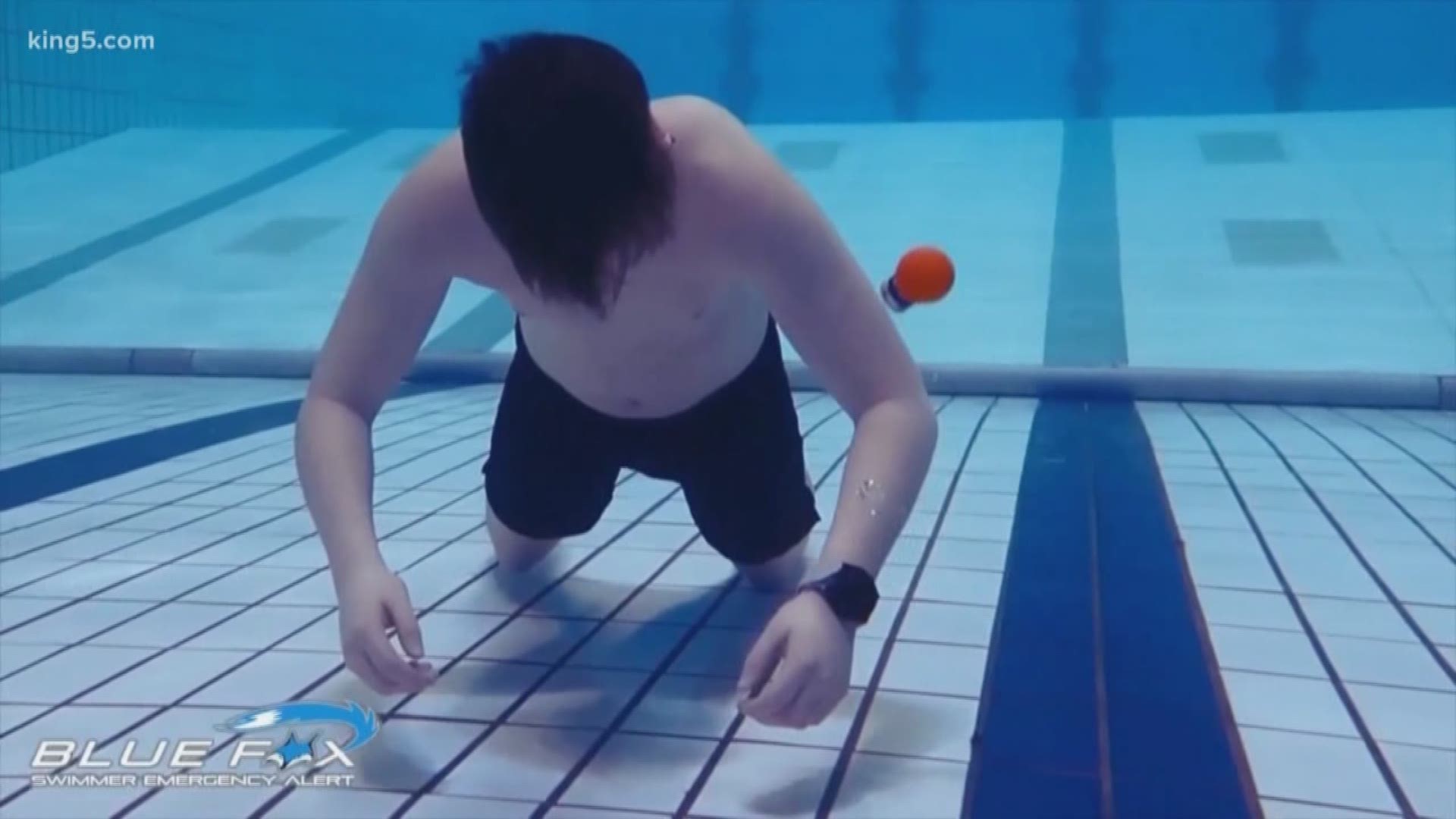 BlueFox Lifeline looks like a bulky wristwatch, but it's actually two computers that monitor water depth and time spent underwater.

You program the computers yourself, determining how long and how far you typically go underwater.

If you break that threshold, the watch shoots a capsule alarm (that sounds like a police siren) to the surface, alerting anyone nearby that someone may be drowning.

The capsule floats right above your head, given bystanders and lifeguards your location.

The watch itself (still attached to a person's wrist) will continue to flash its LED light so you can see where the person is, even in murky water.

According to the Center for Disease Control and Prevention (CDC), drowning is the leading cause of death for children under four.

Busch, who almost lost a family member to accidental drowning, said that drowning is entirely preventable and more should be done to address the worldwide health problem.

“It’s [drowning] just not necessary, not in this world of technology that we’re in now,” Busch said.

Blue Fox is “Swiss Made,” and has distributed over 10,000 water safety bracelets around the world since its inception in 2008.