Yasir Darraji was arrested on first-degree murder charges after a woman's body was found in a car on 27th Avenue. 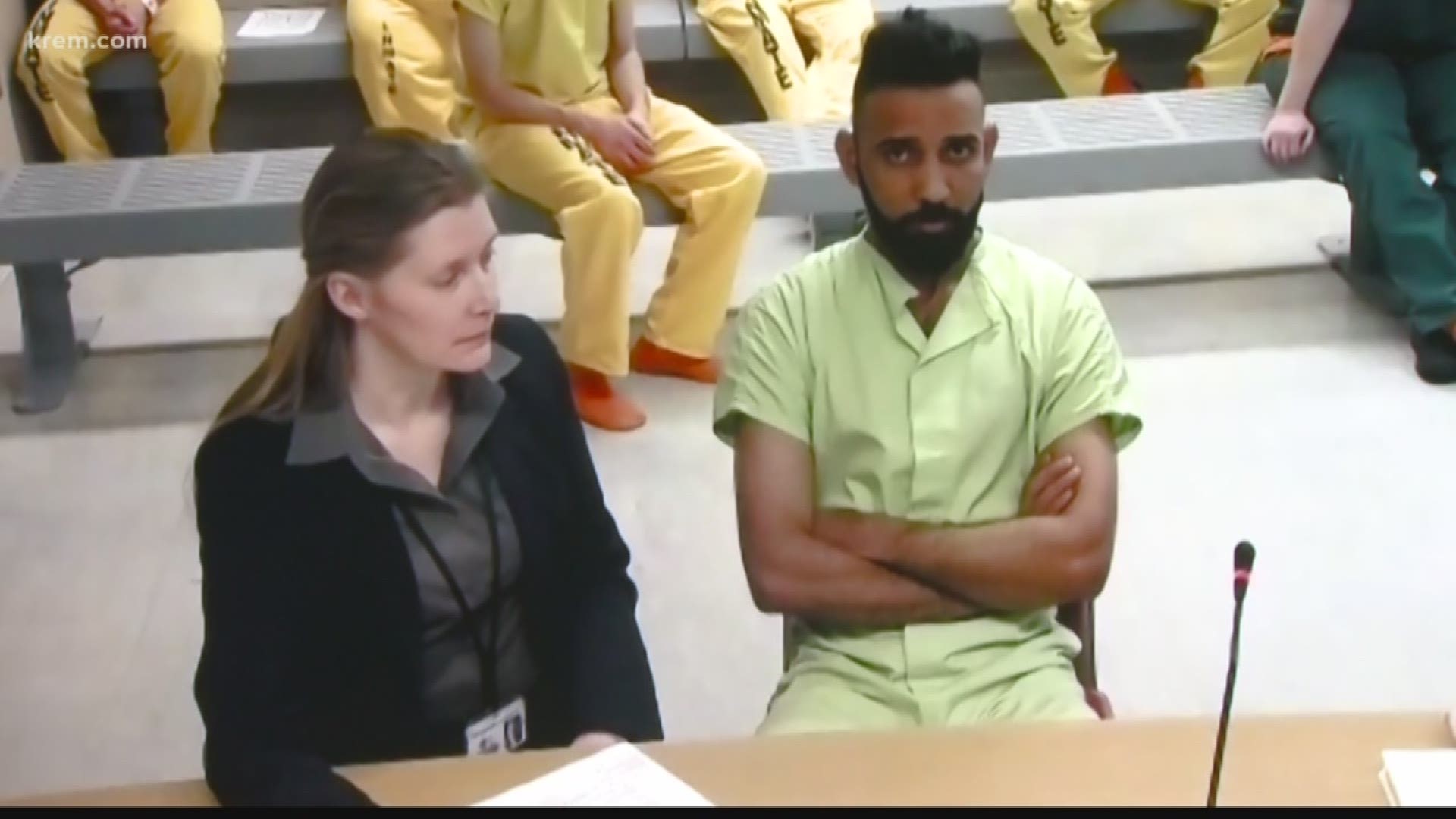 SPOKANE, Wash. — A judge set bond at $1 million for the suspect in a woman's murder after her body was found in a burning car on Spokane's South Hill.

Darraji was booked in the the Spokane County Jail around 10:30 p.m. on Friday.

Court documents revealed on Monday that the victim is Darraji's ex-wife who he had allegedly threatened to kill. Documents also provided insight into the suspect's history of other domestic violence incidents.

A Spokane police officer was driving on 27th Avenue near Fiske Street at about 9 p.m. on Thursday when he saw a vehicle where he believed someone was inside, court records say.

Another person saw the vehicle parked in the same location at about 9:19 p.m. on Thursday, but realized the inside of the vehicle was on fire and called 911, according to court documents. The Spokane Fire Department responded and found a woman’s body inside of the car.

The inside of the vehicle was burned, mainly in the center console and the driver’s seat, investigators said in court records. It was seized as evidence and placed in a secure facility.

On Friday, Jan. 31, the woman found dead in the burned car was identified as Darraji’s ex-wife through an autopsy. The cause of death was listed as strangulation and the manner was homicide.

During the autopsy, there was preliminary indication there was an accelerant on the victim and her clothes, which is indicative of arson to destroy evidence, court records say.

Court records indiciate that Darraji has faced previous domestic violence charges. A woman who lived with him said he threatened to kill her and choked her multiple times.

Ahmed, a friend of Darraji, described him as a happy man.

"Every single time I meet with him he is very happy, he's talking about his family. He wants to help them, he wants nothing wrong to come to them. He's very honest," Ahmed said.