It was last week when authorities in Stevens County announced that they had busted two separate illegal puppy mills, seizing more 250 dogs in the process. The dogs were taken from homes in the Suncrest and Ford areas. 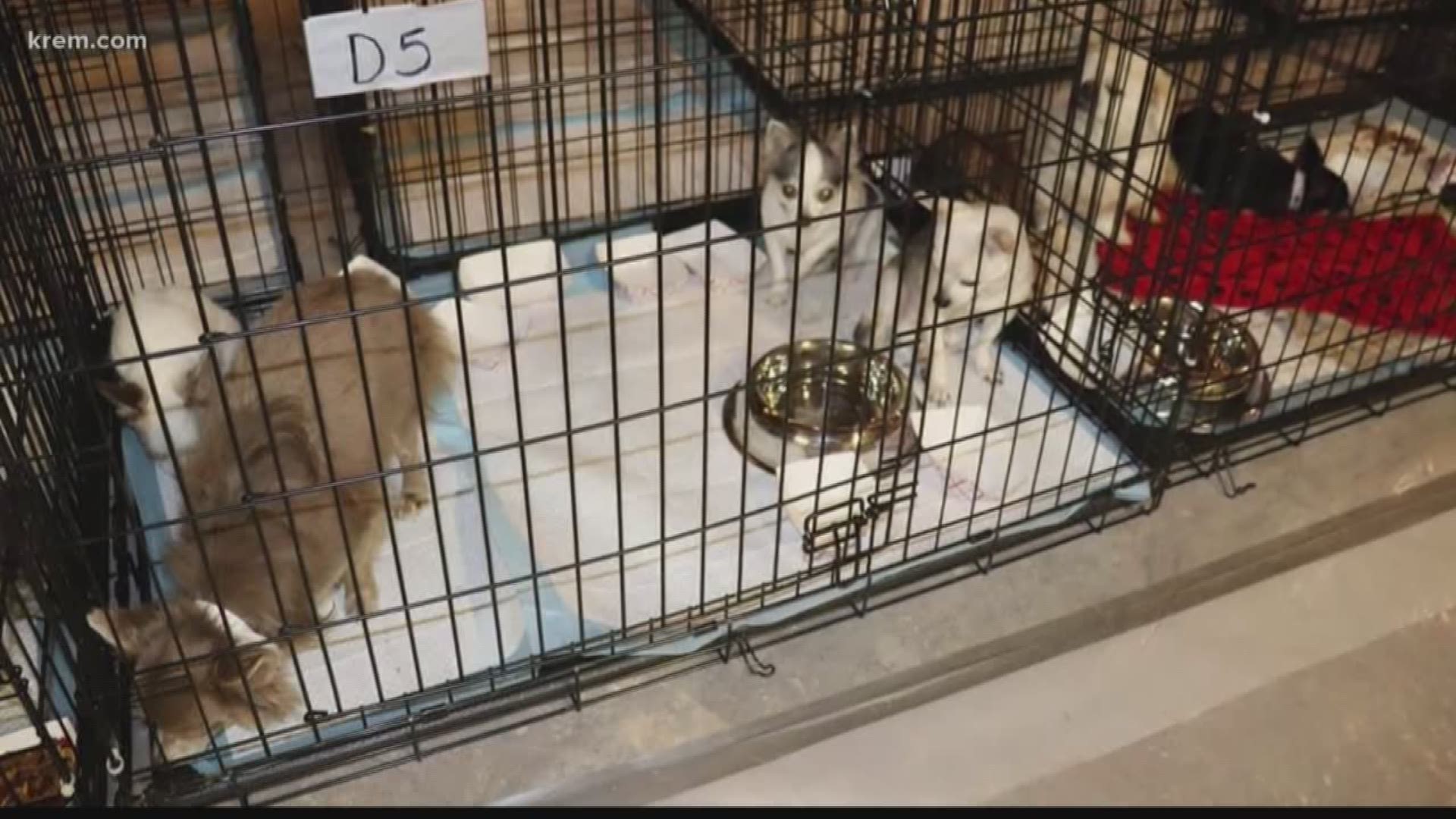 SPOKANE, Wash. — It's been less than a week since investigators in Stevens County seized more than 250 dogs as part of a crackdown on illegal breeders.

In that short time, volunteers caring for those dogs say they have been overwhelmed with support.

Aquila Brown, who owns the Yuppy Puppy pet stores in Spokane, has been on the front lines of those volunteer efforts.

It was last week when authorities in Stevens County announced that they had busted two separate illegal puppy mills, seizing more 250 dogs in the process. The dogs were taken from homes in the Suncrest and Ford areas.

At this point, the Stevens County Prosecutor's office says formal charges haven't been brought against the owners just yet because they are still waiting on reports from the Sheriff's office.

In the meantime, an estimated 100 volunteers have been looking after the dogs at an undisclosed location.

Brown said the amount of people who showed up wanting to help was remarkable.

In addition, dozens of people showed up to her store, donating everything from dog food, crates and cleaning supplies.

"When you send out an all-call for help, you get inundated with all sorts of stuff. So then it got overwhelming,” Brown said.

HEART of Spokane is one of the rescue groups helping to care for the dogs. They said that since the busts were announced last Wednesday, they have received $4,300. A separate fundraiser through American Humane has netted close to $2,000.

At this point, in terms of donations, there's still a need for puppy pads for the dogs.

"Those puppy pads are huge as well, we're going through about one-thousand a day right now,” Brown mentioned.

In terms of potential adoptions, the dogs technically haven't been relinquished by their owners, so they're not legally adoptable yet.

That's expected to happen within the coming weeks.

Donations can be made at HEART of Spokane's website.