Hundreds of dogs can be adopted soon after illegal puppy mill bust in Stevens Co. 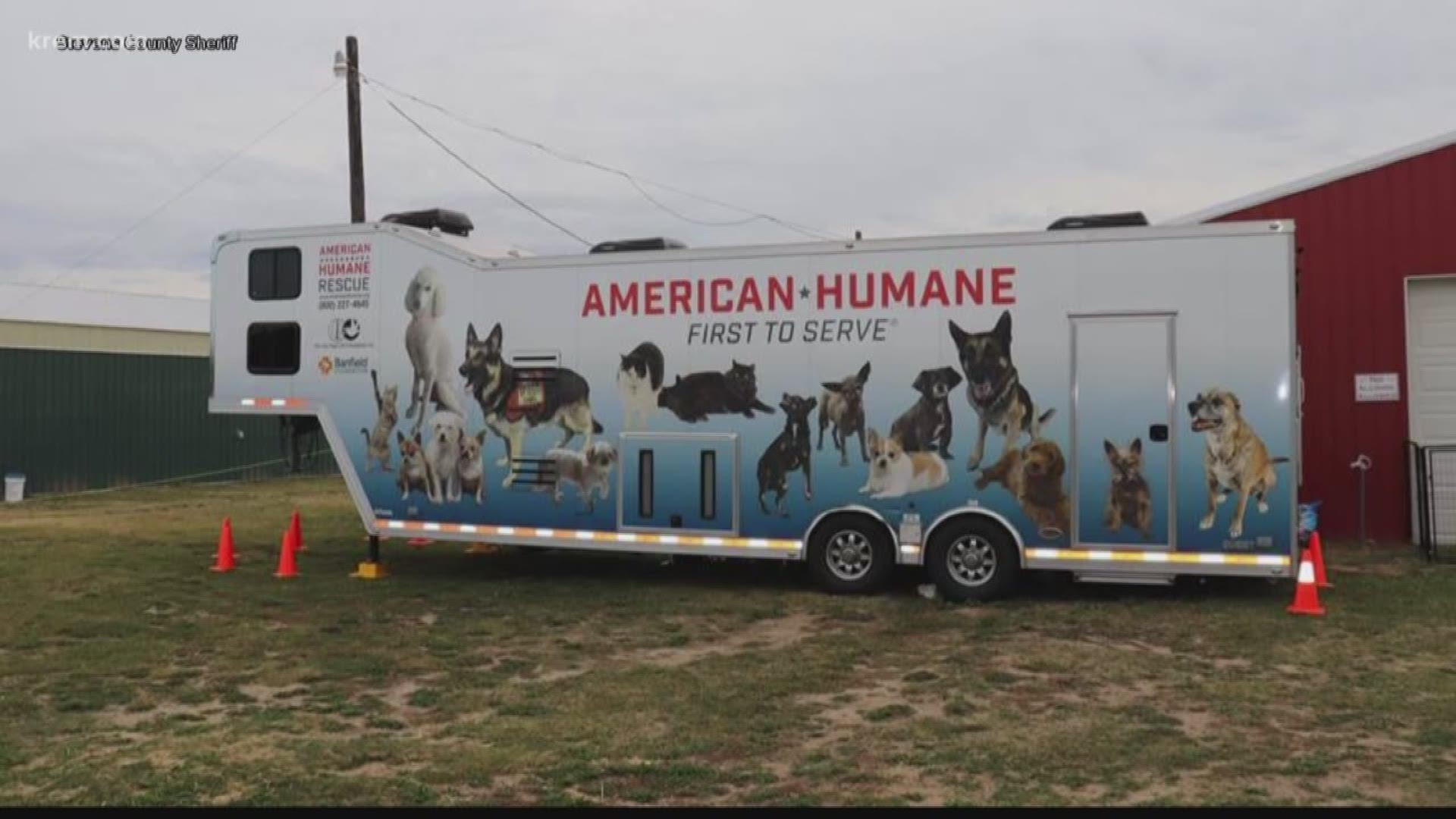 STEVENS COUNTY, Wash. — Hundreds of dogs are available for adoption – or will be soon – after authorities and a nonprofit rescued the dogs as part of an illegal dog breeding investigation.

Most of the dogs are chihuahuas.

Local authorities and American Humane organized the rescue, where 255 dogs were discovered in various states of medical distress. Around 100 of the dogs were healthy enough for transport and arrived in Monroe, Washington, on Tuesday. The dogs are going to five animal rescues in Western Washington.

Pasado's Safe Haven in Snohomish County, Washington, took 29 of the puppies and dogs. Their plan is to assess each animal, vaccinate and spay or neuter them. Pasado's anticipates the animals will be ready for adoption in the coming weeks.

Animals can be adopted at these locations:

Officials said one operation was located in the Ford area and the other in the Suncrest area of Nine Mile Falls. While they were serving the warrants, members of the Spokane County Regional Animal Protection service and local veterinarians were on scene to help contain, catalog and examine the animals.

Authorities said 89 dogs and puppies were found at the Ford location in various states of health conditions. They said one puppy was found near death. They also found a carcass that was improperly disposed of. The dogs were living in filth and investigators had to wear hazmat suits while processing the scene, according to sheriff’s officials. The dogs were found in a 10 x 60 mobile home occupied by two people.

At the Suncrest location, authorities said 166 dogs were also found to be living in filthy conditions in a split-level home. They were also in various states of health.

The dogs are evidence in an ongoing case against the breeders, according to Pasado's Safe Haven. They were being wrongfully sold on national websites. The Stevens County Sheriff's Office is seeking information from anyone who purchased a pet from breeders in Ford, Washington and Nine Mile Falls, Washington, and the puppy was sick or died.

Our sister station KING 5 in Seattle contributed to this report.