Nirvana fans will no longer be able to recreate a photo of Kurt Cobain taken along State Route 8.

The road sign along Highway 8 made famous was changed by WSDOT after concerns over safety. (Left image courtesty of Joey Littlemore via flickr. Right image courtesy of KXRO.)
Author: Kipp Robertson
Published: 8:17 AM PDT October 7, 2018

There’s no longer a reason for Nirvana fans to park on the shoulder of State Route 8 between McCleary and Elma.

What appeared to be just another road sign showing the distances to Elma, Montesano, and Aberdeen, was much more to people looking to recreate a photo featuring Kurt Cobain and Nirvana bassist and founding member Krist Novoselic. That sign, however, is no longer there.

The Washington State Department of Transportation replaced the sign – and made a key change to it – during culvert work in the area.

What changed on the sign was the approximate distance from that location to Aberdeen. The original sign in the photo with Cobain – and any replacements thereafter – stated Elma was 6 miles away, Montesano was 16 miles away, and Aberdeen was 26 miles away. Like Cobain did before them, people would block the number 1, next to Montesano, and number 2, next to Aberdeen.

The newest sign, however, says Aberdeen is 27 miles away. According to KXRO, which first reported the sign’s removal, it’s 26.7 miles to Aberdeen’s city center.

The change makes it impossible for people to recreate the Cobain photo.

The sign was replaced after people were seen entering the state’s work zone to recreate the photo, according to state spokesperson Doug Adamson.

Though the state isn’t aware of any injuries, “people crossing into a closed work zone is an obvious safety-related concern for not only the picture takers, but for other users of the highway and people working in the construction zone,” Adamson wrote to KING 5.

Washington State Trooper Chelsea Hodgson told KING 5 they are unaware of any specific issues related to the sign.

Dave Morris with the Aberdeen Museum of History says that sign was a highlight for Nirvana fans coming to Aberdeen.

“A lot of people would stop and check it out,” he said.

There’s a possibility the sign will come to Aberdeen. 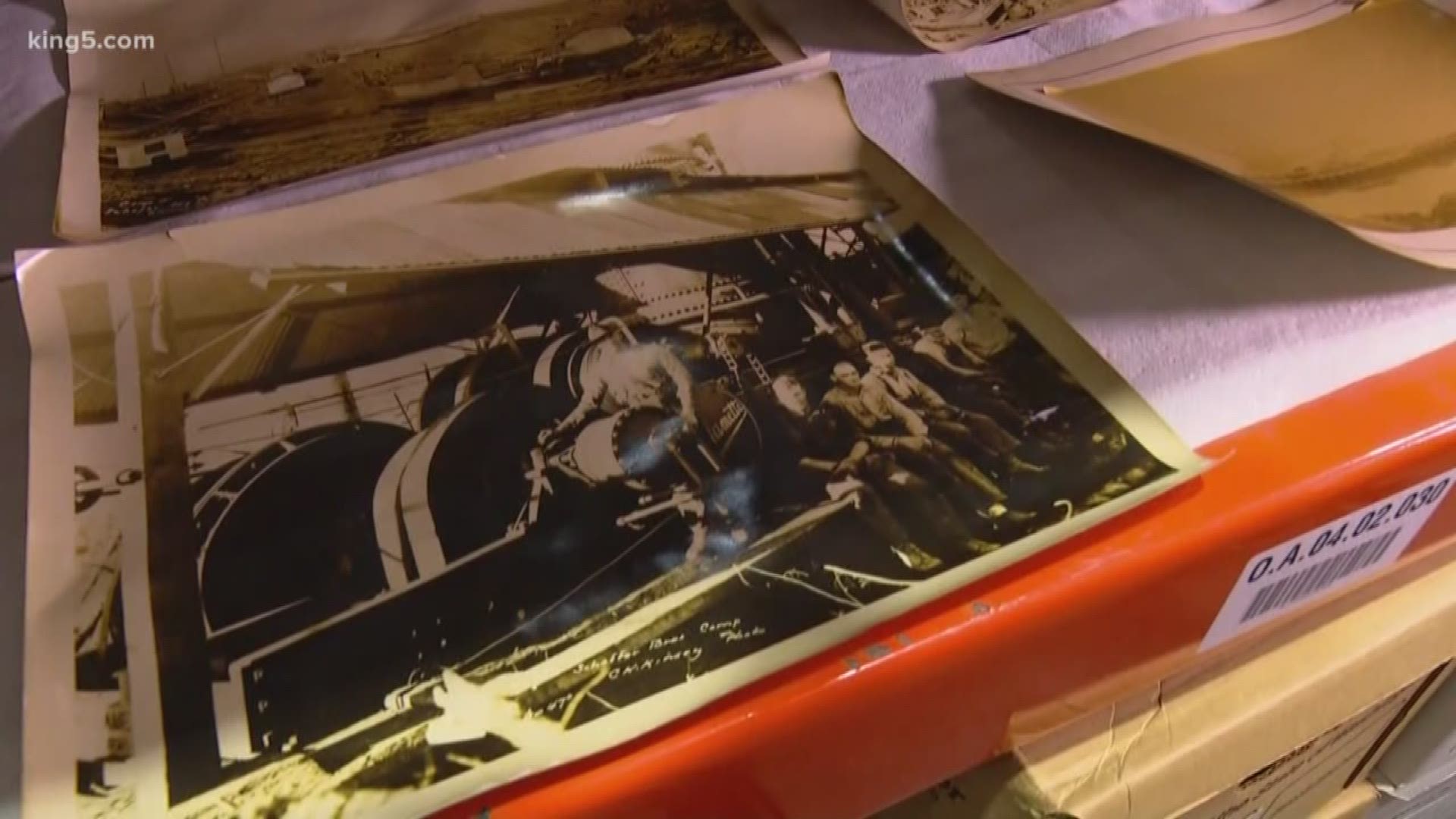