Stakeholders optimistic about downtown stadium negotiations, but no guarantees

The SPS board asked staff to work out a plan that meets a long list of requirements. 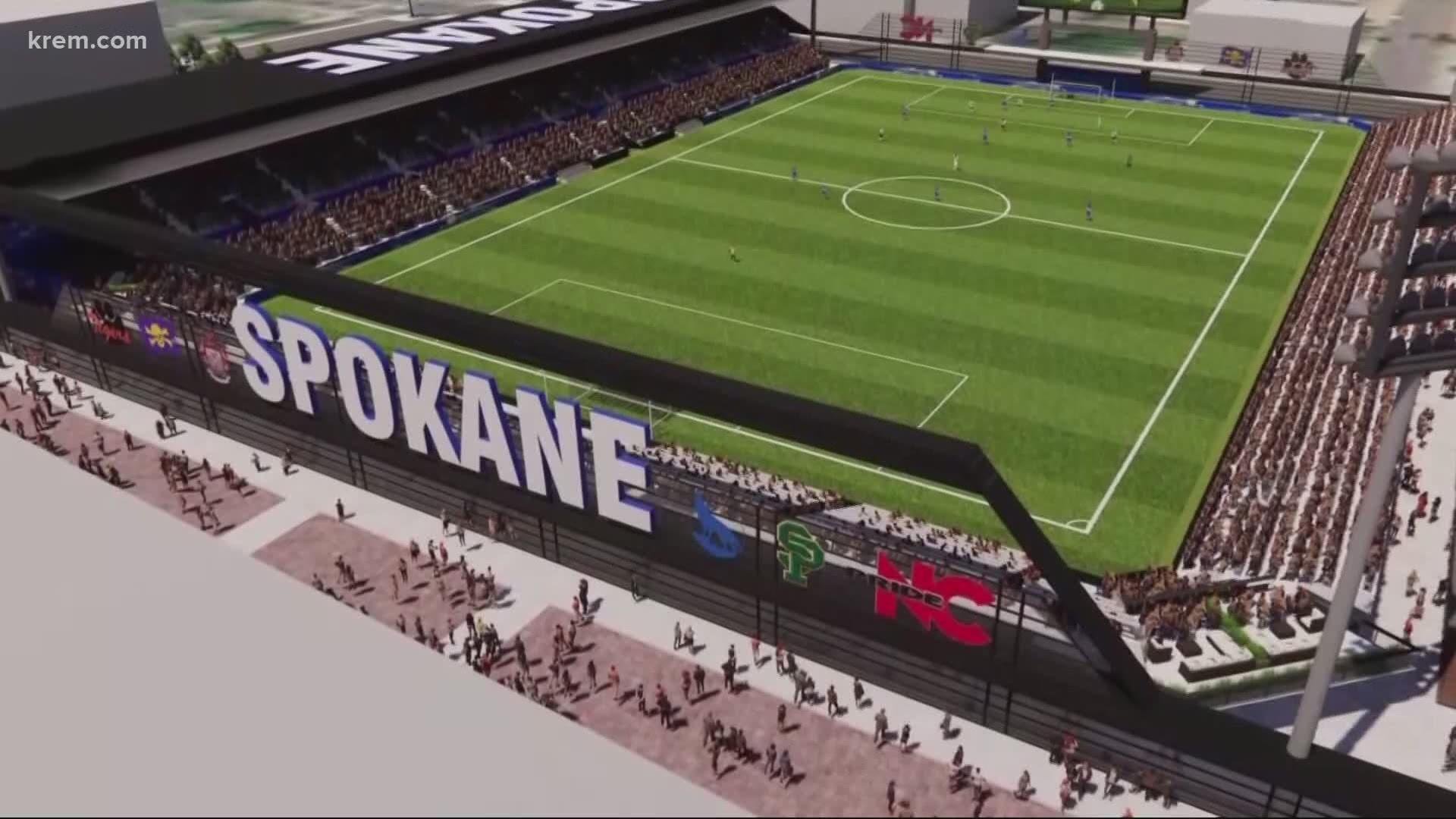 SPOKANE, Wash. — Things are looking up for a proposal to build an outdoor stadium in downtown Spokane, but it's still a long way from a sure thing.

On Wednesday night, the board of Spokane Public Schools voted 4-1 to approve a motion that asked district staff to negotiate a detailed proposal meeting several requirements outlined by board members.

In 2018, SPS voters approved a half-billion dollar bond that included $31 million to replace the decayed Joe Albi Stadium. That same year, voters withing Spokane city limits said they'd prefer that replacement be built at the same Northwest Spokane site, and the board green-lit a project there.

But in early 2021, business groups came back with a more detailed proposal for a stadium near the Spokane Arena. Since then, the board has been collecting more input.

Board members first expressed their views in Wednesday night's meeting. Many saw the appeal of a more central location. But they also had concerns about parking, effects to the nearby Spokane Civic Threatre, and going against the 2018 advisory vote.

To bridge that divide, board members drafted a list of parameters that must be met in order for them to consider going forward with a downtown proposal. Those requirements include things like total district ownership of the stadium, priority parking for district and Spokane Civic Theatre events, the district getting a cut from any events held at the stadium, guarantees about equity, and a guarantee that this plan will save the district money.

It's a lot,  but that's what board president Jerrall Haynes says is needed to go against the advisory vote.

"We need to gain such an amount of benefit that it would be irresponsible for us as leaders to ignore that, in order to be able to move forward, because we do respect our voters," he said.

Only board member Nikki Lockwood voted against the motion, skeptical her concerns would be resolved.

And although proponents of the downtown proposal may feel like the vote was a big win, Haynes cautioned against assuming it means the board favors downtown.

"I wouldn't necessarily say that," he said. "I would say that this motion passing last night provides a pathway should all parties that were included in the motion be able to come together and address the major concerns that our public has expressed."

Meeting all the requirements will certainly be a challenge.

"I think they will draw some resistance," said Haynes. "But ultimately like I said, our job as school board members is to do whatever's in the best interest of our students."

But several stakeholders told KREM on Wednesday, they were pleased with the board's decision and optimistic for the future.

"I think the very specific details will be worked out, but I don't think that there's anything currently that is the type of deterrent from not seeing this thing come to fruition," said Ryan Madden, a VP for the United Soccer League, which has pledged to come to Spokane if the stadium is built downtown.

"We recognize that there will be growth around us, and we are just very grateful that we are being brought to the table in this conversation," said Brianna McCracken, marketing director for the Spokane Civic Theatre.

District staff has a tight deadline to complete this plan. The board wants to make a final decision by May 5. And in that meeting, there are no guarantees either way.

"If every single parameter was met, that's significant," said Haynes. "I think that would provide for a very fruitful conversation and discussion on May 5th from the board. I think it's a lot less fruitful and productive conversation if the parameters aren't met."