Could Spokane students get fined for vaping?

The Spokane public school board seemed largely wary of a proposal to issue civil infractions to repeat offenders. 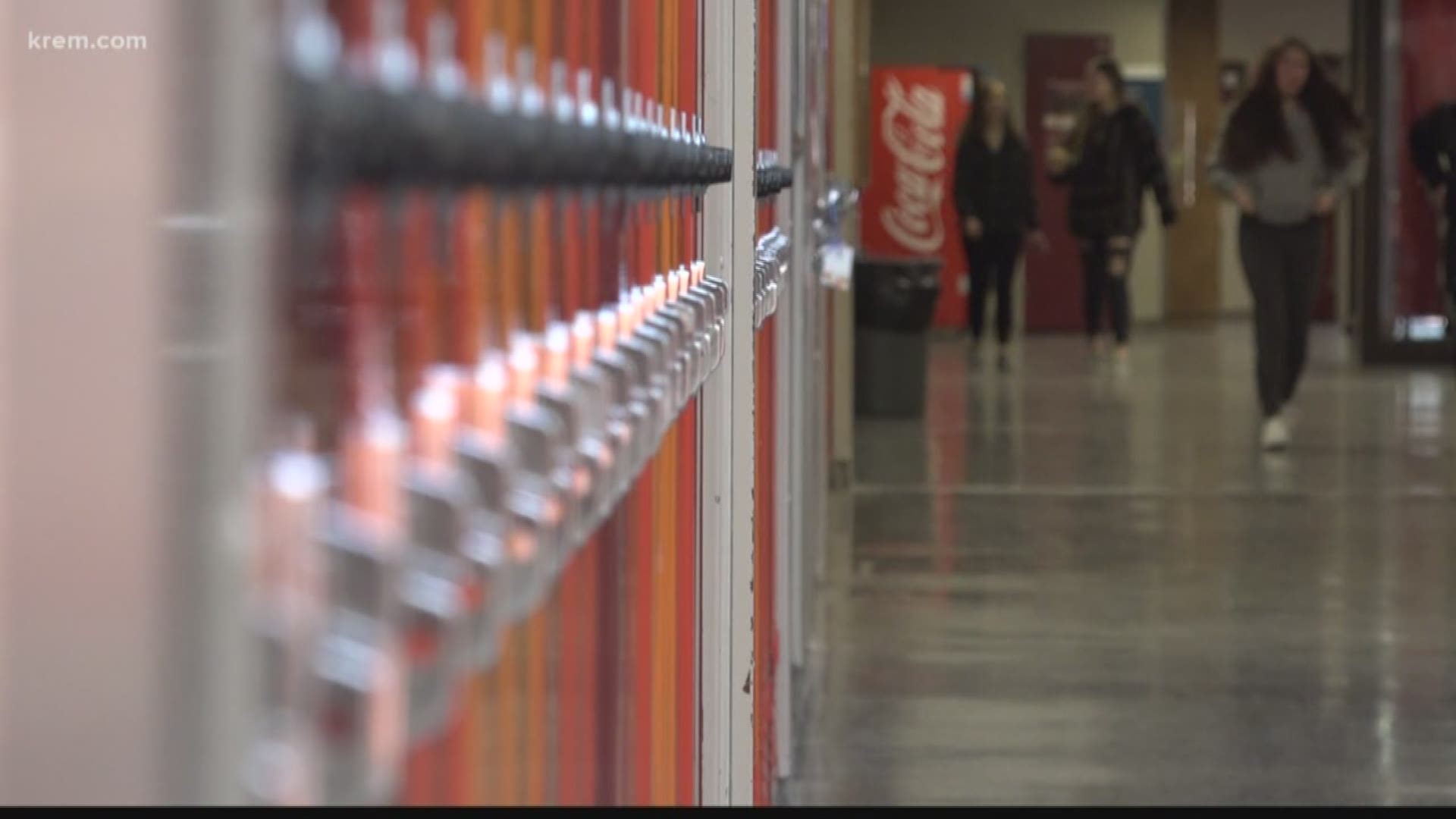 SPOKANE, Wash. — Spokane Public Schools are now considering the most extreme measure yet to combat the vaping crisis: fining the students.

In a presentation and discussion at the board meeting on Wednesday night, school leaders heard the case and expressed concerns about the effects such a measure could have.

No decision was reached at the meeting; the board will seek more information and input before even putting a definitive action item on the agenda.

The presentation began with an outline of just how bad the vaping problem has become within SPS.

According to district data, there were 497 tobacco-related incidents last school year.That's way up from the last two years, when less than 200 incidents were reported.

And so far, schools are again on pace to have nearly as many incidents as last year.

Two local principals were also part of the presentation. One explained that parents and teachers aren't the only ones worried about vaping; kids too are fed up. An exit survey done last year revealed students' number one concern was in fact the spread of vaping, with many avoiding school bathrooms to stay away from the stuff.

Right now, schools use about eight different intervention techniques to stop or discipline vaping. Those range from counseling to drug courses to short-term suspensions for repeat offenses.

But seeing as the rates of vaping aren't significantly declining, the more extreme option was brought up as a last resort if those other eight techniques haven't prevented a student from continuing to get in trouble for vaping.

Specifically, schools could issue a class three civil infraction for a minor using tobacco on school property. A class three infraction is basically like a traffic ticket.

It means students could end up in Spokane Municipal Court. Then, they'd either get fined $103 or possibly do community service instead.

At the meeting, all the board members expressed how seriously they took the issue of vaping, having received feedback from parents, teachers, and students about its prevalence and the negative public health effects. They also expressed particular frustration with corporations for their role in marketing the products to young children.

But, most members balked at the idea of getting the court system involved.

Many raised concerns about equality, pointing out that fines and other penalties would hurt low-income students more.

And on a night that featured extensive public testimony from youth and adult activists about the school-to-prison pipeline more generally, others simply found the notion too extreme, hoping to keep children as far away from the justice system as possible.

Nonetheless they indicated an interest in hearing more, hoping to address the vaping epidemic without creating brand new problems.

The board will have another discussion on November 6th, during which they could potentially take action.