The damage to the structure and its contents appears to be a total loss, officials said. 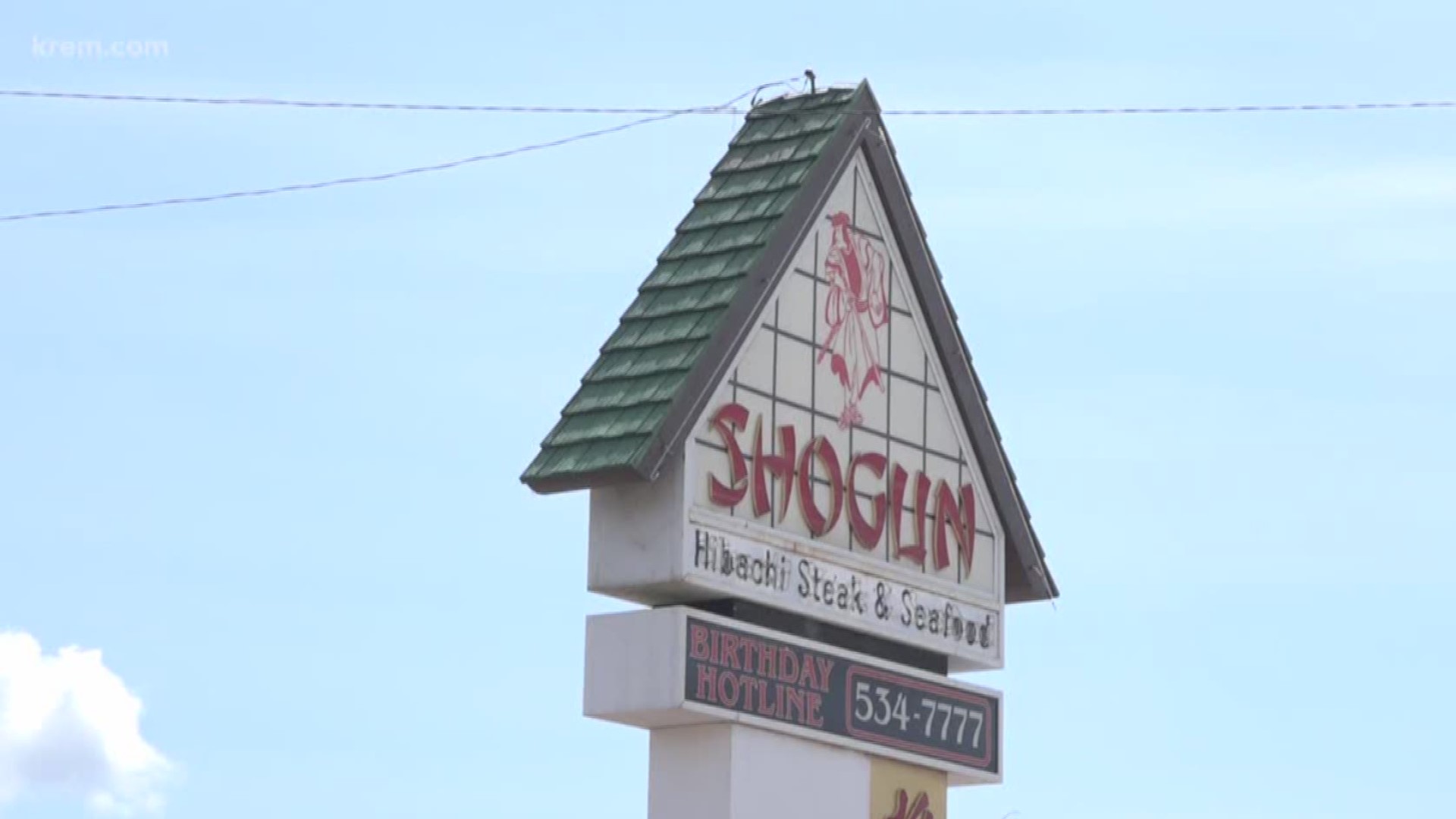 The Spokane Fire Department responded to the report of a building fire at 3:31 a.m.

First arriving companies found heavy fire coming through the roof of Shogun Restaurant located at 821 E. 3rd Avenue and immediately began to attack the blaze. Despite their attempts to enter the building, they were quickly forced out due to deteriorating conditions above them, Spokane Fire Department officials said.

The damage to the structure and its contents appears to be a total loss, officials said.

The incident commander eventually declared a defensive strategy to keep firefighters from entering the building. Despite intense flames reaching skyward and threatening an adjacent hotel and several other buildings, the fire was skillfully confined to the structure of fire origin, officials said.

It did not consume nearby occupied buildings, including Shogun Plaza Self Storage.

Areas below the building have experienced flooding due to the building’s elevation and location, and the significant amount of water necessary to fight the fire. Most of the run-off water has only flooded a few intersections, including Sprague Way and Third Avenue, and Arthur Street and Second Avenue.

The fire was declared under control in 7 hours and no injuries were reported.

Spokane Fire Department’s Special Investigation Unit is investigating the cause of the fire.

Though crews battled the fire for hours beginning around 3:30 a.m., the building was badly damaged.

A great deal of the building was collapsed or destroyed by flames. Two beams near the front were entirely collapsed.

The fire's cause is unknown at this time. No one was injured, according to Spokane Fire Chief Brian Schaeffer.

SFD is on scene of a Commercial Structure Fire at the Shogun Restaurant at 821 E 3rd Ave. 3rd Ave and several surrounding streets are closed and will be for several hours.

Working fire at Shogun Steakhouse this morning. No injuries so far. pic.twitter.com/NuJUWwWmWk

E. 3rd Avenue is closed from Hatch Street to Arthur while crews continue to fight the fire.

#BREAKING: I am on the scene of a fire at Spokane's iconic Shogun restaurant. @KREM2 pic.twitter.com/qQeF45CGq3

This is a developing story. We will provide more details as they are available.