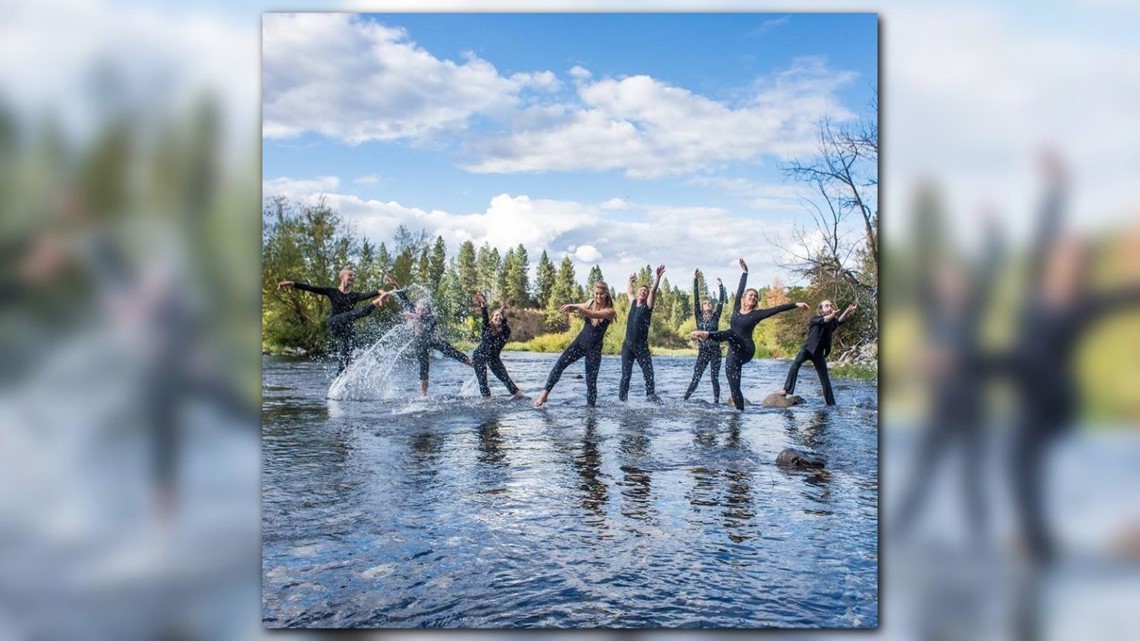 A local dance group is making waves throughout the area.

Vytal Movement Dance Company came from humble beginnings. Director and choreographer Vincas Greene, a former dance instructor at Gonzaga University who currently teaches dance in Easter Washington University's theatre department, taught an open community class at Gonzaga on Sundays. It was then that he realized Spokane was lacking a dance community for adults and Vytal Movement, the only professional dance company in Spokane, was born shortly after.

Vytal Movement had its first studio showing at Company Ballet School in August 2016 followed by a full concert in May 2017. This year, the company will perform another concert, “Confluence: Dances Inspired by the Spokane River” at the Bing Crosby Theater on April 20 and 21. You can buy tickets through TicketsWest.

Greene and his dancers are inspired by the river. He said he has personally learned to embody movement through years of spending time with and watching the river.

Greene is a native of Cheney, Washington, and alumnus of Eastern Washington University. He went on to dance in Seattle and at the Merce Cunningham Studio in New York before receiving his Master of Fine Arts from California Institute of the Arts.

The dancers are Grace Barnes; Lauren Bray; Melanie Huff; Christopher Lamb; Marta Nelson; Taylor Oddino; Lexie Powell; and Lauren Smith. Barnes presented her original paintings centered on the Spokane River's beauty and performed with Vytal Movement at the Marmot Art Space in Kendall Yards on Friday. She and other dancers performed in a piece titled "Small Pools" among others.

“Confluence” is in three sections, Greene said. “Awakenings,” a piece about Greene’s journey from the South back to the Spokane area and the transition from full-time academia to artistry, opens the concert. The third section is “Confluence,” which contains the river dances.

“It [the concert] really is delving into my perceptions with spending time with the river: how is it moving and how that is translated into people,” Greene said.

Thank you to Spokane Arts! We received a SAGA (Spokane Arts Grant Award) to help produce “Confluence” at the Bing Crosby Theater on April 20 & 21. We are honored and grateful. #vytalmovement #spokaneart

The entire company deeply cares about the river. Its members, including Greene, continuously work alongside local nonprofit Spokane Riverkeeper to clean up the river and reduce pollution.

Spokane Riverkeeper was formed in 2009 by a small group of lawyers fed up with polluters abusing the river, according to its website. It works to “ensure equitable access to resources and natural beauty of the Spokane River.”

“The Spokane River is the whole reason the city is here. It brings the entire city together. We wanted to use a subject that everyone in Spokane has ownership of,” Greene added.