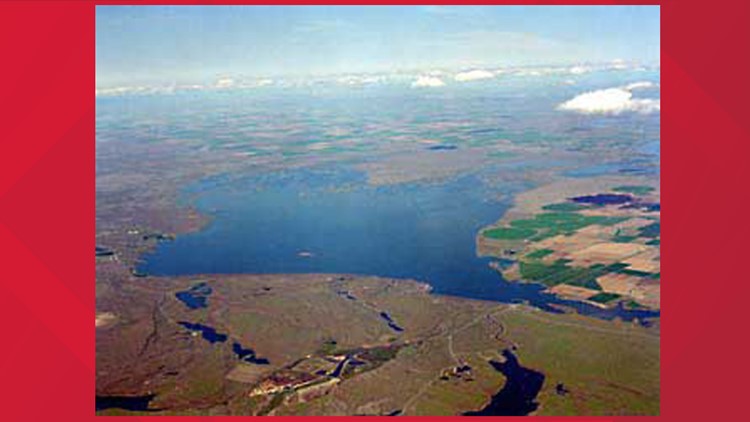 Photo by: U.S. Bureau of Reclamation

GRANT COUNTY, Wash. – A 52-year-old Spokane woman was rescued from the waters of the O’Sullivan Reservoir on Sunday night after her boat capsized several hours earlier.

The Grant County Sheriff’s Office said the woman was aboard a 16-foot boat that sunk at about 8 p.m. on Sunday.

Her 40-year-old companion swam to shore along Highway 262. Rescuers were summoned at about 9:15 p.m.

Boats and a drone with an infrared camera from the sheriff’s office, crew members from Fire District 5 and citizens searched the reservoir to find the stranded woman.

The woman was found at about 10:45 p.m. wearing a life vest and holding on to a gas can as a flotation device, the sheriff’s office said.

She was taken to Harborview Medical Center in Seattle for hypothermia and inhalation of gasoline fumes.

O'Sullivan Dam is about 15 miles south of Moses Lake. The 27,800-acre reservoir formed by the dam collects return flows from all irrigation in the upper portion of the project for reuse in the southern portion.

RELATED: ‘I had to go in and get him’: Dad jumps into rocky waterfall to rescue son

RELATED: 'It was just a miracle': Stevens Co. woman found after community goes on 5 day search