Liberty State's border would be along the "crest of the Cascade mountains and the western borders of Okanogan, Chelan, Kittitas, Yakima and Klickitat counties." 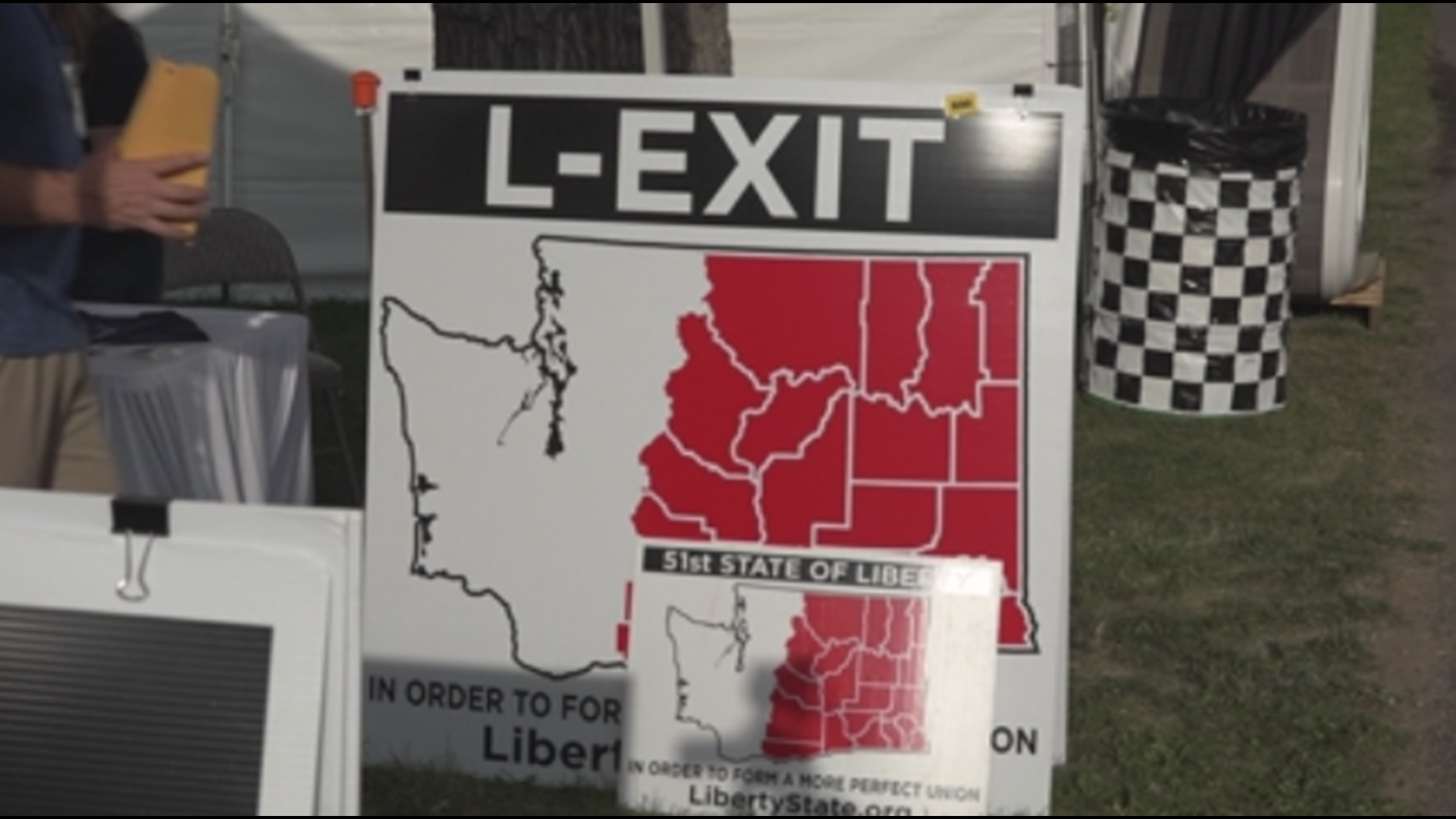 OLYMPIA, Wash. — Editor's note: The above video is from previous reporting on efforts to turn Eastern Washington into "Liberty State."

Two Representatives to the State legislature out of Spokane Valley introduced a bill on Monday to create "Liberty State," which would separate Eastern and Western Washington.

Liberty State's western border would be along the "crest of the Cascade mountains and the western 8 borders of Okanogan, Chelan, Kittitas, Yakima, and Klickitat counties," according to the bill. The eastern, northern and southern borders would remain the same.

The bill also outlines transition committees that would aid in the new state's creation and set up representation for the new government.

The Liberty movement has faced criticism because of its ties to Shea, who has been linked to groups training young men for biblical warfare and the Malheur National Wildlife Refuge Armed Takeover in Oregon.

Shea attempted to pass the bill in the State House for several years during his time as a representative. However, the bill has never received widespread support and is unlikely to pass in the Senate.

Both the Washington State Legislature and Congress would have to approve of the creation of the new state.