According to Jason Boudreau with Drive509, 13-and-a-half feet is the standard height for semi-trucks. That is why some bridges that are 11 feet or just over can cause problems. 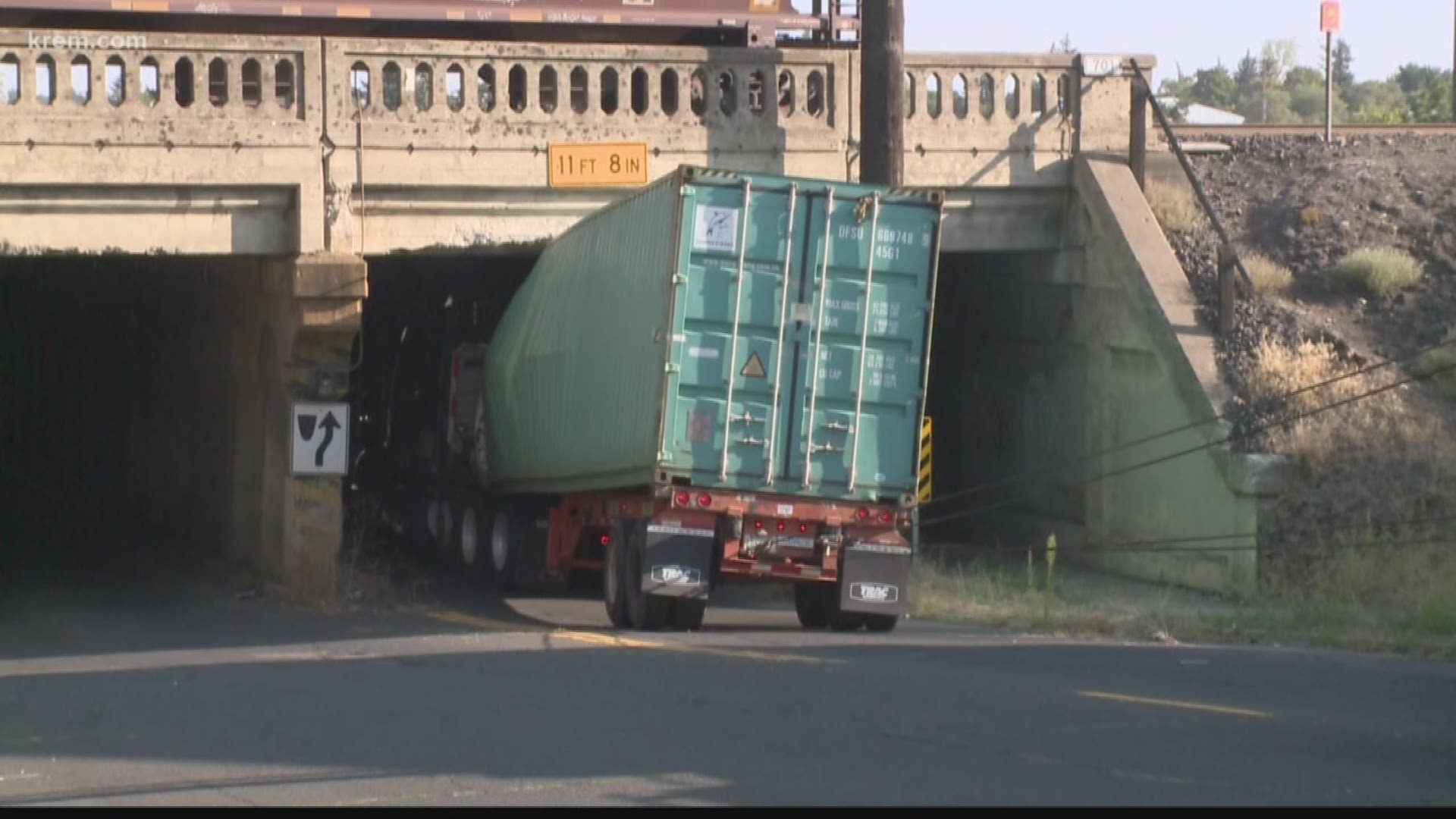 Truck drivers throughout our area continue to get stuck under bridges. A local driving instructor said he's making sure his students know better.

According to Jason Boudreau with Drive509, 13-and-a-half feet is the standard height for semi-trucks. That is why some bridges that are 11 feet or just over can cause problems.

Boudreau said most bridges are built to be above 13-and-a-half feet. But some bridges in Spokane have been standing for a long time and this height was not always standard.

Boudreau said he teaches his drivers in training to be more vigilant.

"We see it in Spokane, we see it all the time there's a lot of streets downtown, they have warning signs, the bridge height, everything possible for the driver to see," Boudreau said. "Just driver awareness, be alert, look up, pay attention."

Boudreau said drivers in training at his school are tested while they are out.

If they decide to take a certain turn that leads to a bridge that is too short, instructors will stop them and let them know what would have happened. They also emphasize how important it is for truck drivers to be aware of these signs.

He said there are some areas where signage is not obvious but bridges like the ones downtown have very clear signs.

He suggested paying close attention and remaining aware of routes, and that companies employing drivers warn them of bridges along their routes that are too short.

According to a City of Spokane spokesperson, there have been about 100 collisions over the last decade involving low railroad bridges in Spokane and a third of those happened at the bridge at Stevens downtown.

That's why the City added a detection system at that bridge to alert drivers of vehicles over the height limit.

The City hopes to install these systems at 10 different locations in Spokane.