Spokane school board to discuss downtown stadium proposal next week

The school board received a presentation Wednesday night about the thoughts of thousands of people regarding a downtown Spokane stadium. 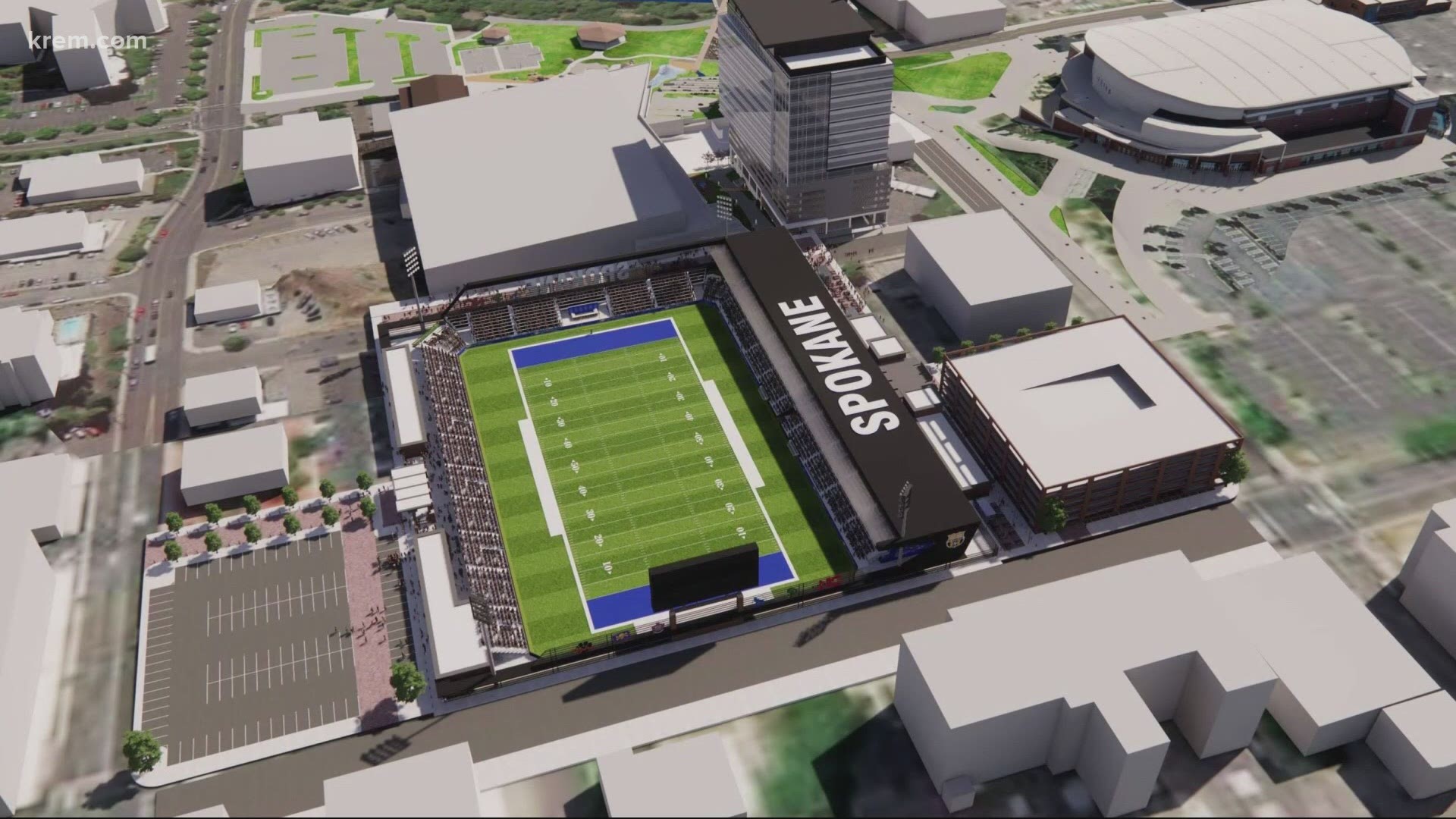 SPOKANE, Wash. — People eager to hear the opinions of Spokane Public Schools board members regarding a new proposal to build a stadium downtown will need to wait another week.

On Wednesday, the board heard a presentation on the results of a survey commissioned to get public input, but did not weigh in themselves.

The board is scheduled to discuss the issue at the next meeting on April 21, but whether they will take any sort of action or vote is still yet to be determined.

The presentation, given by ThoughtExchange CEO Dave MacLeod, outlined the opinions of more than 7,700 people who participated in the uniquely-styled survey.

ThoughtExchange aims to reduce bias in surveys by asking participants to express open-ended thoughts, and then rate the thoughts expressed by others who have taken the survey.

The majority, more than 5,000, of the participants expressed support for the downtown proposal. Many said they liked a more central location because of its ability to improve access and potentially boost the economy.

Thousands of people still remained wary of the new proposal or firmly opposed. The most common concerns expressed included the effect traffic and noise from the stadium could have on the nearby Spokane Civic Theater, general questions about parking, and the fact that a 2018 advisory vote within Spokane city limits — which omitted thousands of people who live inside the district but outside city limits —  showed overwhelming preference for building the new stadium at the current Joe Albi site.

MacLeod stressed that the results aimed to demonstrate common ground and appreciate nuance, pointing out that many people like the idea of a downtown stadium in general, but qualify that support with specific concerns.

"Just because they said something positive, doesn't mean that it's a slam dunk," he said. "You actually still have to listen and come up with a solution that's going to meet the needs of people, and consider their concerns."

Likewise, many people who seemed generally opposed to the new site could be open to it if some changes to the plan are made.

Following the approval of a half-billion dollar bond in 2018, and the results of the advisory vote, the SPS board voted to approve a project for a 5,000-seat stadium at the existing Joe Albi site. That project has already completed the design stage, and contracts for construction are expected to go out soon.

That means if the board wishes to scrap the project and move forward with a downtown stadium, they'll likely need to make that decision soon.