'We can't do this anymore': Spokane restaurants brace for Phase 2 possibility ahead of Mother's Day

Just days before what's supposed to be the busiest restaurant weekend of the year, Spokane restaurants owners are waiting for Governor Inslee's decision. 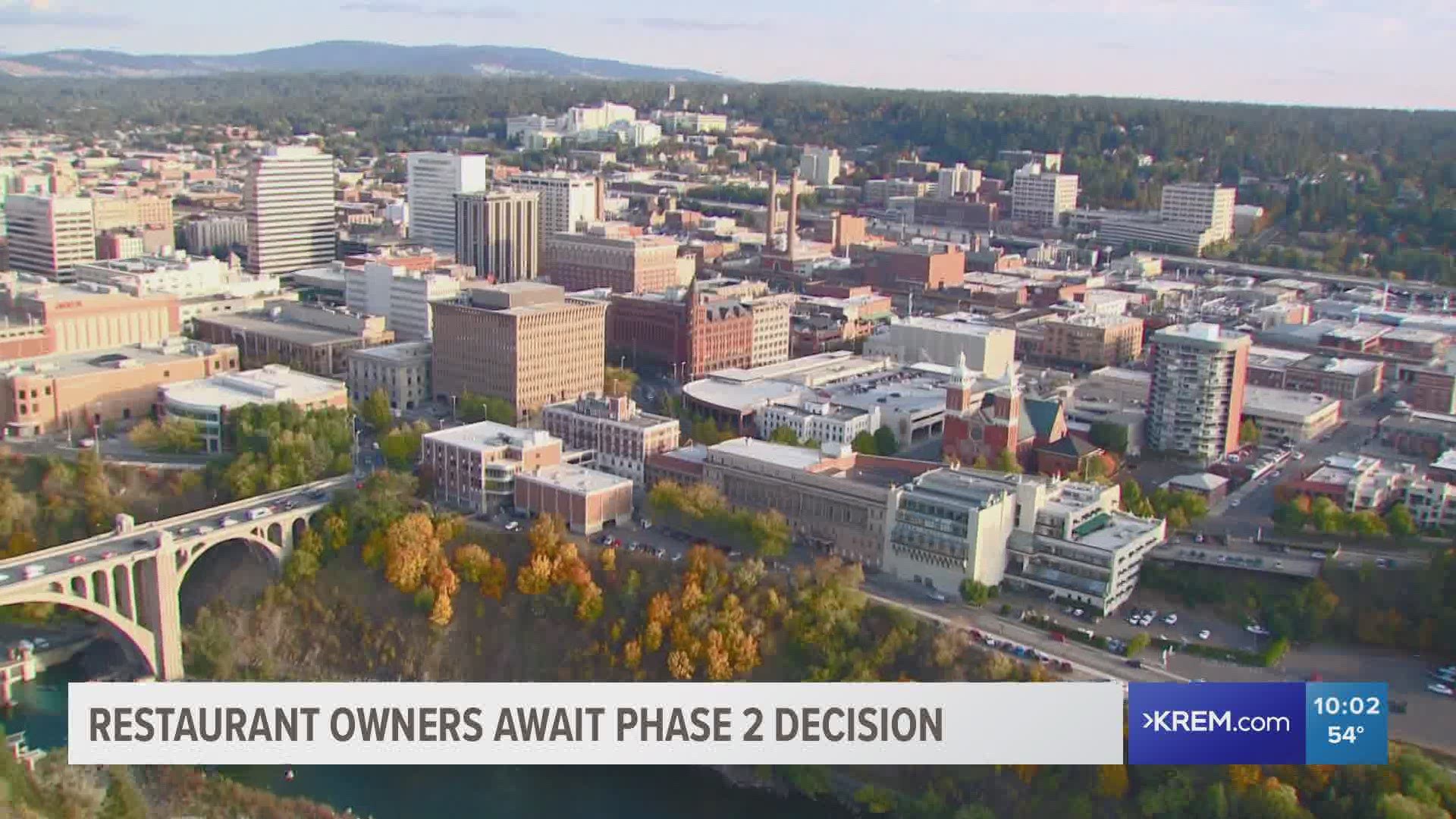 SPOKANE, Wash. — Just a few minutes past 3:30 p.m. on Monday afternoon, Deb Green finished her inventory for Madeleine's restaurant, one of the three restaurants she co-owns with her children.

This week's inventory included stock for Mother's Day weekend, the time of year well-known to all restaurants across the country as a busy and profitable weekend of the year.

"It's traditionally the biggest day of the year for restaurants, but here locally you add in Gonzaga's graduation and WSU's graduation, so all of these events combined really translate into a lot of people coming through your establishments," said Green. "It's a weekend that we always look forward to."

But in 2021, Mother's Day weekend in Spokane also falls during the same week that Governor Jay Inslee was expected to announce which Washington counties will roll back into Phase 2 of the statewide reopening plan.

"I'm kind of planning for the worst," Green said. "I personally don't see a scenario where we don't get sent back to Phase 2."

Ken Belisle, owner of The Onion, says he thinks a majority of restaurant owners spent the days leading up to Inslee's announcement with a few stiff drinks to calm their emotions.

It's not a pleasant idea to imagine what the rest of the week could entail if Inslee orders more restrictions for local restaurants, he said.

"We're all kind of sitting on the edge of our seats, wondering if we're going to have to call half of these people back," said Belisle. "There's no way to dial back until we hear the word. And even then I don't know that I'm going to, as far as we're certainly not going to lay anybody off. We can't do this anymore. These people, my poor crew... You get a little emotional about it."

Until then, Belisle and Green agree the way they've been able to proceed is by planning as if nothing is going to change.

If it does happen, they're already looking for signs of hope to continue their fight toward keeping their doors open into the early months of summer.

"My hope is that this is only going to be for three weeks," admitted Belisle. "We're not laying anybody off. We're going to find work for them."

"We've also found that we're resilient, and we bounce back," Green said. "And I hope that's the case for most of my compatriots in this business."