After rowdy celebration, Spokane police will ramp up presence for Gonzaga Final Four

Spokane police officers will also focus on the Logan neighborhood and activate a downtown bar patrol, along with working other areas of the community as needed. 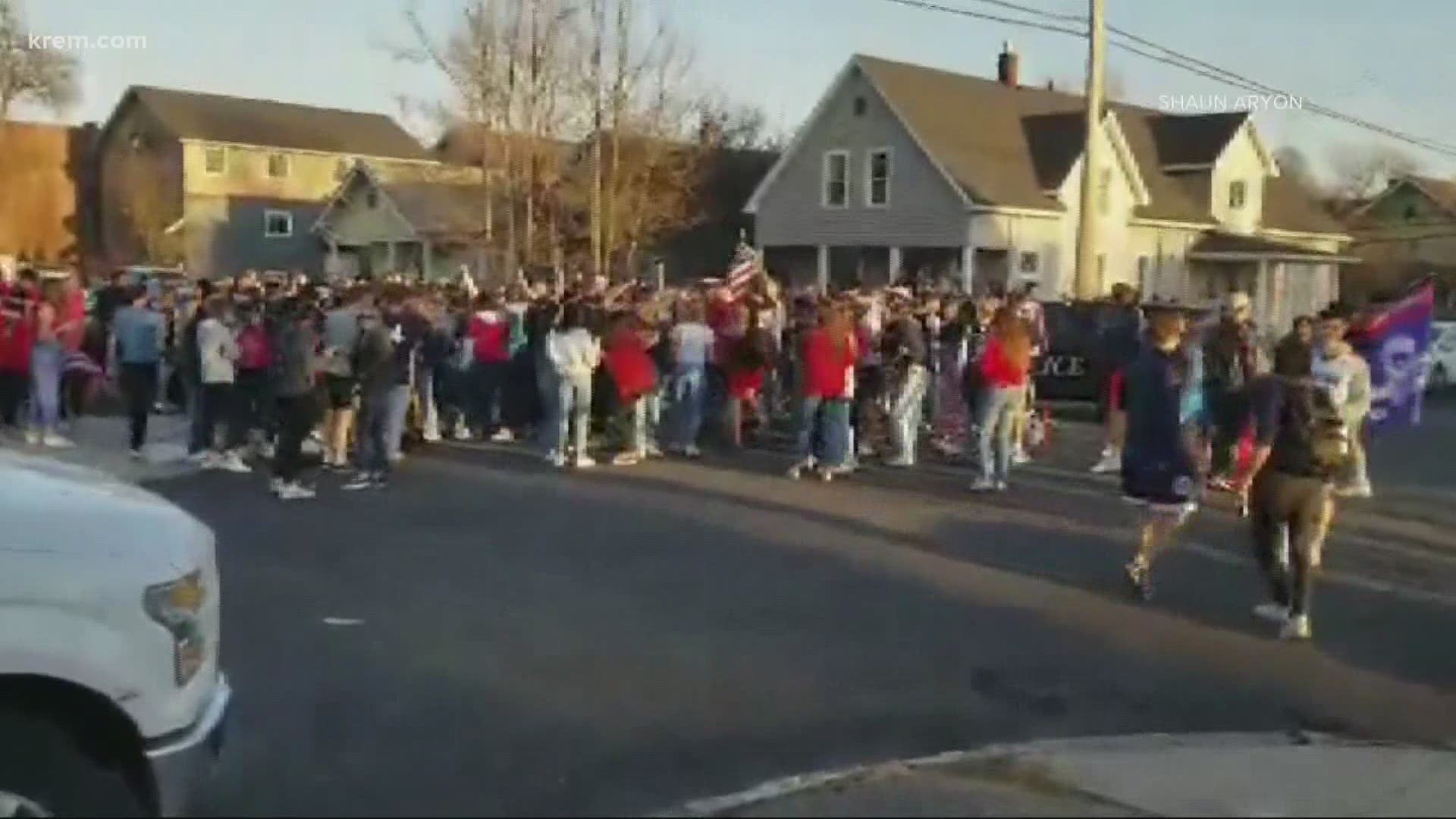 SPOKANE, Wash. — The Spokane Police Department is ramping up its presence on Saturday as the Gonzaga men's basketball takes on UCLA in the Final Four.

This comes after hundreds of Gonzaga students took to the streets of the Logan neighborhood on Tuesday after the team's win over the University of Southern California in the Elite 8. Police responded to numerous calls about a large party and a couch set on fire in the 800 block of E. Nora Avenue. Approximately 400 students had gathered in the area, Spokane Police Officer John O'Brien said.

A video taken by Shaun Aryon shows a large group of students, most of whom were not wearing masks, standing around a burning couch before some tried to douse the flames with water.

Gonzaga University Campus Security and Public Safety will join SPD in providing security and enforcement on Saturday and into the early hours of Sunday, SPD spokesperson Julie Humphreys said. Officers will also focus on the Logan neighborhood and activate a downtown bar patrol, along with working other areas of the community as needed.

No arrests were made at the large gathering on Tuesday but officers "will enforce violations of the law to ensure all celebrations remain peaceful" over the weekend, Humphreys said.

"SPD encourages students and the community alike to celebrate our hometown team in a safe, lawful and respectful manner," she wrote. "SPD also reminds people if they are watching the game at a friend’s house or restaurant/bar to have a designated driver if drinking. Please be mindful of traffic and pedestrian laws when celebrating outdoors."

Washington State Patrol will also have extra troopers working on Saturday to ensure that drivers have a safe weekend, according to a press release. Troopers from the WSP Mobile Impaired Driving Unit (MIDU) will also be in Spokane to man breath test machines and help quickly process drivers that have been arrested.

WSP encourages drivers who see any dangerous behaviors to call 911.