The Novak family’s attorney announced their decision to release what they say is “disturbing” body camera footage from the Spokane Police Department. 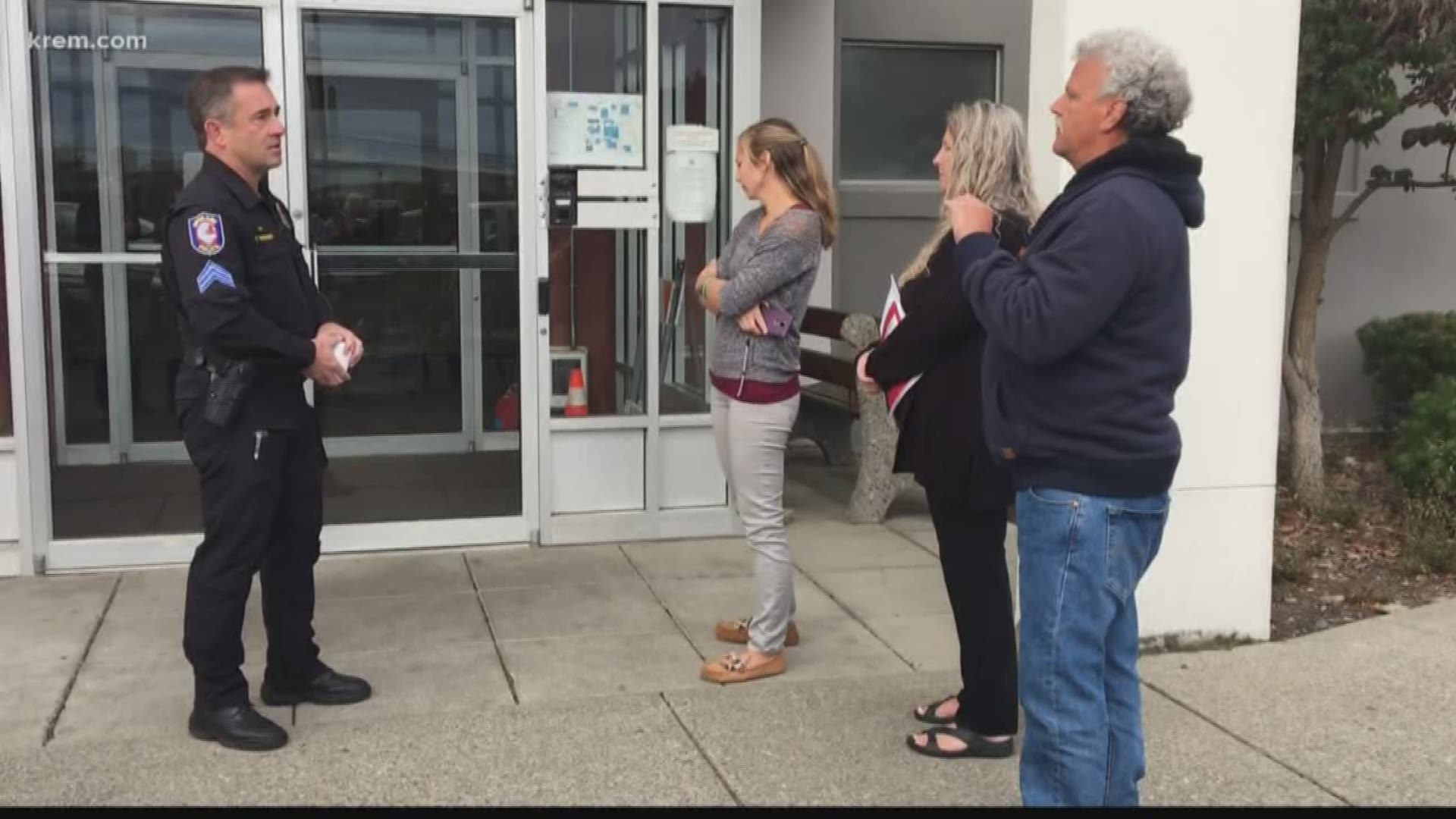 SPOKANE, Wash. – Spokane police are releasing more details on Friday in the fatal shooting of a 35-year-old man at his home in the 600 block of W. Montgomery Avenue.

In a press conference that began at 10 a.m., police said they would show body camera footage from three officers on scene and a responding medic, along with audio from two 911 calls.

Prior to the press conference, the family of David Novak confronted police at the Major Crimes Unit office. The family says the police department has failed to notify them of its findings or what action they are taking multiple times.

Police say 35-year-old David Novak threatened to shoot and kill a group of men following a verbal confrontation on Jan. 7. Novak then walked back to his house and the men called 911 shortly after the encounter.

According to police, a responding officer told dispatch they had heard a gunshot and moments later a confrontation led to Novak being shot by Officer Brandon Rankin. While Novak did retreat into his house after being shot, he was found lying inside and was pronounced dead on scene.

On Friday, police said that Novak's criminal history was limited, with all felony convictions prior to 2004. Novak was not under Washington Department of Corrections supervision at the time of the shooting.

In a statement sent to Spokane Police Chief Craig Meidl, the Novak family's attorney asked the police department on Friday to "preserve all evidence in this case including but not limited to, the physical evidence, the bat, clothing and personal effects of the victim, the electronic evidence, all 911 audio and transcripts, all dispatch information, the police body cameras, all notes and and findings, all presentations that the police and prosecutor’s office have provided to the media and the public, and any other evidence in your possession or control pertaining to this case."

"Today, they were literally locked out of the meeting you held with the press. Please provide us a reason why the family was forced to remain outside and not allowed into the building during the press release," Rondi Thorp, the attorney for David Novak's family, said in the statement.

Thorp alleged in the letter that the police department selectively released one of the two 911 calls that informed police a man was pounding on Novak's car five minutes before he was shot. It also claims officers were allowed to review and discuss the body cam footage prior to giving statements.

"The body cam video Officer Rankin was wearing casts serious doubts on the veracity of Officer Rankin’s story and highlights why officers should not be permitted to speak with other officers and review video footage before giving statements in such a serious case. Not immediately taking the statements of police officer witnesses and allowing their memories to be compromised by other witness statements causes great concern about the honesty, integrity, and transparency of the Spokane Police Department and the City of Spokane," the statement reads.

In August, Spokane County Prosecutor Larry Haskell said at a press conference Rankin was “justified” in his use of lethal force.

Members of Novak's family attended the press conference and confronted Haskell and Chief Craig Meidl about the shooting and the decision not to prosecute.

“Prosecutor Larry Haskell either did not have all the facts when he made the decision that the shooting was justified or is willfully ignoring the facts,” wrote the Novak family’s attorney Rondi Thorp in a statement released ahead of Friday’s press conference.

In the same statement, Thorp announced the family’s decision to release what they say is "disturbing" body camera footage from the Spokane Police Department.

“We have asked for this footage and for all the body cameras for months now and our requests have been ignored,” the family's statement reads in part.

The 58-second video shows an officer yelling, "Spokane police, get down on the ground. Drop the gun." Moments later, shots are fired.

"The officer who appeared to do the shooting appears to shoot from two houses away on Wall Street. How can the Spokane Police Department tell the community this is reasonable? David Novak was in his own yard, he was unarmed. They never even gave him a chance to comply. How is a bat a threat to an officer that is two houses away on another side street?" the family's statement reads in part.

According to a radio dispatch traffic timeline, the 911 calls came in at about 10:24 p.m. Several minutes later, an officer said he had "just heard a shot," and then added that it "sounds like a pump shotgun or something like that."

Rankin and another officer arrived on scene shortly after, according to the timeline.

Officers announced that shots were fired at about 10:28 p.m. before Novak walked into the home. Rankin identified himself as the one who fired the shot.

Another office said that Novak "fired a shot for sure" and added that he "saw smoke over by the house," according to the dispatch timeline.

Officers then surrounded the home and began evacuating nearby homes as more units arrived on scene.

At about 10:46 p.m., officers said they were approaching the home. Moments later, they said they were pulling Novak out of the house and beginning life-saving measures.

Officers reported that life-saving measures were unsuccessful at about 10:51 p.m.