Spokane makes list of top 100 cities in the United States

The list chose Spokane for its nightlife and growing restaurant scene. 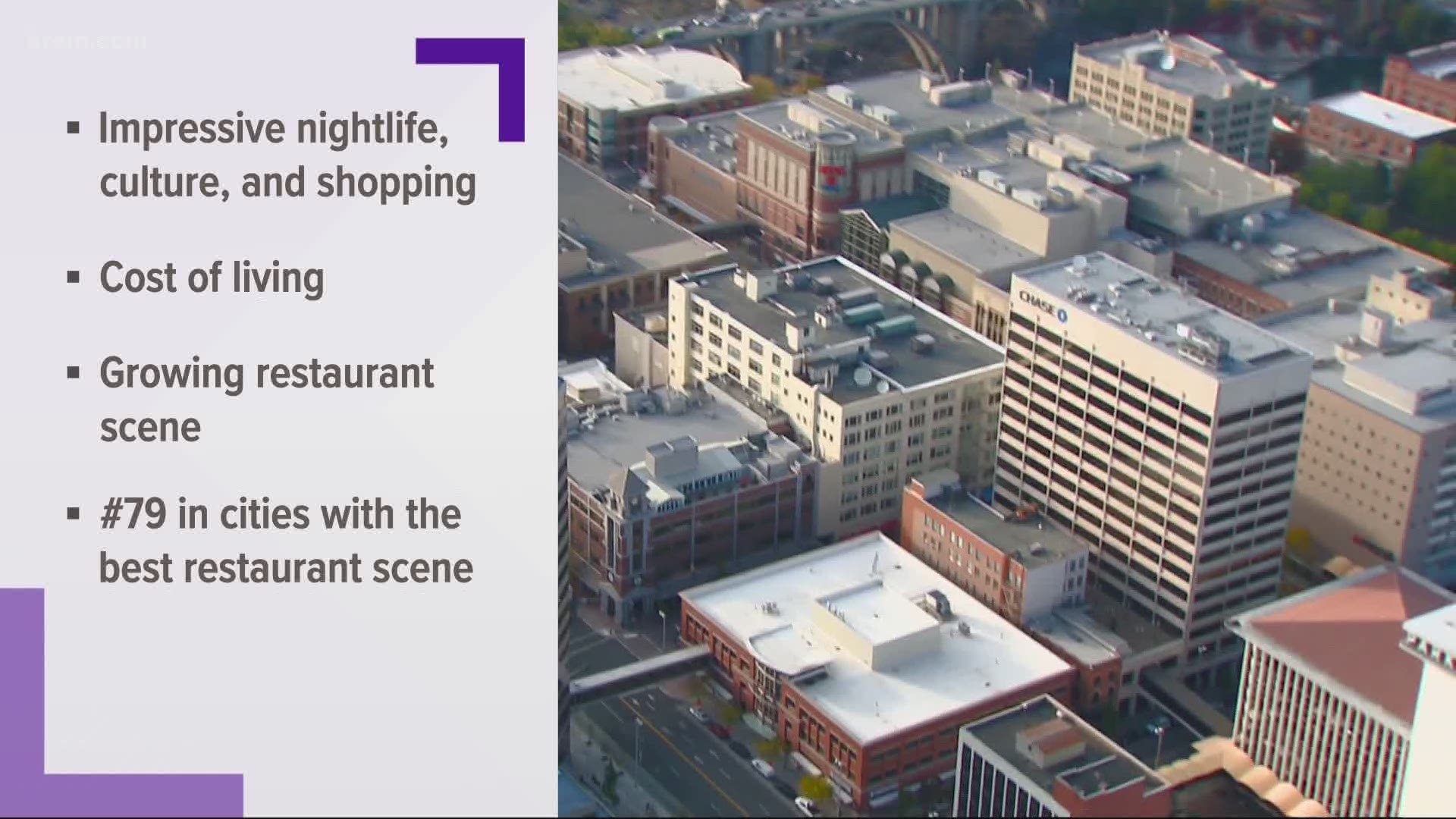 SPOKANE, Wash. — Resonance recently released its annual list of top 100 cities in America and Spokane made the cut.

Washington’s second largest city ranks at No. 89. Impressive nightlife, culture and shopping were noted as some of the cities best qualities. Resonance also mentions how Spokane’s cost of living attracts people from the west side of Washington.

Spokane’s growing restaurant scene and eastern Washington’s wine country also caught Resonance’s eye. They ranked the city’s restaurants at 79th in the country and said things will only get better, especially new restaurants opened regularly before the pandemic.

The list ranks New York City first for the fourth year in a row. Los Angeles ranks second. Seattle ranks 15th for its focus on education and tech industry.

Portland also made the list at No. 22. The list cites its sights and parks, while mentioning the fact that the show “Portlandia" put the city on the map.