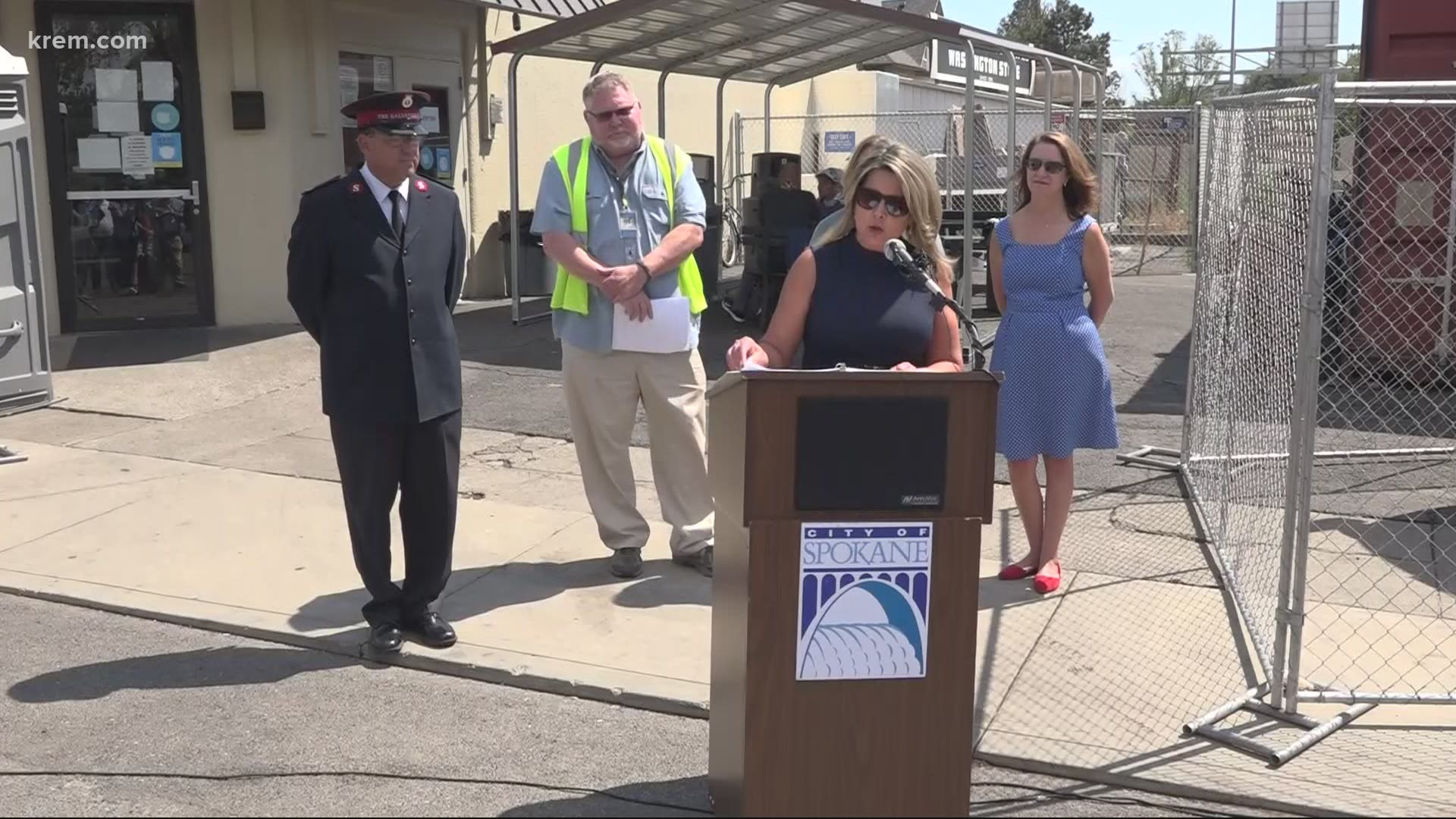 SPOKANE, Wash — Spokane Mayor Nadine Woodward and other county leaders gave an update to the plan to tackle homelessness on Thursday morning at the Cannon Street Shelter in Spokane.

County Commissioner Mary Kuney joined Woodward for the announcement that began at 11 a.m. They were also joined by Mike Shaw, founder and CEO of the Guardians Foundation, Major Ken Perine of The Salvation Army, and Fawn Schott, president and CEO of Volunteers of America.

In the summer of 2020, Woodward laid out a plan to maximize partner and funding resources and fill identified gaps in collaboration with Spokane County, Spokane Valley, and service providers. Since then, Woodward said they've been able to begin the process to convert The Way Out temporary drop-in shelter location into the Bridge Housing Program, secure state funding for a Young Adult Shelter, reintroduce the Cannon Shelter to the Browne's Addition neighborhood, add flexibility to the shelter system during severe weather events and added new assets to meet specialized needs and better distribute resources.

“We have accomplished a lot over the past year as we fundamentally shift how we transition people out of homelessness,” Woodward said. “We are taking an outcomes-based approach that balances the different voices, perspectives, and needs and is strengthened by the partnership between the Administration and City Council as we work closely together as an organization on policy and financial considerations.”

Woodward said a request for proposals for the year-round operator of the Cannon shelter will be released Friday and remain open for 30 days. The site will become a critical homelessness services center intake point for the regional system, according to the city. The center already gives people experiencing homelessness a place to rest, get a meal, take a shower, use the restroom, recharge electronic devices and do laundry.

The city expects to select an operator by Sept. 1.

The city is also extending its partnership with the Guardians Foundation for the Cannon Street Shelter. The city is extending the contract, which was set to expire on June 30, through the end of the summer to ensure those services continue uninterrupted while a long-term operator is selected.

“We believe we are a model for what can happen with policies and procedures that protect the community, protect our guests, protect our employees, and we get positive outcomes,” Founder and CEO of the Guardians Mike Shaw said.

Work is also underway to make The Way Out drop-in shelter into the Bridge Housing Program. The program is expected to rapidly move people out of homelessness. The work is expected to be completed by early fall.

A young adult shelter recently began operating temporarily out of the Women's Hearth while a permanent location is secured. A permanent site near Spokane Community College is being considered.

The city has also identified some immediate steps to improve the environment in Downtown Spokane. They include: