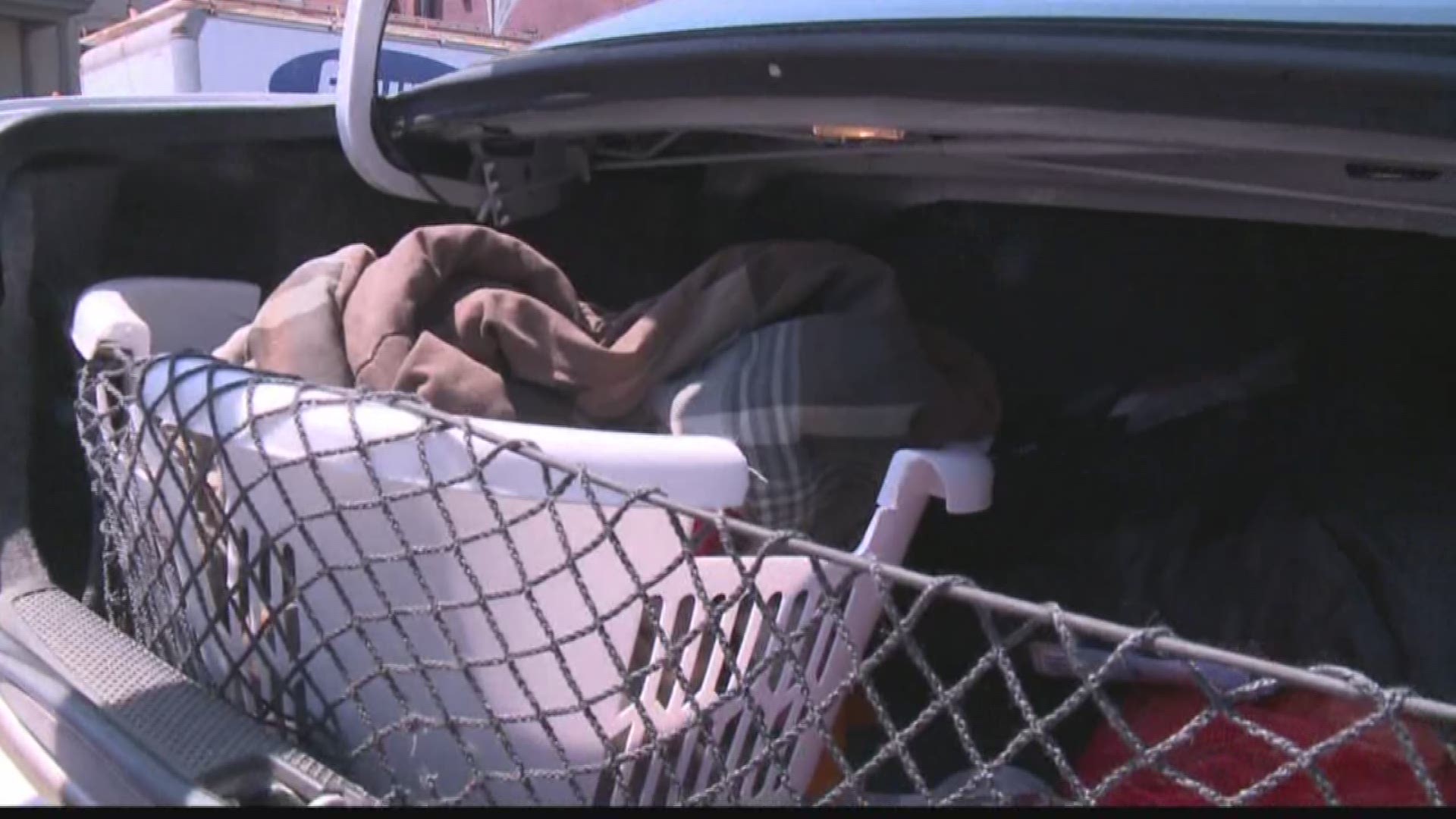 SPOKANE, Wash. — A Spokane man has set out to help the homeless in the community, one backpack at a time.

Rick Clark created “Giving Backpacks” and has been filling and handing them out to the homeless for two years now.

"You don't know what just a handshake is going to do or even a hug," Clark said. “You don't have to give somebody money you can just spend five minutes talking to them."

Clark is able to give out backpacks with the help of donations from the community. In total, he has stuffed and handed out 1,100 backpacks.

Rick Clark started giving out backpacks to the homeless in Spokane 2 years ago. He still is today...@KREM2 pic.twitter.com/CkJP2xSLsV

"There's just food and clothes and toiletries. I try to keep it about half full because they have their own stuff that they're carrying,” Clark said. “So they want to have room to be able to put stuff in."

Clark said he has been able to keep handing out backpacks to the homeless without spending a penny.

"It's almost like the community won't let it stop, so it keeps going and keeps going,” Clark said.

Each pack is filled with about $12 worth of donated items, adding up to over $13,000 put into these backpacks over the course of two years.

Clark has now handed out 1,100 backpacks full of food, toiletries, and socks. He says they also come with hope. @KREM2 #GivingBackpacks pic.twitter.com/ohjP8O7KN6

"Honestly when I first started I thought oh this is going to be a pretty cool thing for a couple of months in the summer,” Clark said. “But the more I went out and the more people donated, the more I got to touch lives and I got to meet people who had no hope in their eyes."

Clark said his "Giving Backpacks" campaign has given him a purpose in the community, one he hopes will continue for another two years and beyond.

To learn more about Clark's efforts, visit his Facebook page.