'Everyone was in shock': North Spokane apartment fire injures seven, forces residents to jump from building

A mother saved her two children by throwing them out of a burning building. The fire left several people including a firefighter injured. 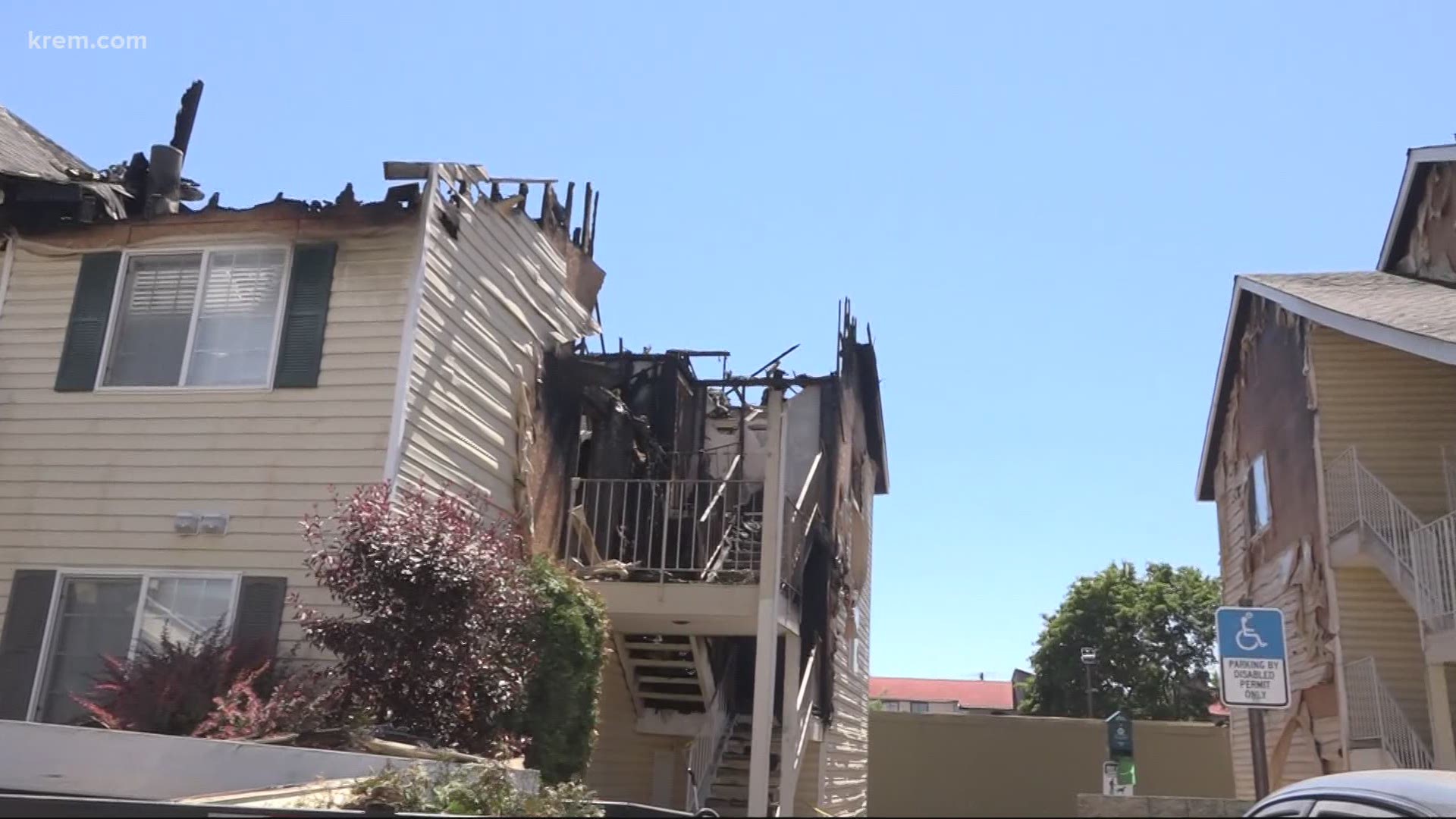 SPOKANE, Wash. — A fire at a North Spokane apartment complex injured seven people and even forced a mother to drop her children from the third floor balcony into the arms of rescuers.

Several people had to jump from the building to escape the flames. Both children had minor injuries their mother is still recovering in the hospital. Their family dog was also rescued from the fire and is doing well.

Firefighters responded to the 7000 block of N Colton Street.

Linda Jean Juitt, the mother, posted on Facebook saying the family lost everything in the fire and are having to start from scratch. The family is currently fundraising to recover financially from the fire. Her Cashapp is, $LindaJuitt there is also a Venmo the family is using which is @RhondaPulliam.

There is another fundraiser for the family that was posted on Facebook by a close friend of the family. The Facebook fundraiser can be found here.

Sonia Pina witnessed the fire and the dog rescue.

"Flames were just shooting out of the roof," Pina said.

Pina said that one of the people who caught the children from the balcony was driving by when he saw the smoke. She described that the man was visibly choked up after the incident, but said she was so thankful that he was there.

Pina described the scene as "surprisingly quiet" and she expected more chatter or yelling.

"Everyone was just so quiet and the looks on their faces, it was just pure shock," Pina said.

Michael Bacon, who is the Battalion Chief and Incident Commander for the Spokane Fire Department told KREM that one person was air lifted to Harborview Medical Center in Seattle. Bacon said one firefighter experienced a leg injury and one dog was rescued in the fire.

Multiple roads were blocked off in the area. Wedgewood Ave, Colton Street, Weile Ave and Wiscomb Street were closed while the they work to extinguish the blaze.

The cause of the fire is still unknown pending further investigation.