A Spokane couple with a backyard full of fire hoses is running a unique business. They make beer koozies, flasks, coasters and American flags out of the retired hoses. 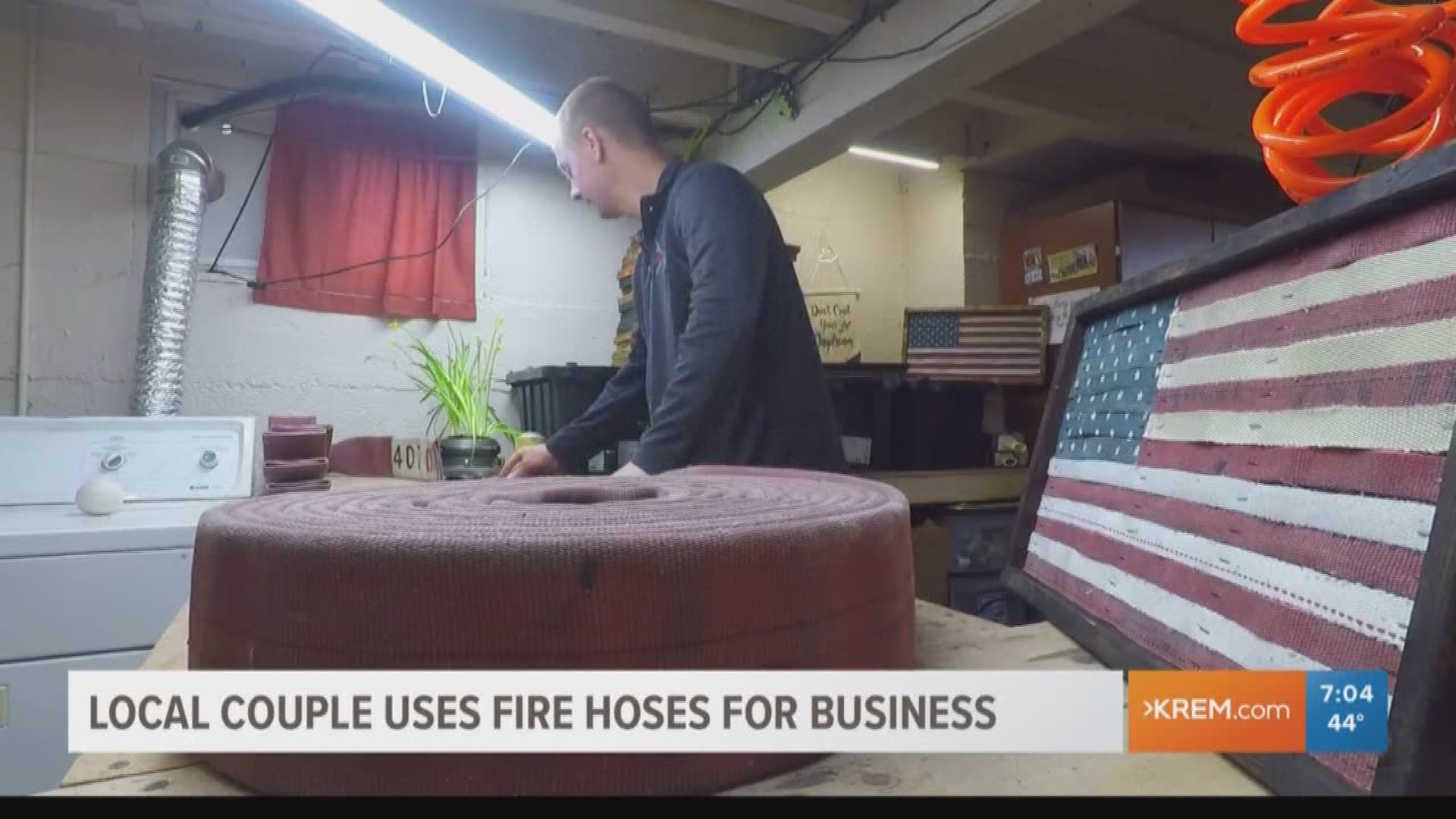 SPOKANE, Wash. — A Spokane couple with a backyard full of fire hoses is running a unique business out of the basement in their home.

The idea started off as a project and now has them sending their creations all across the world.

“We make beer koozies, we make flasks out of the hose, coasters. We make flags, small, medium and like extra large,” said Kayla Cartelli with American Fire Co.

The fire hoses may be retired but they are still put to work. Cartelli and her fiancé Michael Rideout are using them to make things like planters, key chains and even hanging bottle openers.

"We have a list of about 100 things that we want to make. We just need to figure out how to make them,” Cartelli said.

The idea started with Rideout, who decided his fire station needed an artistic touch. He made an American flag from retired fire hoses to go up on the wall.

“Other firefighters started seeing it and so they asked me to make one for an auction,” Rideout said. “It went for quite a bit of money and I was like, 'All right there is some money in this.'”

Rideout was right. So far, he and Cartelli have sold their homemade product to people in every single state across the U.S. and six other countries.

“I have a relationship with this retail store guy in Australia who has our koozies and coasters in his store and, so like, I would have never met Bruce from Australia if I wouldn't have done this,” Cartelli said.

For some customers, it's a cool item to have up in their home or store. To others, the retired fire hoses are very special.

“Which just means it has history, it has a story, it comes from all over the country,” Cartelli said.

“A lot of firefighters bring home a nozzle or a fire hydrant and they want it in the yard and they want to make it into something, and the wives and girlfriends don't always like that,” Rideout said. “It’s going to go in the house so the wife has to like it, too."

“We are a part of a lot of people’s retirements and graduations, promotions and all that kind of stuff, so it's kind of fun to be part of their lives in like a unique way,” Cartelli added.

Those who are interested in learning more or purchasing one of the couple's products can visit the American Fire Co. website.