The two schools have a goal of raising $50,000 to benefit the Team Gleason Foundation before the Apple Cup in Nov. They're counting on fans to get there. 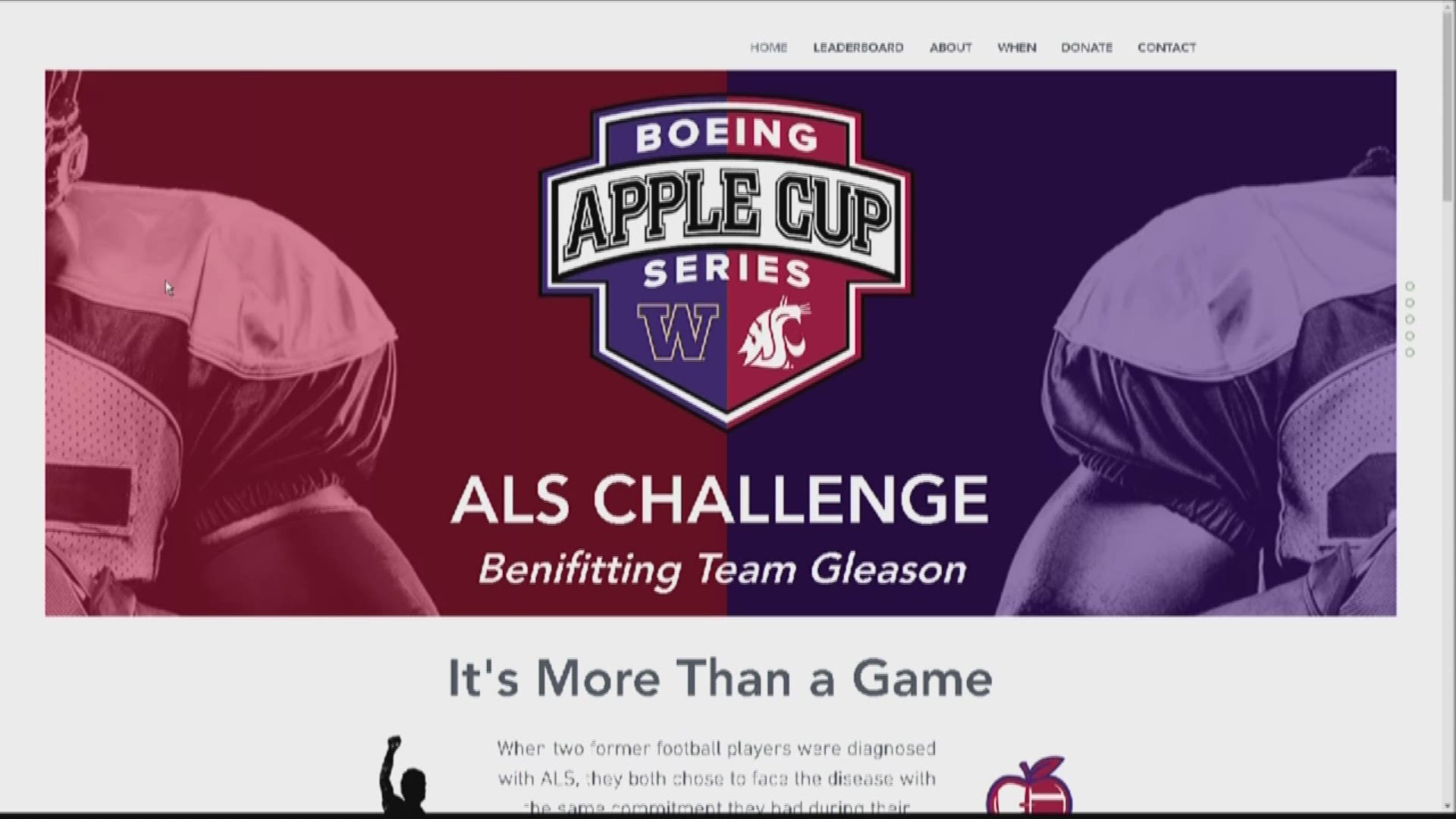 Former UW football player Phil Green partnered with the University for the ALS Challenge. Green played for two Rose Bowl teams while attending UW, one of which won the 1991 National Championship.

Green was diagnosed with ALS in Aug. 2018. Since then, he has dedicated much of his time to raising awareness by supporting groups like Team Gleason, Augie’s Quest and I AM ALS.

Green and Gleason along with the schools they are representing will compete to see who can raise more money from students, faculty and fans to benefit the Team Gleason Foundation, a charitable non-profit corporation raising money for ALS treatment and research. The winning school will be acknowledged at the game and receive a surprise award.

Steve Gleason played for the New Orleans Saints from 2000 to 2008 after playing linebacker at Washington State University, helping the team get to the Rose Bowl in 1997. Gleason was diagnosed with ALS in 2011.

ALS is considered a terminal neuromuscular disease. Gleason has made it his mission to show that patients can not only live but thrive after an ALS diagnosis.