Sarah Carter got to Guatemala just one week before the deadly volcano eruption. She lives with a host family about 10 miles from the Fuego volcano disaster area. 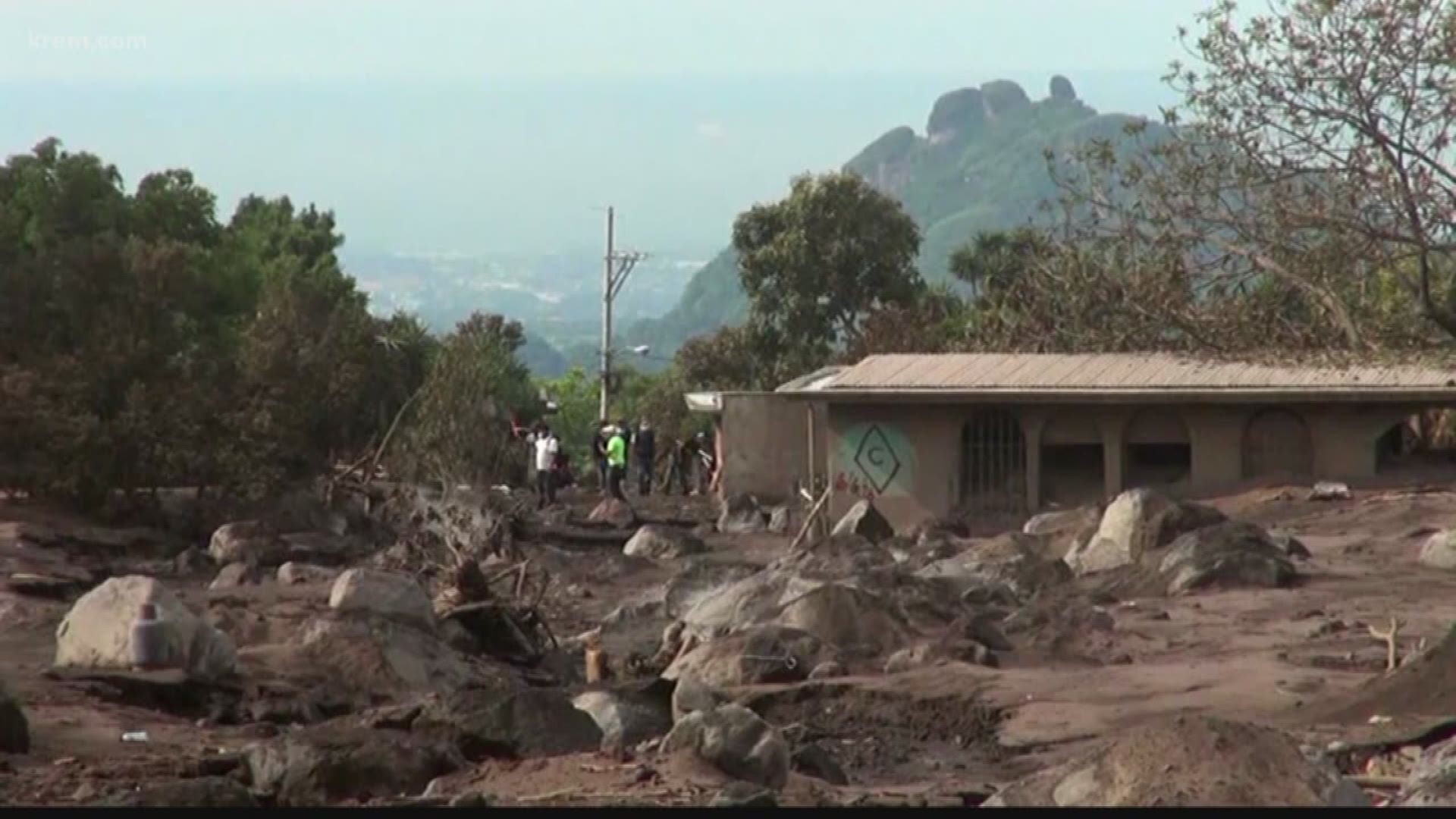 SPOKANE, Wash. -- A Whitworth University Student living in Guatemala is working to raise money to help with local volcano relief.

Sarah Carter got to Guatemala just one week before the deadly volcano eruption. She lives with a host family about 10 miles from the Fuego volcano disaster area. The eruption killed at least 109 people and nearly 200 are believed to be missing. She said like many, she did not realize what was happening when the volcano first erupted.

“It was rather surreal actually. The whole entire area is quite beautiful, the weather was almost perfect, and then Sunday when the eruption happened, a lot of us where in church. I was in church. We thought maybe it was thunder. We didn't think anything of it. The volcano of Volcan Fuego is very active all day long, its normal. and we didn't think anything of it until later in the afternoon and evening. I returned to my host family and they were watching news clips,” Carter said.

She said many of the people who lost their homes were already living in poverty. Some families were lost entirely. While the destruction is heartbreaking, Carter said the generosity of the people on our area is beautiful.

She said she was drawn to the country originally because her family spent time there building homes for 'habitat for humanity.' She said this experience has called her to help. The Air Force veteran is working to raise money for disaster relief.

She started a GoFundMe account with the goal of raising $10,000 to help build homes. Carter will be in Guatemala for the next three weeks. She said she already has plans to return to Guatemala to help.