The Inland Northwest Blood center, now known as Vitalant, allows donors to sign up for text alerts when their blood is being sent to a hospital to help a patient. 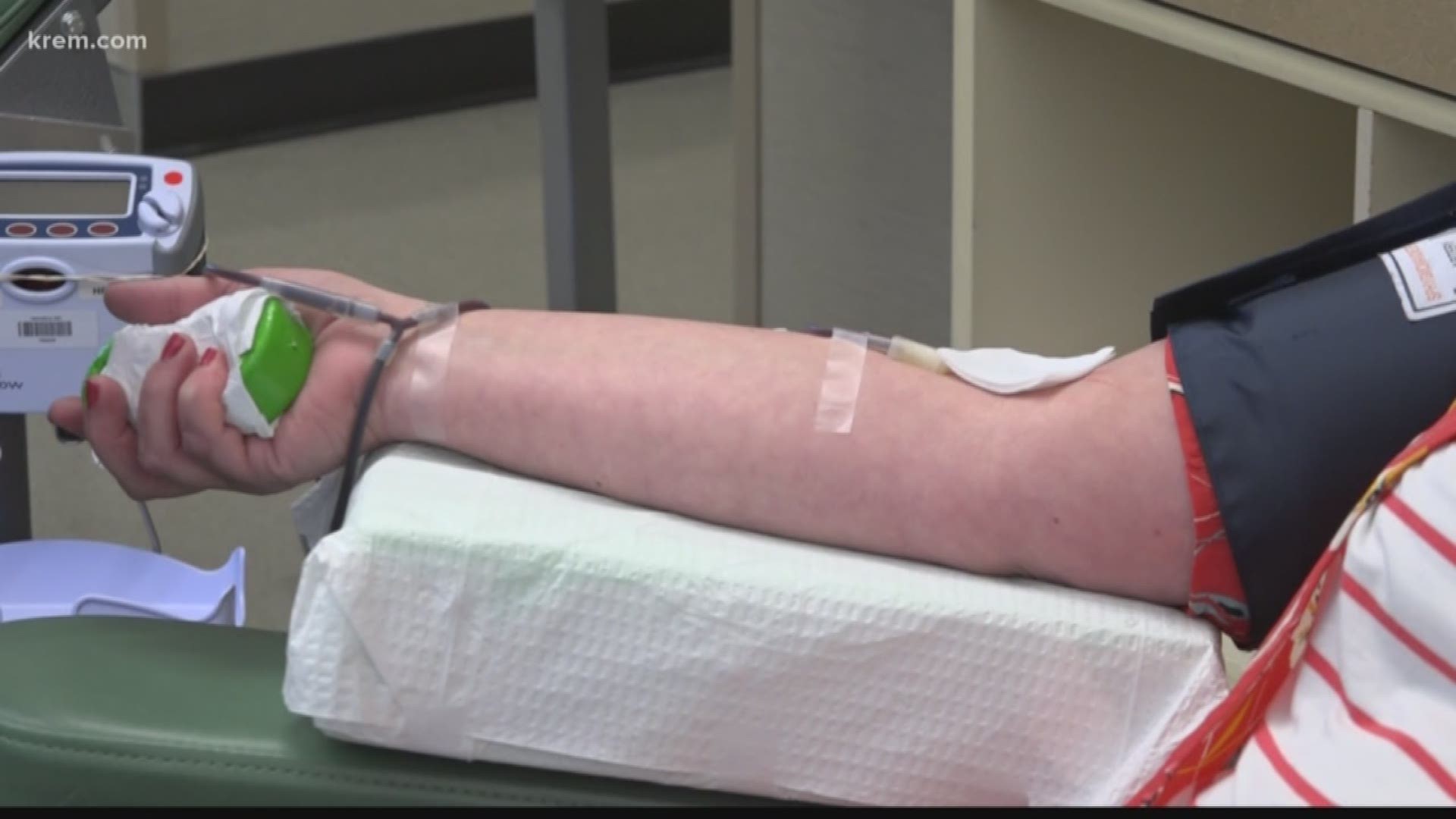 SPOKANE, Wash. — Blood donors no long have to wonder when or how their donation is being used.

The Inland Northwest Blood center, now known as Vitalant, allows donors to sign up for text alerts when their blood is being sent to a hospital to help a patient.

Tricia Cheevers donates blood as often as she can. She said it's her way of helping others.

"There is no substitution for human blood,” Cheevers said. “If someone needs a transfusion, it’s the only way they’re going to be able to get it.”

Like many blood donors, she often wonders who her blood will help, and how soon after she donates.

But she no longer has to wonder.

Vitalant gives donors the option to sign up for text alerts that say when your blood is heading to the hospital to help a patient needing a transfusion.

Already donating her blood frequently, Cheevers gets a lot of these texts.

“The very first text alert I received was in January 2017,” Cheevers said. "I’ve had nine text messages that my product’s been sent to the hospital for transfusion.”

The texts get sent out within a few days of the blood reaching the hospital.

"I’ll tell you when I get the text message I wonder who’s in the hospital, what mom is getting my product, whose life am I saving, who’s baby?" Cheevers said. "It’s just a great feeling,”

The texts only say when the blood is heading to the hospital. But Tesia Hummer with Vitalant said the donations help anyone ranging from a trauma patient to cancer patients coming in for treatments.

“We have found that donors who receive those text messages are so much more likely to come back," Hummer said. "We actually receive a lot of positive feedback from those donors that they feel the value of coming in.”