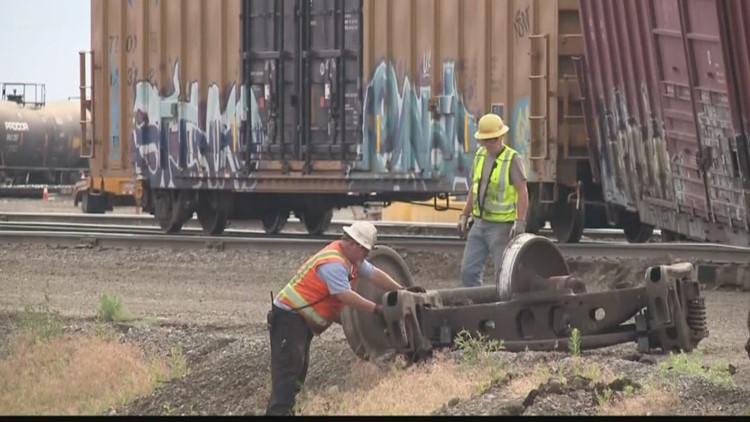 Editor's Note: The above photo is from a derailment earlier this year.

SPOKANE, Wash. - Union Pacific said a train derailed outside of the Spokane Yard on Friday evening. It's at least the fourth time a train has derailed in that location since July.

The cars were carrying nonhazardous materials and there were no injuries or releases during the derailment, according to McMahan. He said the cars were rerailed on Saturday afternoon and the cause of the derailment is under investigation.

On Aug. 20, two empty cars derailed near the intersection of East Sprague Avenue and North Havana Street. None of the four derailments have resulted in leaks of materials.