The Backbone Campaign Company is responsible for bringing the balloon to Spokane. They've also brought balloons to other events, like the Bumbershoot music festival that was in Seattle last month. 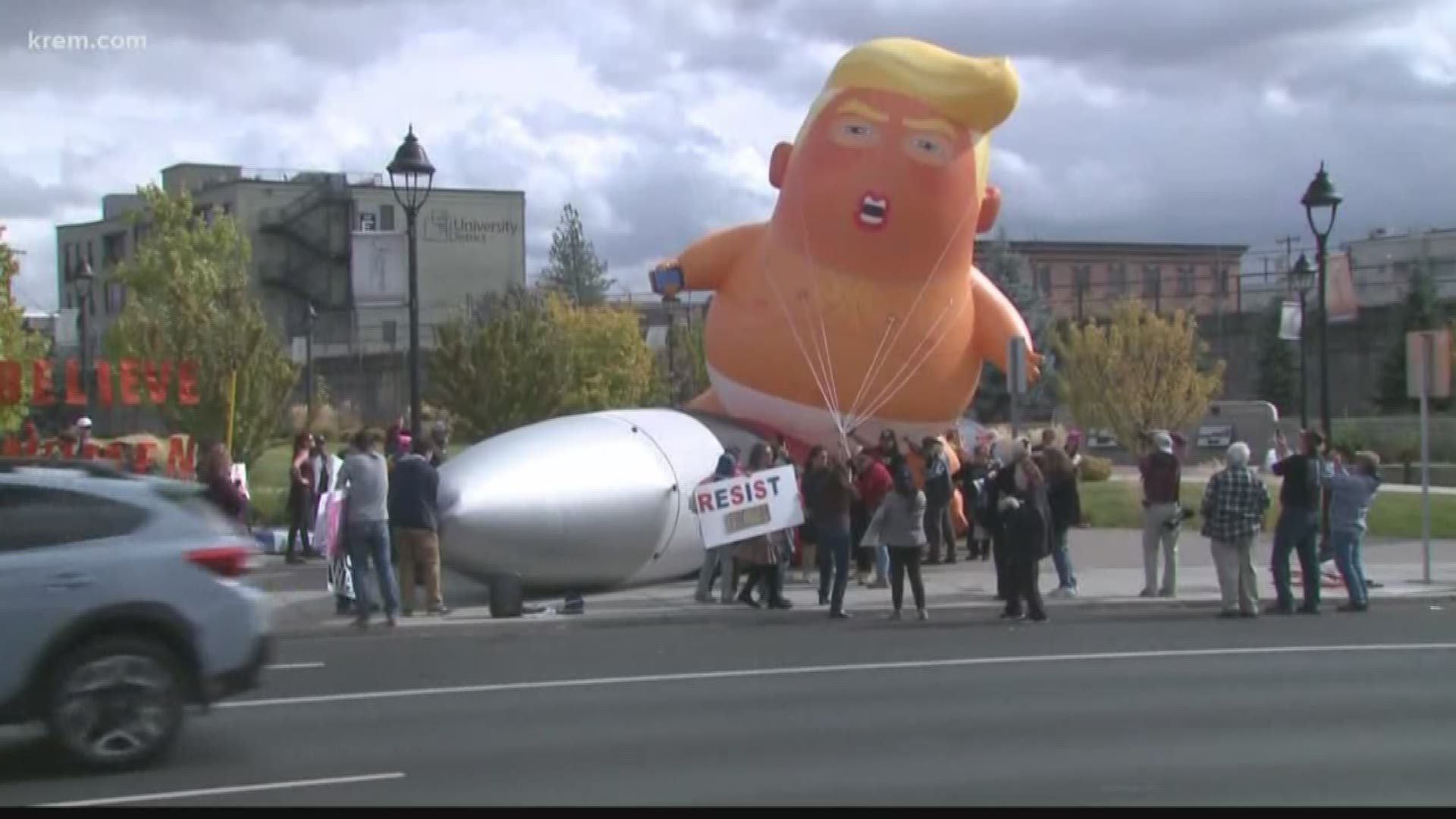 Protesters gathered around the balloon with signs that said "Repeal and replace Cathy" and "Believe women." A group of President Donald Trump supporters were also there which sparked some strong, spirited debates.

The conversations are getting very heated. Moments before there were a lot of expletives. @KREM2 pic.twitter.com/yG07xSpCNk

The balloon is up and demonstrators are holding tight to it. We’ve felt a few strong gusts of wind. @KREM2 pic.twitter.com/SyZPPJ7fnM

The Backbone Campaign Company brought the balloon to Spokane. They've also brought balloons to other events, such the Bumbershoot music festival that in Seattle in September.

The company's executive director, Bill Moyer, said the balloon is a part of a concept called "Artful Activism." It's the company's way of responding to controversial political topics and figures.

Tuesday's Trump Baby balloon came from all the way from the United Kingdom. The company ordered it about a month ago after local community members raised the funds to request it.

It cost about $4,500 to make the balloon and another $900 to fill it with helium. It's about 40 feet tall and 14 feet wide. Moyer says this was the only Trump blimp on the west coast.

He said there have been previous attempts to sabotage their plans to fly the balloon, so they did not publicly release its location before flying it Tuesday.

There’s quite a crowd gathered to see the balloon. @KREM2 pic.twitter.com/43f8w9OtyD

The balloon must be displayed in an open area away from trees and power lines.

The weather will determine how high the balloon will fly, since a windier day means they have to keep it close to the ground.

Moyer said the Trump balloon will also be accompanied by an inflatable missile that will sit next to it.