The haunted history of a Hillyard antique shop

The building that now houses Market Street Antiques was built in 1903 and is now on the National Register of Historic buildings. 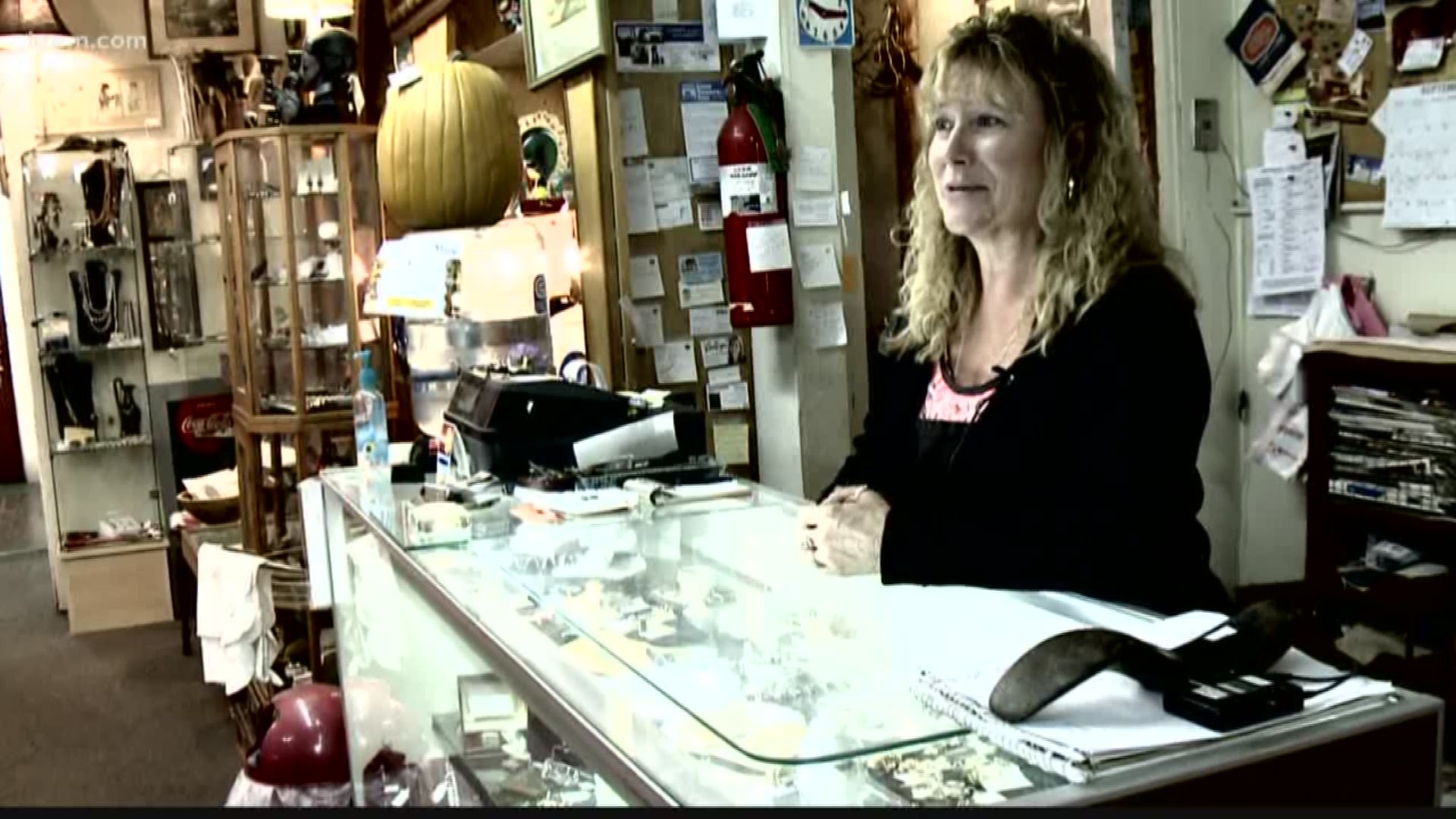 SPOKANE, Wash. – It is a quaint antique shop in the heart of the Hillyard neighborhood and it has its fair share of spooky stories.

The building that now houses Market Street Antiques was built in 1903 and is now on the National Register of Historic buildings. The space has been used for a number of different businesses. It was first a furniture store until 1914, then a printing shop from 1919 until the 1950’s.

According to local historian and ghostologist Chet Caskey, a family that had at least 17 children once lived in what is now Market Street Antiques and may be one of the sources of the spookiness. The current owner of the shop, who bought it in 2002, has had some creepy encounters.

“This particular place has more spirits than any bar in Hillyard, I’ll tell you that,” Caskey explained. “It has ghost stories that are abundant.”

Caskey’s favorite ghost story from the shop is about a woman named Bessie. About 13 years into owning the antique shop, Susan Hess and an employee came in one morning to find a large, oval photograph of a woman. They had never seen this picture before and it was not an item they were trying to sell. Caskey said at first they could not tell what it was because it looked as though someone had painted over it and took an oily rag to the front of it. Hess and her employee were obviously confused.

“In the following weeks and months, the paint and the smeared oil, it all slowly, very slowly, disappeared,” said Caskey. “Until many months later it revealed this picture.”

On the back of the photo it reads, “From Grandma and the Martin girls to Bessie 4/11/34.” The picture is on display right across from the cash register in the shop. It is one of the few items that is not for sale.

“We figured she wanted to be here, there was a reason, there was an attachment,” Hess explained. “So there she sits and we all welcome her.”

This is not the only odd thing to happen in the shop. Hess said she knew right off the bat that something was going on in the shop. She suspects there are ghosts of children who play with the toys on the second floor. Some of her patrons have even told her they felt like someone was near them while they shopped. She said there is also a female ghost who stares out the upstairs window all the time. A medium once told her the woman does not like that display cases block the window. Hess even believes the spirits like to play tricks on her.

“I’ve even had something happen in just the last hour, before you guys got here,” Hess said. “I have a bracelet I was wearing and somewhere it’s disappeared and I’m on a hunt through this store trying to figure out where they hid it from me.”

Hess said she is not scared when she encounters, what she calls, “the energy” in the shop. She said she has gotten used to it over the years, but others are not so amenable.

“I have a few people who don’t like to be in the shop past dark,” she said.

There is one spot in the shop she will not go: the basement.

“I don’t usually allow people in the basement, we don’t go down there so that’s just the way we leave that,” she explained.

Hess did not want to go into too much detail about what she has encountered in the basement. She said whatever it is, it does not like to come out and she feels like it is watching her when she goes down there. She just tries not to disturb it.