Thousands will take to the streets of downtown Spokane for Bloomsday on Sunday. A perennial runner said his leg may be broken but his spirit remains intact.
Author: Kierra Elfalan
Published: 5:23 AM PDT May 3, 2019
Updated: 6:21 AM PDT May 3, 2019

SPOKANE, Wash. — Thousands of runners and walkers will take to the streets of downtown Spokane during the most anticipated race of the year on Sunday.

A perennial runner said his leg may be broken but his spirit remains intact.

Pete Thompson has participated in Bloomsday since its beginnings in 1977.

For perennial participants like Thompson, making the event each year is a tradition they do not plan to break.

Thompson even missed his youngest daughter's baptism to make it to Bloomsday.

At 75 years old, Thompson has had many great memories from an event that has grown along with him.

When he broke his leg in February, he thought his days of participating in Bloomsday were over until one of his doctors offered to push him herself.

From there, the quest to find a wheelchair began. Thompson may have just found the perfect one.

The wheelchair he will use belongs to Walt Mabe, a Marine who lost his lower right leg years ago while fighting in Vietnam.

"I am going to try to make him proud by using it and acknowledging his service to our country, number one, and number two, his generosity," Thompson said.

RELATED: Stories behind the people who inspired Bloomsday runner statues

RELATED: Five things to know about Bloomsday (even if you're not competing)

About a dozen volunteers, including family and friends of Thompson, will be taking turns pushing him until he makes it across the finish line.

"I feel grateful and it's so generous of them, time and effort," he said.

David Kirkman, a good friend of Thompson, will also have a hand in making sure he completes his 43rd Bloomsday course. Kirkman has participated in every Bloomsday except one: the very first.

"It's a feel-good thing, I'm never going to be able to be a perennial because of missing that one, and so I help preserve that. To me, that's important," Kirkman said.

Thompson said perennial numbers sadly decrease each year. Luckily, he won't be one of those who just couldn't make it.

He said he plans on doing the event next year and can't wait to make it to 50. 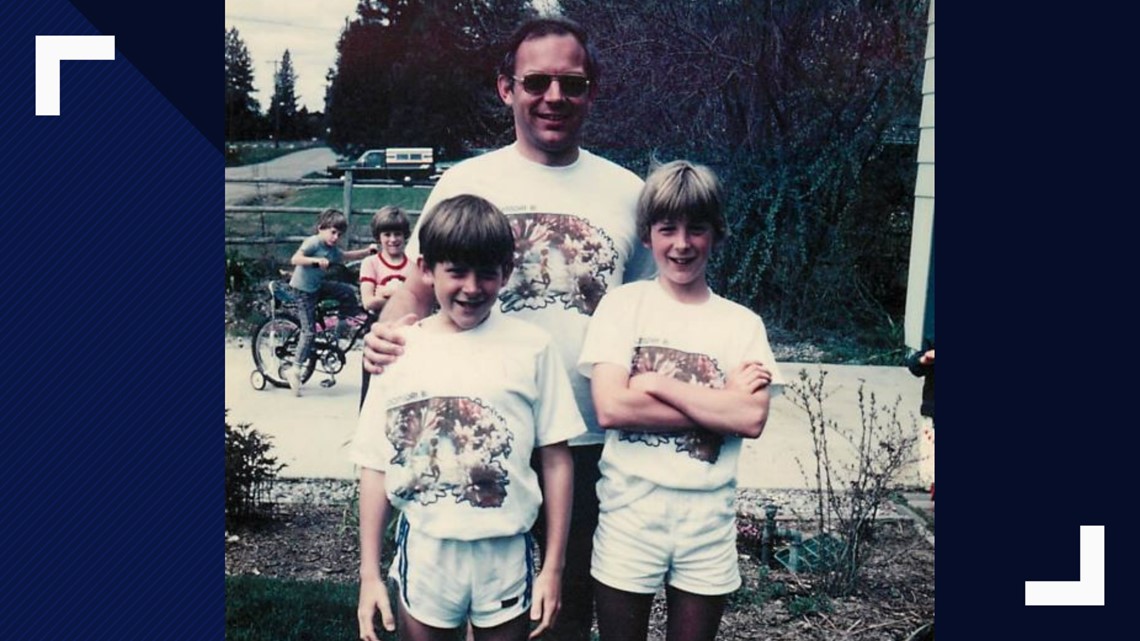 RELATED: From snow to sunshine: A look back at Bloomsday forecasts