A look back at the City of Spokane's accomplishments and goals they are still working toward. 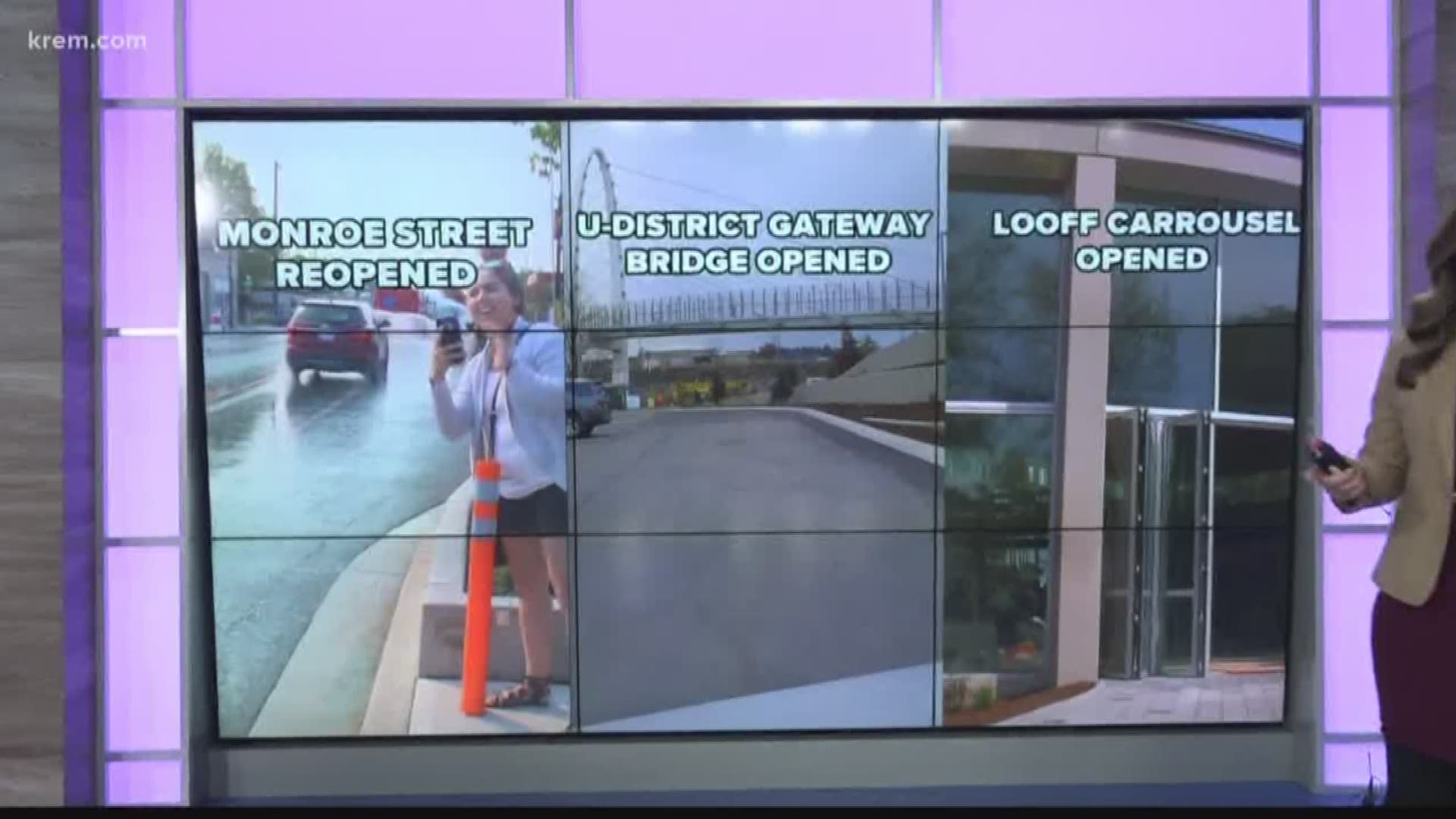 As 2018 comes to an end, we wanted to look back at the city of Spokane's biggest accomplishments, and areas it's still working on.

Starting on a lighter note, we saw quite a bit of new things this year.

After five months of construction, Monroe Street reopened. It was finished about six weeks ahead of schedule!

And at the end of December, the University District Gateway Bridge opened to pedestrians.

Riverfront Park continues to transform. And those transformations included the Looff Carousel. It opened its new glass doors to the public in the spring.

The city also launched its new snow removal plan. Residents must now park on the odd side of the street. And full city plows are expected to take about three days to complete.

But agents are still doing these searches. And now some council members are considering taking the issue to court.

The city also temporarily suspended its sit and lie ordinance. Activists wanted to see it completely abolished and protested by setting up camp outside city hall.

Police eventually cleaned up the camp and told people they had to leave.

Council members also passed a law cracking down on people passing off their pets as service animals. It aligns with the law passed by Washington state last year.

The Spokane Police Department will also no longer be able to sell the guns it confiscates. The new law requires the department to now destroy guns instead of auctioning them.

Turns out, property crime in fell across almost all categories in 2018 compared to 2017, but violent crime was up nearly 14 percent.

Council president Ben Stuckart sent a statement looking back on the year.

It reads, "2018 saw continued economic growth, record investment in our streets and property crime decreased. We were excited to see the opening of the University District bridge open and a redo on Monroe. In 2019, we need to work hard everyday to address our housing shortage."

The city is still working on addressing downtown parking. And it's still deciding if Lime bikes and E-scooters will come back.

Here are some other items addressed by the city this year: