In surveillance video from the Hico on Perry Street in Spokane you can see Alexandra Pearson begin to pull away from the gas pump. As she did the window of her 2007 GMC Envoy shatters. 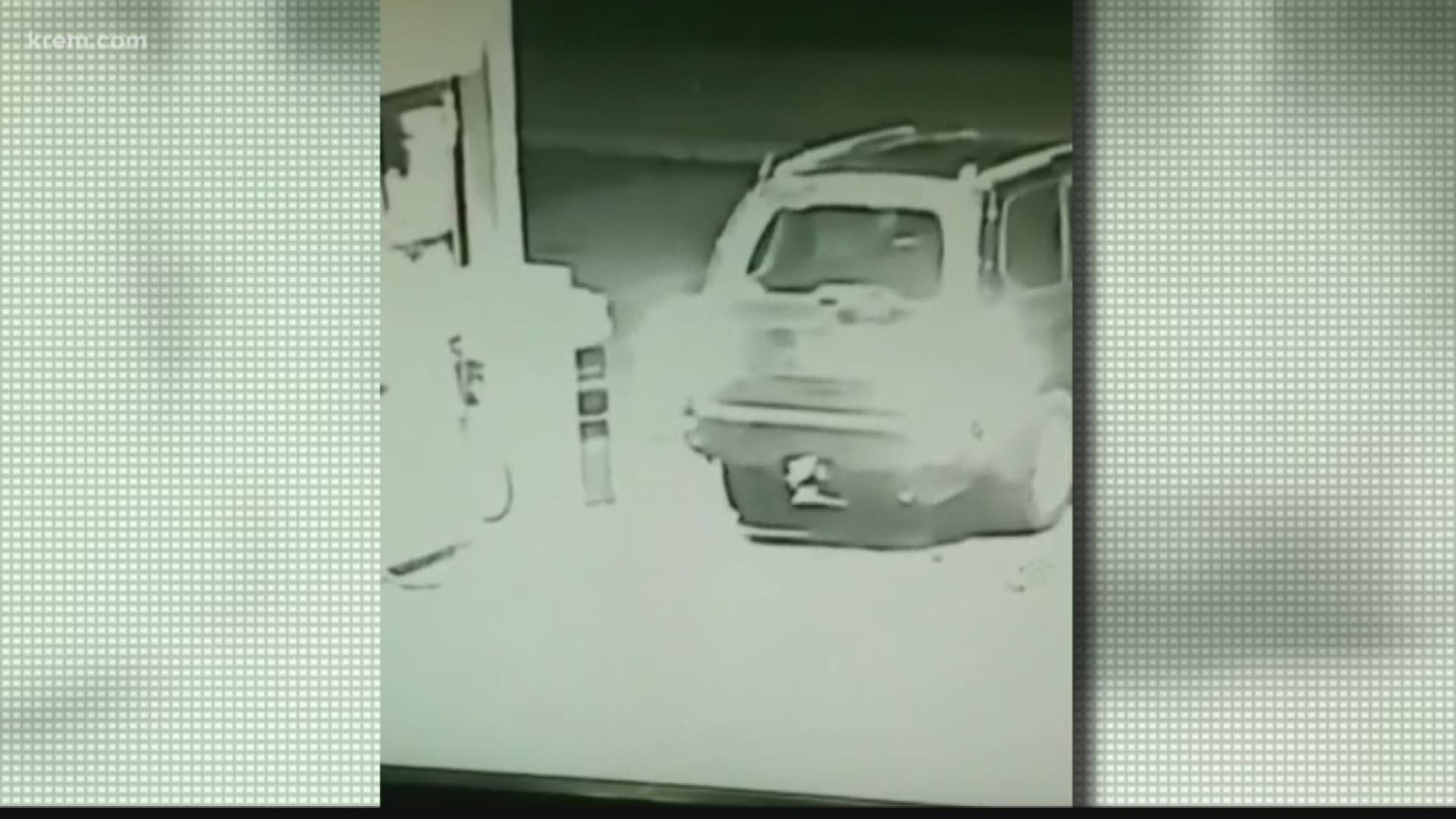 SPOKANE, Wash. — A Spokane woman is still shaken up after her SUV’s back window spontaneously exploded Tuesday.

In surveillance video from the Hico on Perry Street in Spokane you can see Alexandra Pearson begin to pull away from the gas pump. As she did the window of her 2007 GMC Envoy shatters.

“It just sounded like a gun. I was really scared,” Pearson said.

Pearson said she jumped out of the car to make sure her kids were okay in the back seat. No one was hurt. Pearson said she called to police and they did not find any evidence the window was shot out. She went into the gas station to check out the surveillance video. In the video it is not apparent anything fell on the car or hit it.

Pearson said to replace the back window will cost her $500 to $1,000. She said she cannot afford it. She filed a claim with GMC to see if the company will cover the cost to replace the window. So far she has not gotten a final response.

KREM reached out to GMC and as of 6:00 pm Thursday has not heard back.

“As part of that investigation, NHTSA has reviewed similar complaints from owners of other vehicles, and has sent official information request letters to four additional manufacturers on 12 models with comparable sunroofs. NHTSA’s investigation is focused on determining whether there is a safety defect in any of these vehicles that presents an unreasonable risk to safety, and we will take action if necessary to protect safety,” according to a statement from the administration.

Pearson said her SUV’s back window was made with tempered glass.

Dan Martinez, president of Allstar Glass Company located in Spokane Valley, said he has heard of windows made with tempered glass spontaneously breaking before. This type of glass is used in car windows.

He said it is designed to shatter and can be temperamental. Changes in temperature can cause it to break. A defect or abnormality during the manufacturing process can also cause a window to shatter without being hit or damaged. Martinez said it is difficult to determine why a certain window spontaneously breaks.

Pearson said she wants to push manufactures to take a deeper look into this problem. She said it is their responsibility to make sure their products are safe.

For now, she cautions other drivers about this unexpected potential danger.