Jacquelyn Bigelow claims that the scooter stopped abruptly without her pulling the brakes, throwing her off the scooter. 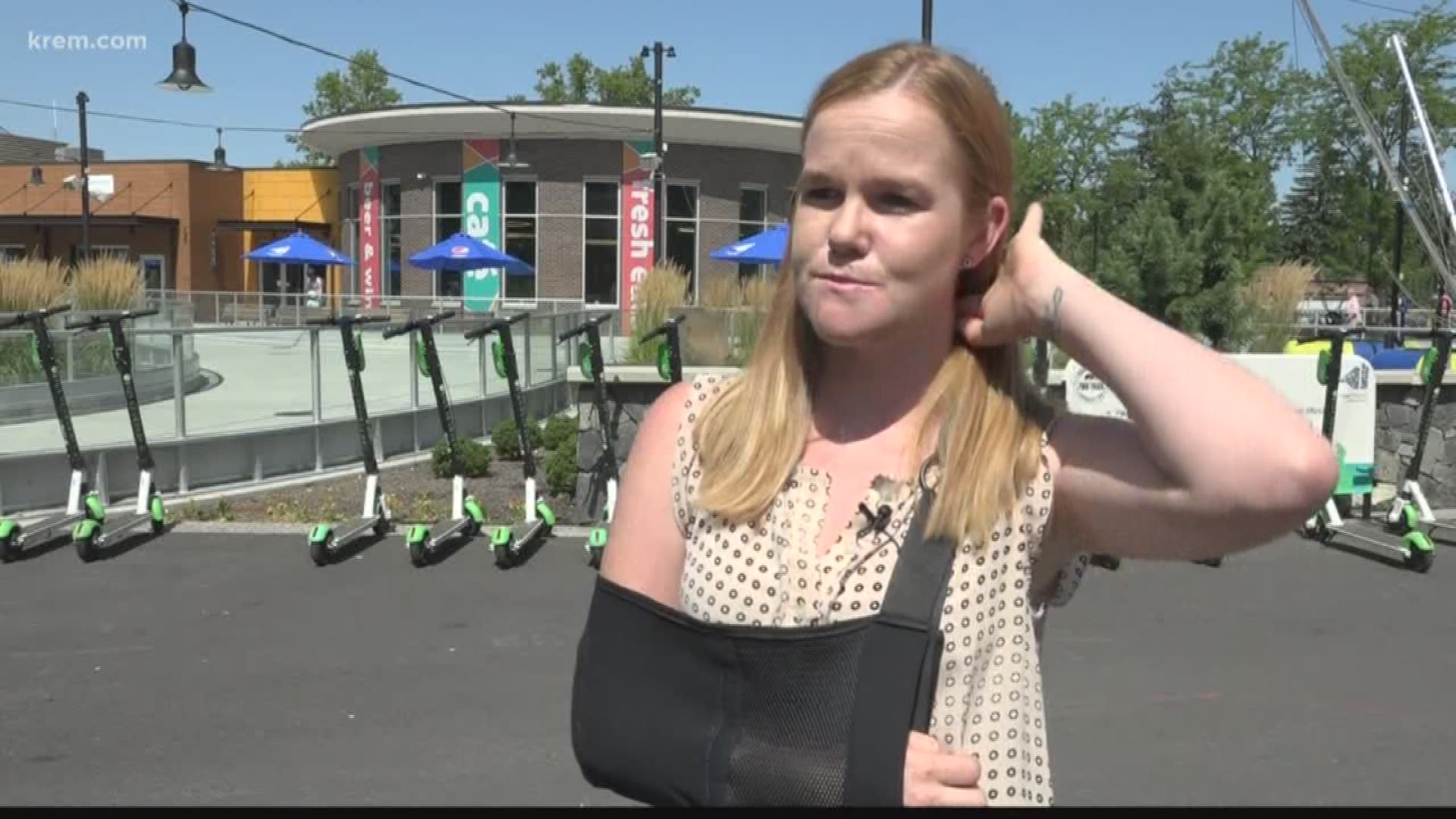 SPOKANE, Wash. — A Spokane woman said she's used a Lime scooter for the last time after she crashed one on Friday and suffered major injuries.

“I flung forward and hit my teeth on the handle bars, which messed up my front teeth, and I proceeded to fly forward, hitting my jaw on the cement,” Jacquelyn Bigelow said. “I ended up breaking my jaw in four places and broke my arm as well."

This was only Jaquelyn Bigelow's second time riding a Lime Scooter.

She and her husband each rented one after eating downtown on Friday. Only half a block into the ride, she said it felt like the brakes locked up, stopping the scooter abruptly.

"It was almost like the brakes engaged without me touching them,” Bigelow said. “The wheels stopped. Everything came to a dead stop and it felt like hitting a brick wall."

She said there were no bumps or pot holes in the area, and she never touched the brakes.

According to a Sacred Heart spokesperson, the hospital has seen one Lime bike and 25 Lime scooter accidents since May.

But Spokesperson Jennifer Semenza said these numbers could be higher because people may not have disclosed the source of their injuries.

Lime Spokesperson Alex Youn said safety is the company's number one priority. They want riders to feel safe and that Lime is a reliable mode of transportation.

He said when a problem with a scooter or bike is reported, they are immediately taken out of service and staff will do maintenance before returning them to the streets.

All Lime riders are encouraged to report any issues with their scooter or bike. You can do this in the app, specifying which scooter or bike you rented, and which part malfunctioned.

In fact, Youn said Lime riders are insured up to $1 million. If you are injured from riding a Lime Bike or Scooter, you can file a claim by emailing Lime customer service.

Warning: The photos below may be graphic to some viewers in their depictions of injuries.