Recently, Spokane suspects who appeared on 'Live PD' spoke on the radio program 'This American Life.' 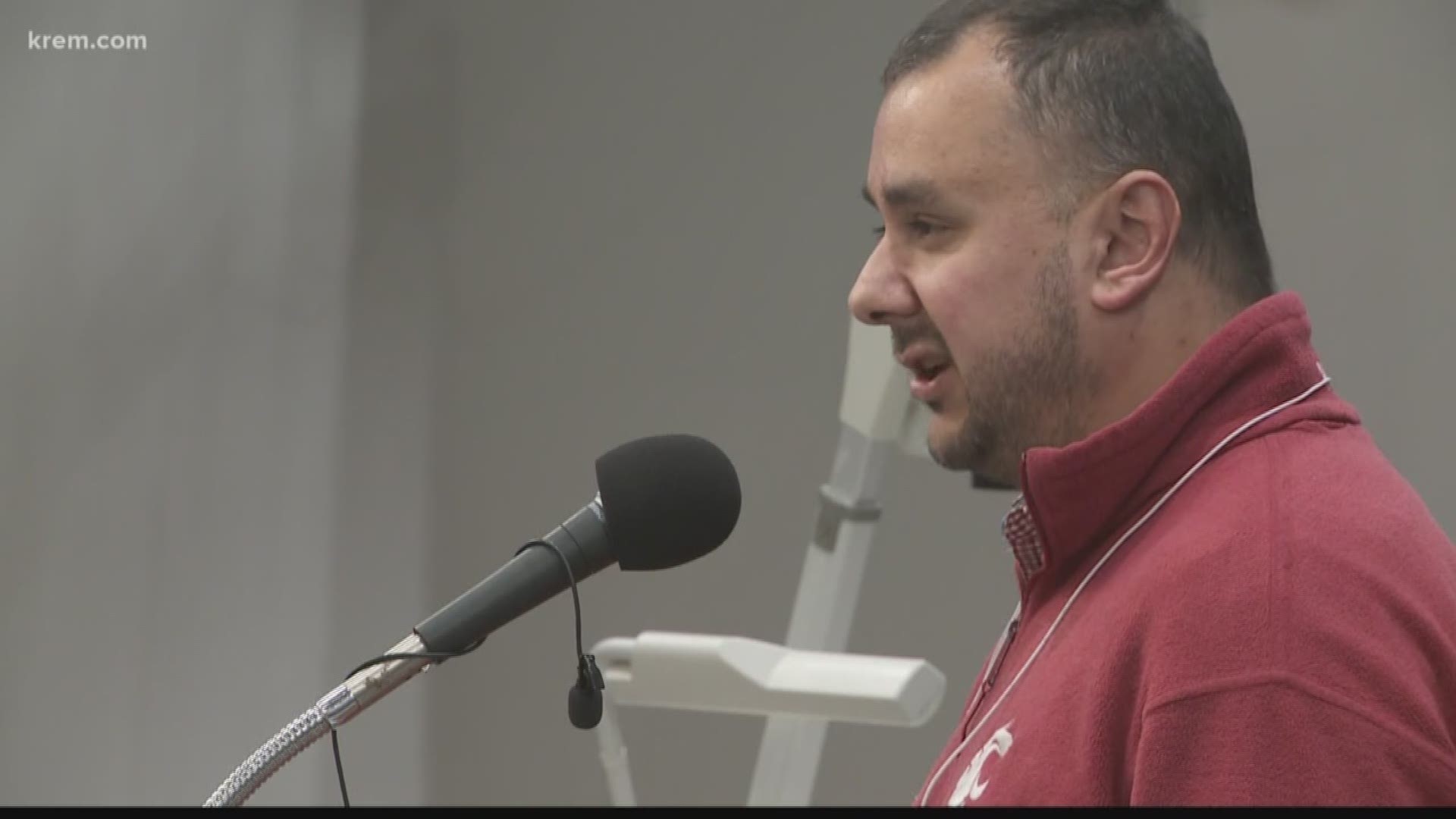 Editor's note: The sheriff's office was highly critical of the 'This American Life' episode and said the show made several factual errors. This article has been edited to reflect the sheriff's office's stance on the show's reporting.

This story previously mentioned that the suspects spoke with Ira Glass, when they in fact spoke with Dan Taberski on a podcast titled "Running from Cops"

SPOKANE, Wash. —  In March of 2018, the Spokane City Council passed an ordinance imposing new restriction on reality police shows such as “Live PD” on A&E and "Cops” on the Paramount Network (formerly Spike).

Many people who spoke in support of the proposal were worried about mental health and racial profiling. Supporters of these shows said passing the ordinance was a mistake because the reality shows lead to better transparency for law enforcement.

The ordinance says production companies will have to get a business license in Spokane and require producers to screen footage before it airs to keep anyone with mental health problems from appearing on TV. A city employee would also be tasked with monitoring what is broadcast. Penalties for violating these rules will result in a civil infraction with a $250 fine.

This ordinance only applies to the city and does not apply to the parts of the county outside of the city.

The contract that “Live PD” had with the Spokane County Sheriff’s Office expired before the ordinance was passed.

Recently, Spokane suspects who appeared on “Live PD” spoke on an episode of the popular podcast “This American Life,” titled “I’m on TV?” The episode focuses on “what it’s like to be momentarily big on  the small screen,” including fans on Jumbotrons at sporting events and reality police shows.

The episode references an excerpt of another podcast called "Running from Cops" hosted by Dan Taberski.

At the beginning of the episode, Taberski uses a soundbite from Spokane County Sheriff Ozzie Knezovich, who says that “Live PD” has “tapped into something he can’t explain.” Knezovich talked to two reporters who visited Spokane for the episode and did not talk to Taberski.

“I’ve never seen anything like it before – not in 28 years,” he said on the episode.

Knezovich also said that the show did wonders for the sheriff’s office’s recruiting, with applications and calls rolling in from people across the country.

Spokane has appeared on 99 hours of “Live PD.” Taberski and his producers said they watched all of the episodes.

They tracked down a Spokane woman named Amy, who appeared on Season 2 of the show. During the episode, a sheriff’s deputy responded to a call about a disturbance and found Amy drunk in a trailer. She and her boyfriend were eventually arrested.

“Seems those who steal together stay together, and they’re both together in the backseat of that car – both with outstanding warrants,” host Dan Abrams said.

“They don’t explain where or why they’re even moving her, and they don’t wait for shoes. There are six inches of snow on the ground and they drive her through it in her pink socks,” Taberski said.

On the show, the deputy runs a check on her name and says that she has a warrant for possession of stolen property. According to Taberski, that warrant was actually issued for failure to appear in court.

Spokane County Sheriff's Corporal Mark Gregory said that the warrant was a Washington Department of Corrections felony warrant for possession of stolen property, not a failure to appear as Taberski claims.

Later, Amy told Taberski that she was afraid her appearance on the show would make her look guilty before her trial.

“Already I look like a piece of [expletive]. That’s another [expletive] nail in my coffin,” she said.

After the encounter, Amy does not appear on the episode again. She says she only remembers “bits and pieces of the encounter,” including the cops reading her Miranda rights.

“I woke up in booking and I guess I had a mask on my face because I guess I was spitting. It was really embarrassing,” Amy told Taberski.

Taberski asked Amy if she consented to appearing on the show. Her response: “No. Obviously not.”

Taberski explained that the show has argued in court that it is “basically news” and news does not need consent from suspects, so they should not either. He also said police approve everything that goes on air.

Amy said the officers in booking laughed at her because of her appearance on the show.

“They have no problem humiliating you and belittling you and degrading you,” she said.

One of Amy’s friends, identified as Jessica, also appeared on “Live PD” several times. She told Taberski that she thinks she was targeted in a way she would not have been if police were not followed by cameras.

The sheriff's office denied this claim and said Jessica had an active felony warrant, and that's why she was arrested.

In an episode on Season 1, deputies served a warrant on a woman they had dealt with “many times before.” That’s Jessica.

Jessica told Taberski she was smoking a bowl of meth in her mom’s driveway, so she ran and hid in the bushes before a police K-9 sniffed her out.

Later, Taberski explains that “Live PD” does try to get consent from suspects. Jessica said no, so her face is blurred. Regardless, she said friends and a niece who lives 300 miles away still recognized her on the show.

Jessica’s biggest complaint about the show: how relentless the cops were about getting her on camera. Her mom said “Live PD” and the cops looked for her with cameras six times since July.

“She’s a frequent flier that we know very well. She’s been arrested lots and lots of times for the same thing,” one officer said when Jessica appeared on the show.

“Just because I’m having a bad week or a bad month or a bad year doesn’t mean they can take my face and my name and call me a ‘frequent flier,’ like they said,” Jessica said on the show.

When the sheriff's office was asked about Jessica, they said officers were looking for her because she had a warrant, not because she makes good TV.

The sheriff's office said it's common for deputies to actively seek people wanted on felony warrants.

“That was true before ‘Live PD’ and it’s still true today,” the sheriff’s office said in a statement to Taberski.

Gregory said that the sheriff's office provided a comment about the circumstances surrounding Jessica and Amy's appearance to the initial reporters who reached out as well as a 'This American Life' fact checker, but that the show did not use their statement.