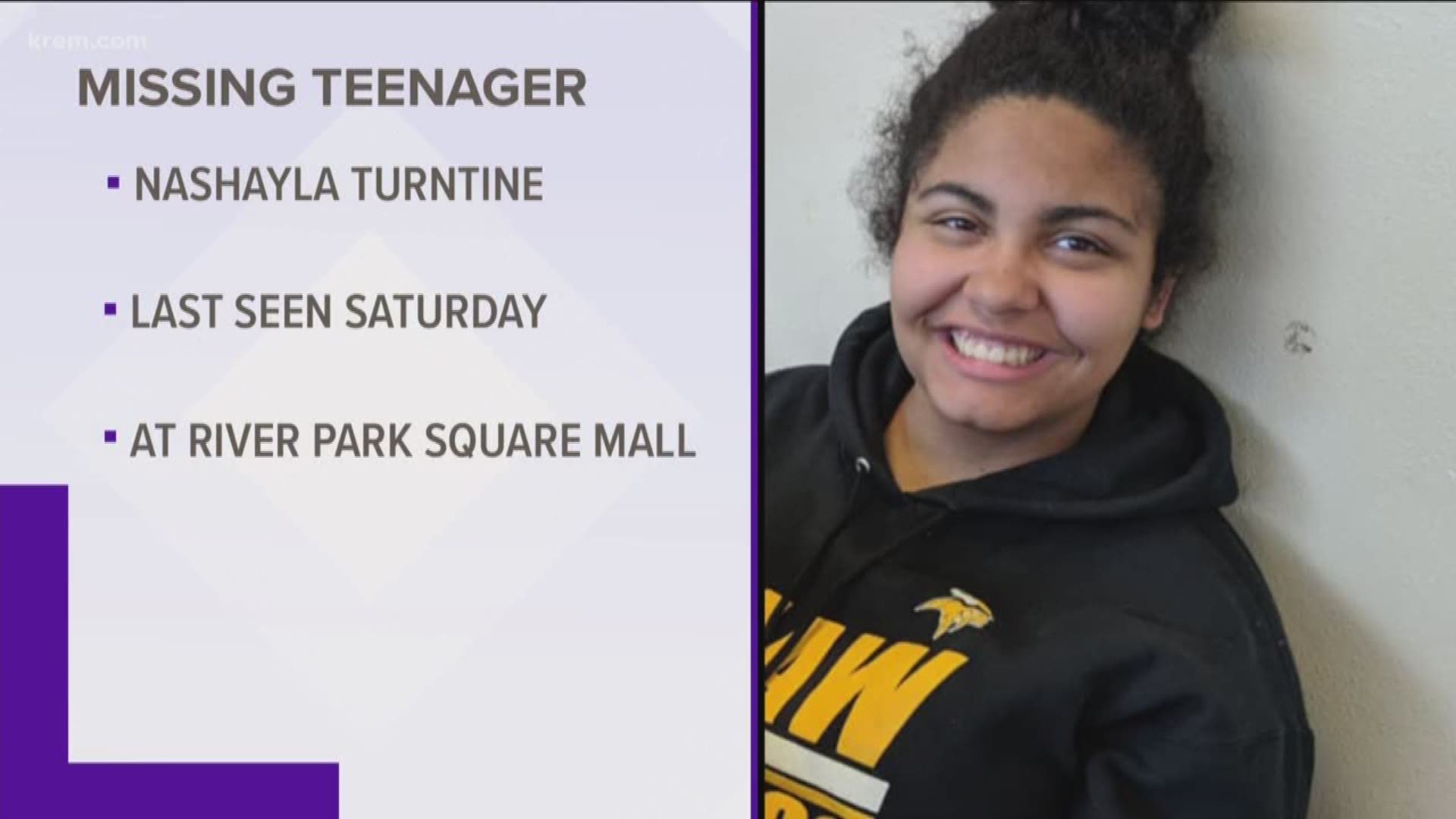 SPOKANE, Wash. — Spokane police say the 14-year-old girl who disappeared after attending the Rainbow Festival at Spokane Pride has been located in Massachusetts.

Police say Turntine was supposed to go a movie on Saturday afternoon before meeting her mom at the Spokane Civic Theatre no later than 9 p.m. When she did not show, her mom called Crime Check to report her missing.

Police say she was last seen at River Park Square Mall at about 4:15 p.m. on Saturday wearing the clothes pictured below:

RELATED: ‘A wonderful problem to have’: Changes coming to Spokane Pride after record number attend