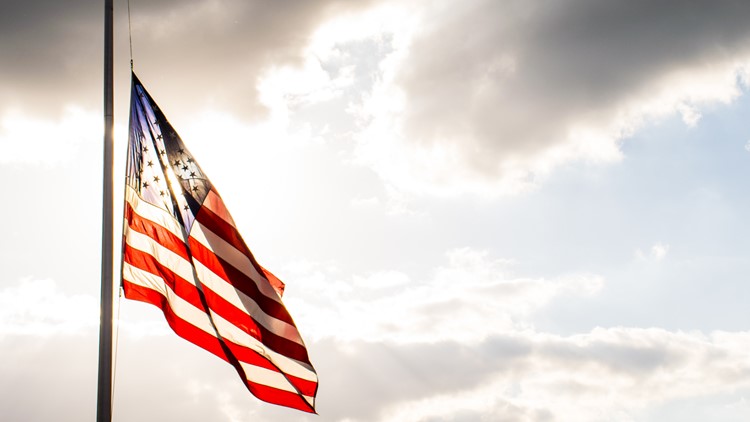 SPOKANE, Wash. — Spokane Mayor David Condon ordered that all flags at city facilities be lowered to half-staff on Wednesday in honor of those who died in the September 11 attacks.

"Today marks the 18-year anniversary of 9/11," Condon is quoted as saying in a press release. "It is our duty as a nation, as a state, and as a community to honor the victims and heroic emergency responders from that tragic day. Together, we will never forget.”

Condon also encouraged all other businesses, government buildings and citizens to also lower flags to half-staff in honor of the 9/11 victims.

Cities nationwide are holding memorials, vigils and other remembrance events on the 18th anniversary of the September 11, 2001 terror attacks.

RELATED: Rocket blast at US Embassy in Kabul on 9/11 anniversary